This page of the guide to LEGO Star Wars: The Skywalker Saga contains a walkthrough of the Battle Above Yavin 4 side mission. We explain how to destroy all Imperial ships.

Report to Garven Dreis outside Yavin 4 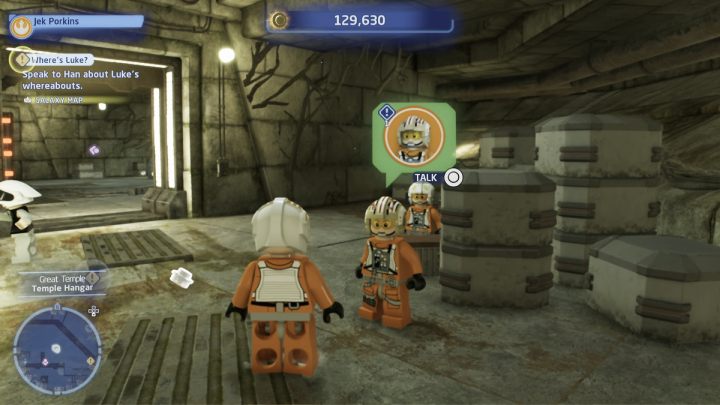 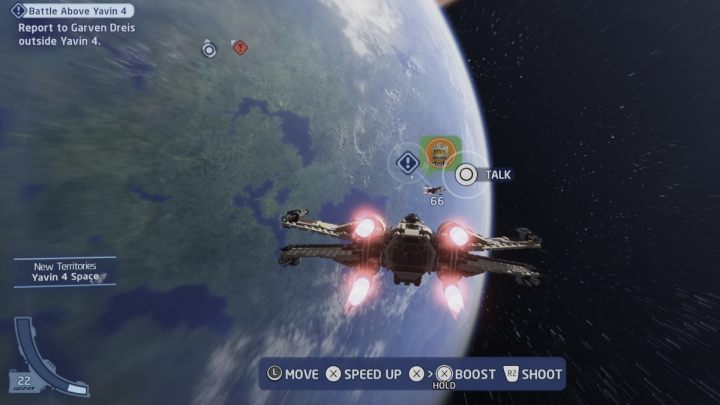 Accept the quest from the questgiver in the Great Temple's hangar. Fast travel to Yavin 4's local space. Reach the rebel ship and talk to the commander. 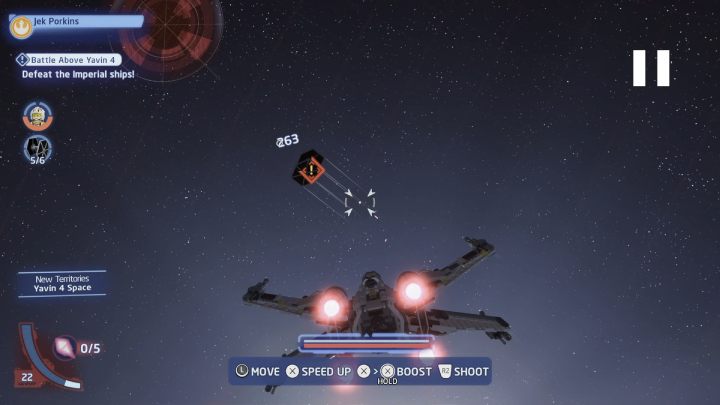 Follow the commander's ship and defeat all hostile ships. There are icons on the left side of the screen, showing the commander's health and how many enemies you have left to eliminate. 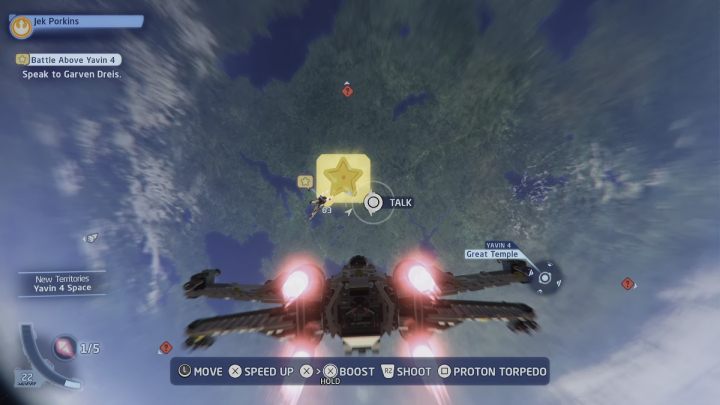 After the battle fly towards the commander's ship and talk to him to claim your reward.