On this page of the LEGO Skywalker Saga game guide, you can find a description of the boss fight with Rancor. You confront this large monster during A Plan to Save Han mission which is part of Episode 6 (Return of the Jedi). From our walkthrough, you will learn how to react to Rancor's unique attacks, as well as how to weaken the beast and defeat it.

Where you fight Rancor

Rancor is a large beast that you fight in the final phase of the A Plan to Save Han mission, specifically after going through the palace as Luke and finding the remaining heroes captured by Jabba. 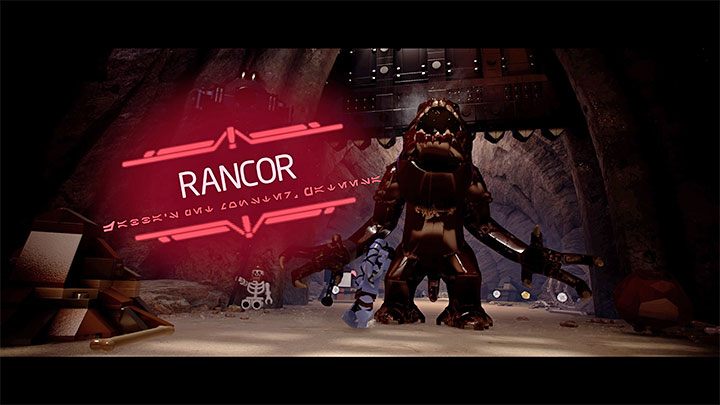 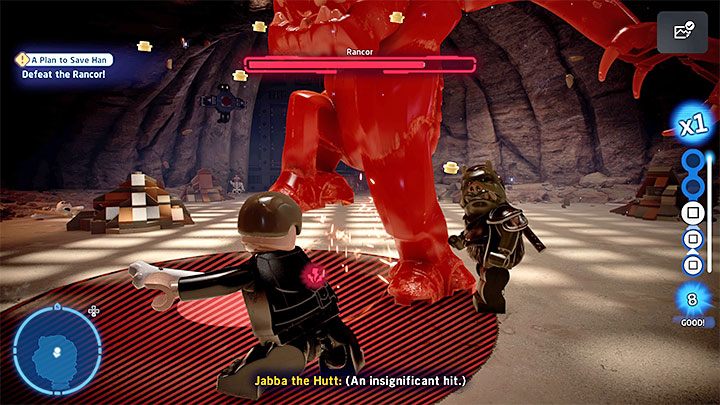 During this fight, watch out for the red lines and circles that symbolize all the heavy attacks, incl. Rancor's charges and places where it lands. Keep moving and dodge, if necessary. 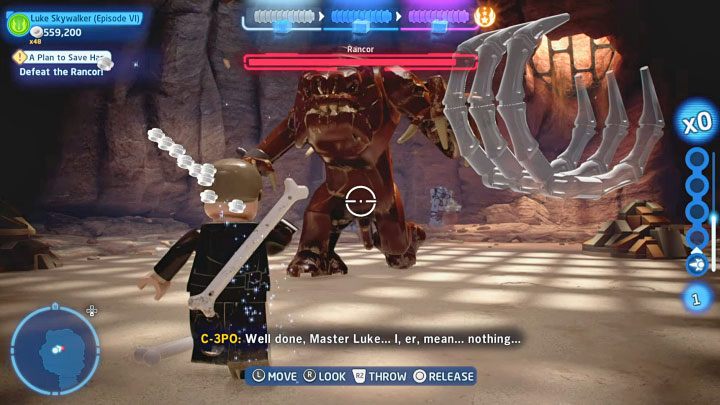 Consider using the Force to attack Rancor - pick up some nearby objects and throw them at the boss. This will allow you to complete one of the mission challenges. Remember to face the boss before each throw to make sure you don't miss.

Luke doesn't have a lightsaber during this fight. You can use your melee weapon, although this will be risky because the boss can counterattack. 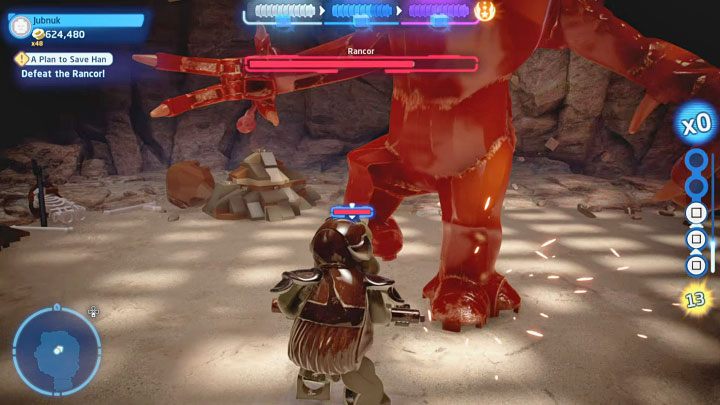 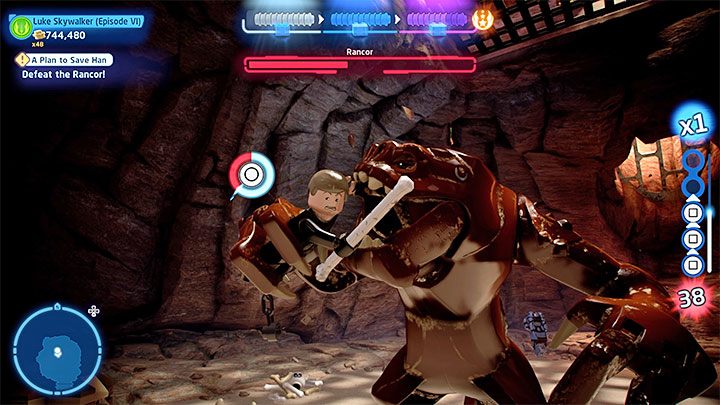 The unique feature of this boss fight is that Rancor can grab heroes - you can't free yourself. You can react to this type of attack in 2 ways:

Luckily, Rancor only has one health bar and thus can be defeated quite quickly.