On this page of the guide to LEGO Skywalker Saga, you can find a description of the boss fight with Captain Phasma. This is an unusual confrontation in the mission Starkiller Queen from episode 7 (The Force Awakens). Our walkthrough suggests, among others how to persuade Captain Phasma to leave the control room and how to defeat her with the help of traps. 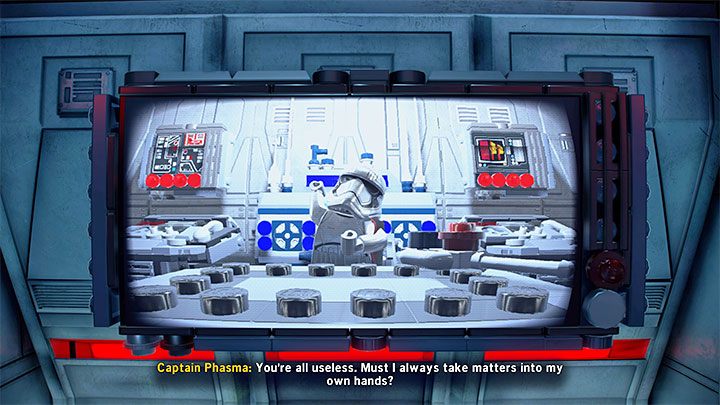 Captain Phasma will initially hide in the central control room. As a result, access to it will not be possible.

You must defeat 30 Captain Phasma's servants. 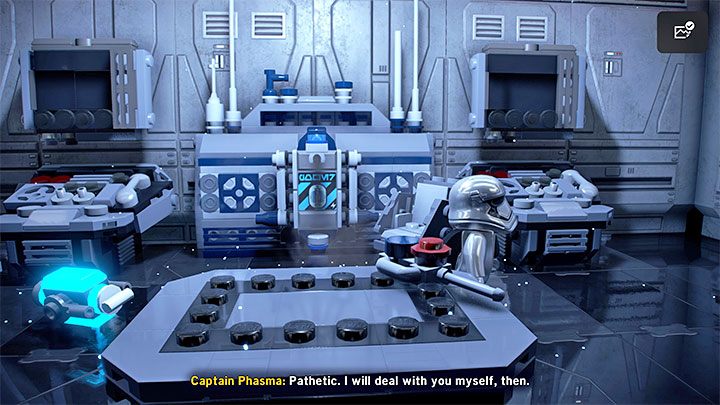 Victory in this battle will persuade her to leave the room. She will start patrolling the area - her field of view will be represented by a cone and you should try to avoid detection at first.

Captain Phasma is impossible to defeat in traditional combat. Instead, you will have to prepare two different traps to weaken and enslave her. 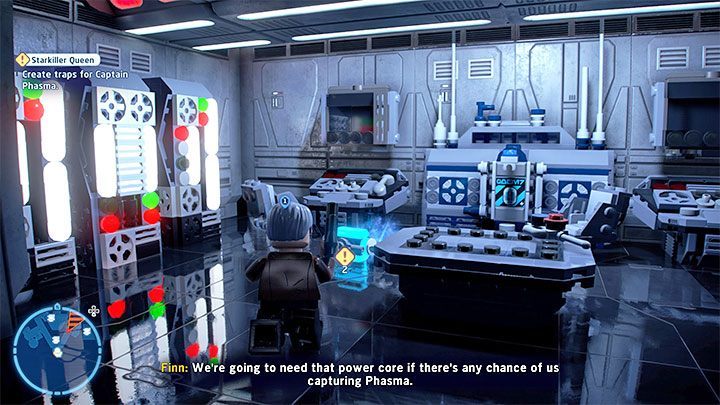 Reach the room marked in the game, where you will find a portable power source. The game will mark various spots on the mini-map where you can use this object to prepare traps. 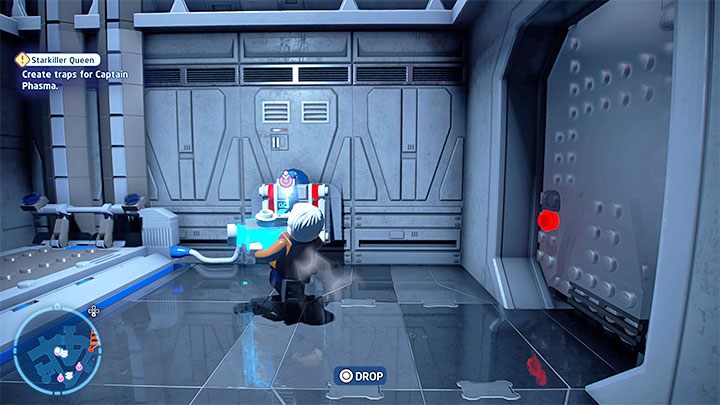 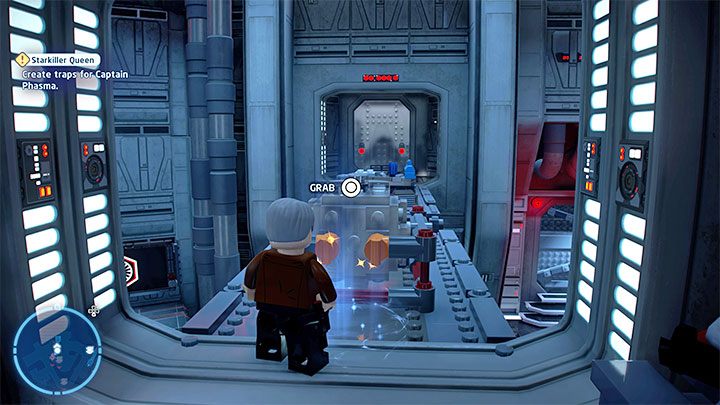 In the main room, you can use the power source to run the elevator shown in picture 1. This will allow you to use the elevator to the upper level and push large object (shown in picture 2) to create an ambush. The pushed object will automatically fall on Captain Phasma, and you don't have to wait for the enemy to approach the right place before dropping it. 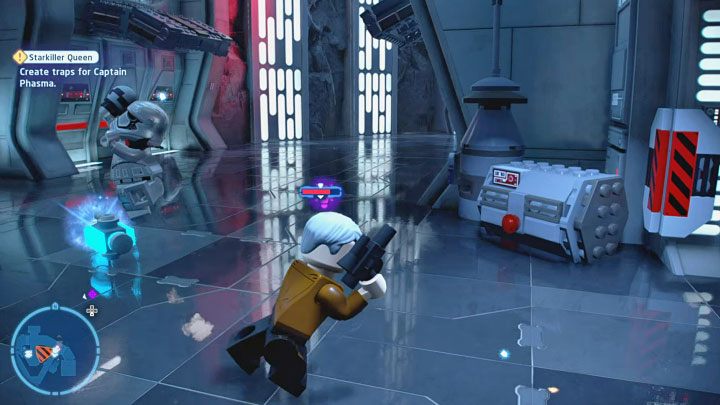 Captain Phasma will send a new group of enemies to fight you, but defeating them is not a challenge.

The bigger problem is recovering the power source carried by Phasma. Get close to the boss and reveal yourself on purpose. Phasma will drop the object and attack - dodge, or switch to the other hero. 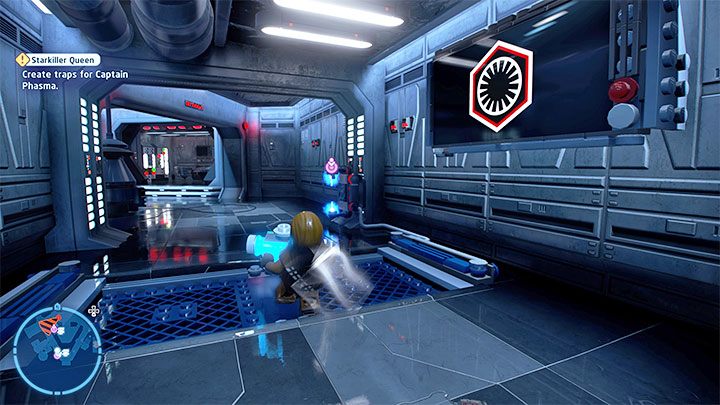 Quickly pick up (E on PC, Circle on PS, B on Xbox) the power source and move away from Phasma with it. Other possible places to set traps are located in the narrow corridors. Placing a power source in one of the slots will activate an electricity trap. Phasma will automatically re-enter it. 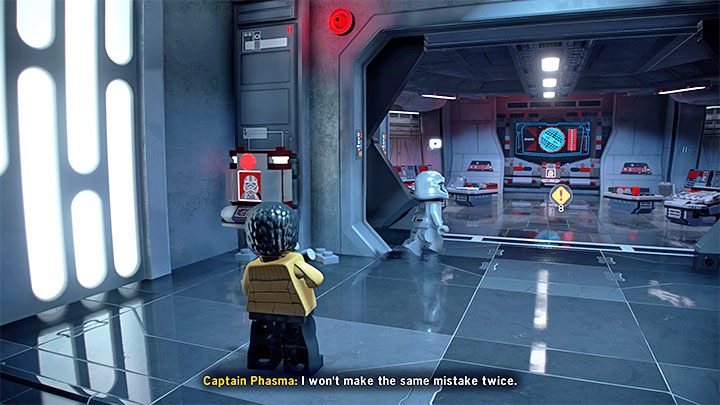 You have thus captured Phasma. Finally, you have to go with her to the central control room where she was previously hiding. Just follow it a short distance and don't go far away from it or it will stop.