Once the units have been placed on the board, a player with an attack token can initiate an attack. The role of the defender is to organize defense in such a way that it will reduce the damage received by Nexus to as little as possible. Also, it will allow not to lose too many units. 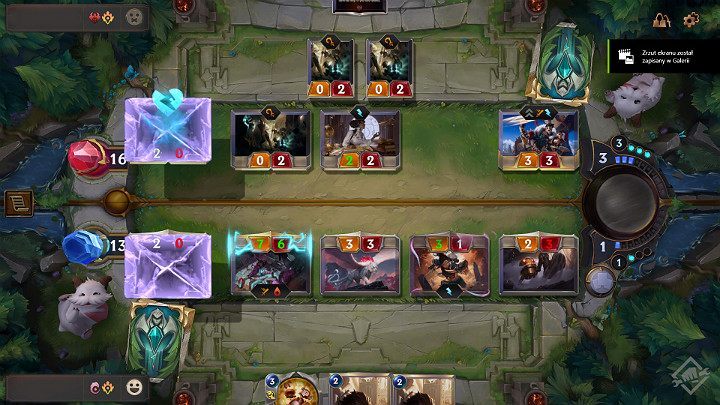 Each attacking unit can only be blocked by one defending unit. An unblocked attack will inflict damage to the Nexus. It's worth noting here that when a unit used to block is withdrawn (for example, with a spell), the attacker will not damage the Nexus. Moreover, enemy attack will be cancelled.