The Legends of Runeterra game guide contains valuable information about basic gameplay rules, useful tips, and example deck compositions. You will learn how the skills of the cards work and what are the differences between various factions. Also, you will get to know the strengths and weaknesses of the heroes and what are the synergies between them. Legends of Runeterra has a simple gameplay mechanics, but it requires a lot of knowledge, experience and the ability to make quick decisions. Our guide will help you with the key mechanics of the game, but the rest should be learned through practice.

What is Legends of Runeterra?

Legends of Runeterra is a card game in the League of Legends universe. At first glance it looks very much like Hearthstone, but many of the solutions have been borrowed from other card games, which requires a slightly different approach to gameplay. First of all, player can react much faster to opponent's moves, which requires constant monitoring of the gameplay board and making quick decisions. 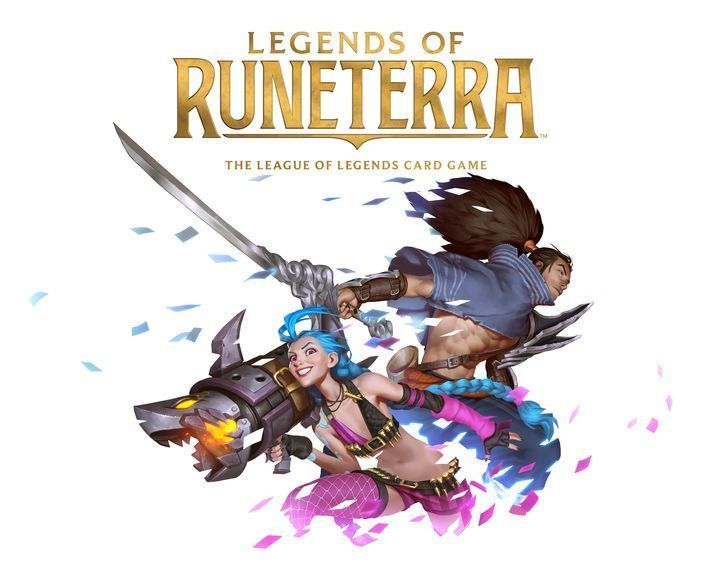 How can I play Legends of Runeterra?

Pre-registration is already available on PC and Google Play Store. Just visit the Legends of Runeterra website. Players who pre-register will have the chance to gain early access before the premiere in 2020, as well as the rare color of the Poro animal after the official release.

A pre-release PC version will also be available. Players who pre-register have a chance to play for five days after the official announcement of the game. The pre-release version will be available from today (October 15, 2019) to October 21, 2019. Another opportunity will come in November.

If you gain access to the game, you will receive a special email in your Riot account mailbox.

Watch LoR on one of the Twitch channels.

If you gain access to the game, you will receive a Twitch notification and a special email to your Riot account inbox. 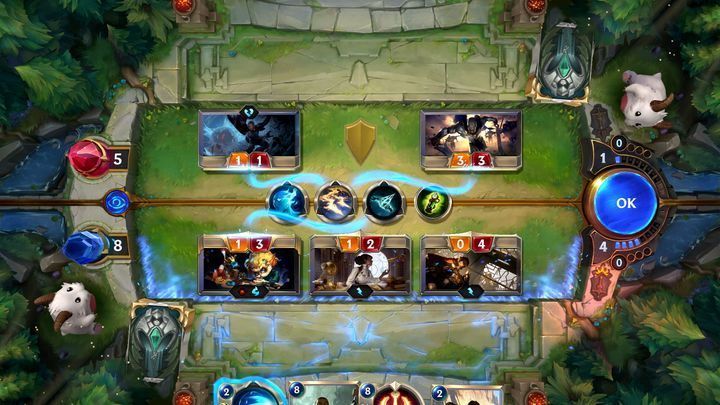 When will closed beta with no time limit start?

When will the game be released to all players?

In 2020, but no specific date has been announced yet.

Are there any pre-registration rewards?

After the premiere of Legends of Runeterra, account holders will receive a rare Lunar Guardian Poro card. To get this version of Poro, you must log in at least once during the beta (although you will not receive a card until the LoR release) or within seven days after the release.

On which platforms will Legends of Runeterra be available?

The first stage of testing will be available only on PCs. After some time the game will also be available on Android and iOS. At the moment nothing is known about the console version.

Yes, there will be a reset at least once before the release of the game. After the release of LoR, you will keep all coins purchased or issued during pre-release or beta version.

Will there be a ranking system in the game?

Will there be a limited or draft mode in the game?

Yes. It will be called Expeditions, and more information about it is expected soon.

Can I play with my friends?

This option should be available at the start of the closed beta at the beginning of 2020.

What are the LoR minimum system requirements and supported operating systems?

There are currently two skins available in the game, which each player starts with:

There will be more tables, guardians and completely new items in the future.

This is upcoming Game Guide and Walkthrough for Legends of Runeterra Video Game.

We are working on it now. We want to publish this Game Guide close to Legends of Runeterra Release Date. 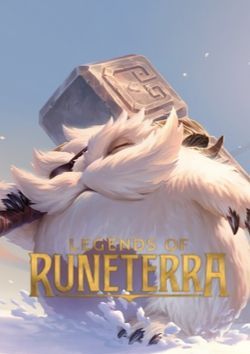 A card game set in a universe created for the League of Legends. In Legends of Runeterra from Riot Games studio, players fight duels, playing cards representing Runeterra's heroes. The production is distributed in a free-to-play model.

Legends of Runeterra is a card game set in the title land of Runeterra, the world created for the League of Legends. The production was developed by Riot Games studio and is distributed in a free free-to-play model.

In the Legends of Runeterra there are many tasks ahead of us. They boil down to duels, during which we use a self-created deck of cards. The latter include a variety of heroes, each with their own unique abilities and a set of strengths and weaknesses, ranging from the heroes of the League of Legends to completely new characters from different regions of Runeterra.

As we progress, we not only increase our card collection, but also gain Shards (virtual currency) and experience points, and advance to higher levels, and gradually gain access to other regions of the world (such as Demacia, Noxus, Ionia, Piltover and Zaun, Freljord and The Shadow Isles), and thus new cards. In addition, we earn deck elements every week by opening boxes from the Vault (the level of which increases as we progress, so that with time, more powerful, randomly selected cards appear in it), obtaining wildcards, which can be exchanged for a chosen one, and also by exchanging the shrapnel gained during the game. In addition, there is a second currency in circulation, the Coins, which we buy for real money.

Legends of Runeterra are designed for multiplayer play. One duel here lasts ten to fifteen minutes. The production allows for cross-platform gameplay.