The gameplay of Legends of Runeterra is quite different in comparison with other card games. The gameplay in LoR is divided into rounds and turns. Each round consists of alternate turns in which players can perform various actions. 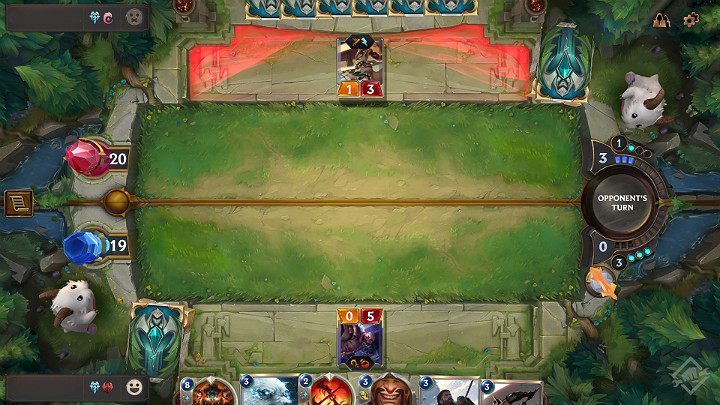 During a round, players swap actions - one attacks while the other one defends and vice versa. One player receives an attack token (the sword icon visible under Mana points) and the other one has to defend. The attacker can select the units to attack and the defender can determine how he or she will block the incoming strike. During each turn you can use (play) additional units and spells. What's very important, you don't get your Mana points restored in the next turn, but only at the beginning of the next round. 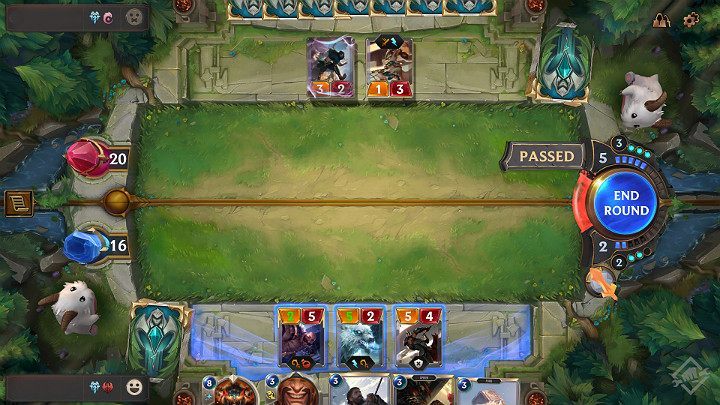 Your turn ends when you play a unit or spell and your opponent has time to make his/her move. If both players pass their turn without performing any action, then the round is over.