Now you should hide somewhere near the side entrance to the palace (screen). Make sure that your colleagues have stationed themselves in the area. Enemy soldiers will start running out of the palace. Use at least one grenade and then start shooting at them. Try to kill as many of them as possible, before they're able to regroup and take their positions. If you were quick enough, there should be only a few of them left. 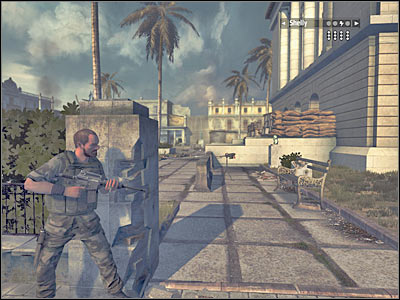 Watch out for the upper wall of the palace, because more enemy units may appear near to a dead RPG soldier. Thankfully, you won't have to stay here for too long. Gather everyone around you and start moving towards the side entrance. Like I've already said, you'll probably eliminate only a few soldiers here. Proceed to the stairs. 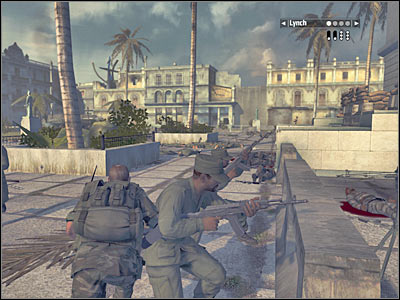 New objective: Get To Side Entrance Of El Capitolio

Be careful, because there's an active heavy machine gun nest to your right. If you're lucky, you should be able to avoid it or it's already neutralized. Secure the side entrance before you decide to enter the palace. You'll be going against small groups, so it shouldn't be too difficult to achieve. 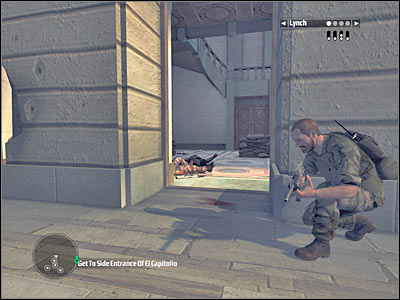 Enter the palace through the side entrance. You shouldn't encounter any soldiers right away, so you may proceed towards the stairs. Head on to the upper level. Some of the enemy soldiers are hiding behind sandbags. Take them quickly. Be careful, because a second group will arrive from the left (screen). It would be wise to involve the entire team, however you should also be fine on your own. 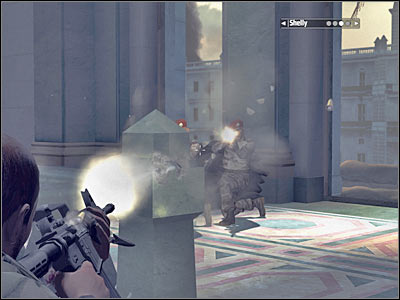 Head on towards a longer corridor, however you must be moving slowly. I would also recommend zooming in the view. Take out one of the enemy soldiers and prevent him from using a rocket launcher. Otherwise you would have to dodge a missile. Proceed to the next section. 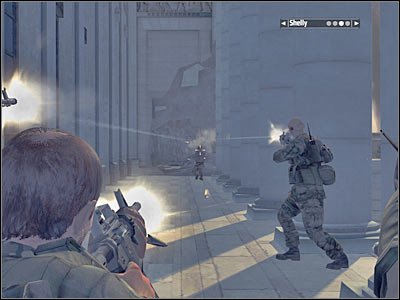 New objective: Get To Main Entrance Of El Capitolio

Remember that you don't have to be in a lot of hurry. Additionally, you can surprise some of the gunners if you're really lucky. You should take out all of the remaining enemy units while you're at it. Thankfully, you'll be going against smaller groups, so it shouldn't be difficult. Enter the palace if you feel you're ready for a final assault. 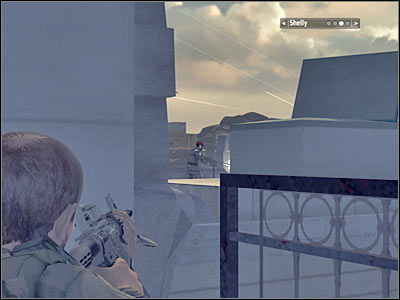