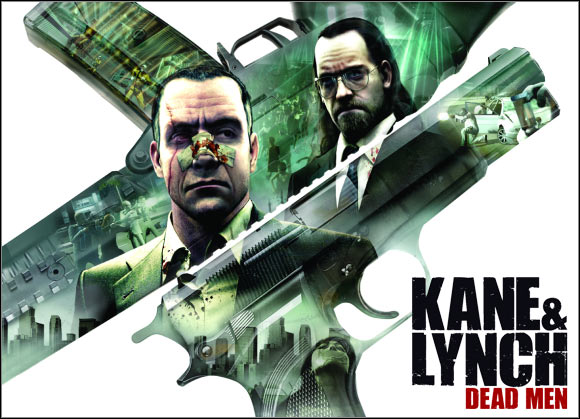 Welcome to the unofficial guide to "Kane & Lynch: Dead Men" PC video game. This guide consists of a very detailed walkthrough of all sixteen missions of the singleplayer campaign. Sadly, "Kane & Lynch: Dead Men" is a game of a very linear structure. This means you will have to follow exact instructions for the most of the time. Your only freedom of choice will concern your allies, because you will be allowed to give them three types of orders (follow, attack and defend). These actions obviously have been pointed out in my game guide. You should also consider reading tutorial windows. They will pop up on your screen from time to time, especially while playing chapters one and two. As for the game itself, I wouldn't recommend choosing lower difficulty settings, because it'll be far too easy for you to finish most of the available missions. You won't be allowed to create autosaves, however checkpoints are quite frequent, so you don't need to worry about having to repeat larger sections of each level. 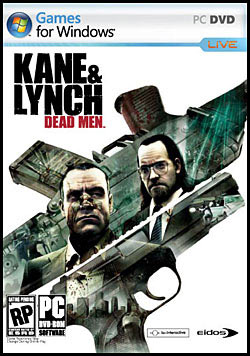 Kane & Lynch: Dead Men follows the violent and chaotic journey of two men - a flawed mercenary and a medicated psychopath  and their brutal attitude towards right and wrong. This volatile partnership combined with innovative technologies allow for an unparalleled gaming experience.

- Tense and unpredictable experience: This is the violent and chaotic journey of two men: a flawed mercenary and a medicated psychopath. Each hates the other but must work together to save themselves and possibly the ones they love. Play Kane in single-player mode and either character in two-player co-op mode.
- Violence erupts in meticulously created safe worlds: Realistic and responsive environments and crowds react when events get of out control. Crowded nightclubs and calm bank offices become scenes of sudden terror. Manipulate the environments and crowds strategically to complete objectives.
- Wide variety of intense 3rd person game play: Rappel from buildings, firing on the run or from moving vehicles, launch surprise attacks, lay down cover fire, and shoot blind from around corners, hurl smoke, tear, and incendiary grenades.
- Fast and intuitive combat: Lead a crew of criminal mercenaries to increase your chance of surviving and reaching your goals. You can also fight alone as your crew AI will automatically draw fire, throw grenades, lay down cover, and engage in close combat with their own signature moves.
- Two-player co-operative game play: Team up and play the full story with a friend as either Kane or Lynch. On the big jobs, split the command of your crew. At any point in the game you can choose to play the next, or previous, levels in co-op.
Innovative multi-player levels: Based on the games themes for up to 8 players.