Proceed to your left. You should be able to find an entrance here which leads to the first prison block. I wouldn't recommend being in a lot of hurry. Try and take out some of the visible prison guards from here. It's very important that you do this now, because you'll be trapped once you're inside the cellblock. 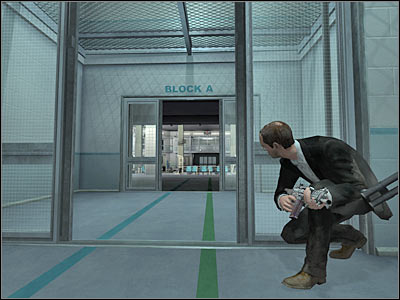 New objective: Get To The Control Room

You won't have to hide, because you won't be attacked by anyone right away. As a result, proceed to the upper balcony. Obviously you will have to use the stairs (screen). Once you're at the top, immediately turn left and eliminate two prison guards. I would recommend choosing longer bursts in order to ensure your safety. Lynch may follow you. 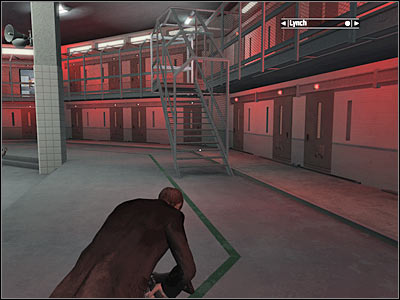 Proceed to a small room. As you've probably noticed, more enemy guards have appeared on the lower floor. It would be a good idea to take care of them right away, especially since you'll have to go back there anyway. Once they're gone, head on to the control room and approach a large console. Unlock a certain door by pressing the E key. 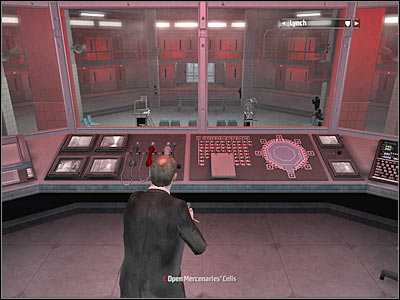 New objective: Eliminate All Guards In The Cellblock

I assume you've already dealt with the prison guards, so you won't have to worry about fulfilling this particular objective.

Rific's cell is located on the lower floor, so you will have to go back to the stairs. Look for a cell with a green lamp above the door (screen). Enter this cell and watch a short cut-scene. 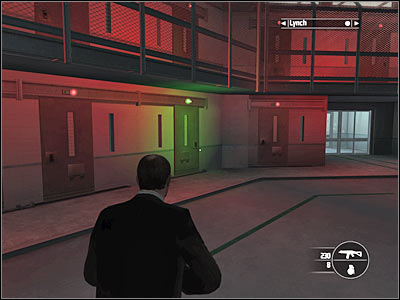 New objective: Get To The Prison Kitchen

Remember that you can give weapons to your colleagues, however it shouldn't be necessary here, because you won't encounter any stronger opponents at the moment. A small group of prison guards should arrive in this area. Order your men to attack them. It would also be a good idea to hide behind one of the nearby pillars. 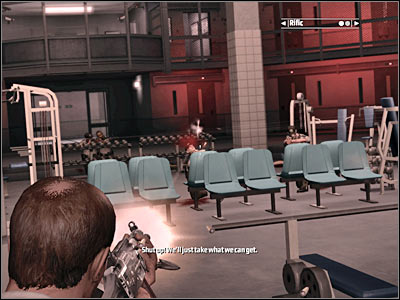 Make sure that all prison guards have been killed. Proceed towards a new corridor. You won't encounter any new opponents there, however you will have an opportunity to watch one of the prisoners attacking a guard. Head on to your right. You will probably encounter one enemy unit (screen). Kill the guard and enter a new room. 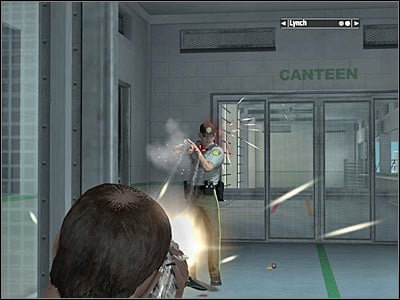