New objective: Go To Top Of The Scaffolding And Show Lynch How To Rappel

The purpose of this particular mission objective is to familiarize you with how to rappel. Start off by going towards the scaffolding. It would be a good idea to press a M key here in order to find this spot. Obviously you will have to use the stairs to get there. Try moving closer to the scaffolding. Sadly, you won't be allowed to rappel, because enemy units have appeared inside the warehouse. 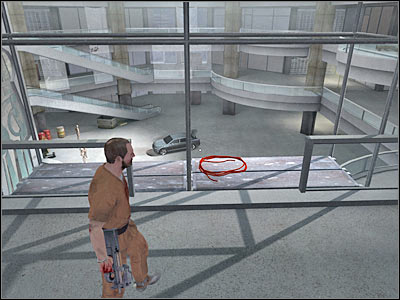 You shouldn't have any major difficulties killing all enemy units, mostly because you'll find out how to issue orders to other members of your squad. Obviously you will have to instruct only Lynch here. You may choose between three different types of orders. 1 stands for follow and 2 allows your colleague to attack a specific target. It would be a good idea to order him to attack some of the nearby enemy units. As for the 3 key, you will be allowed to order your colleagues to guard a specific area of the map or just to stay away from the endangered zones. 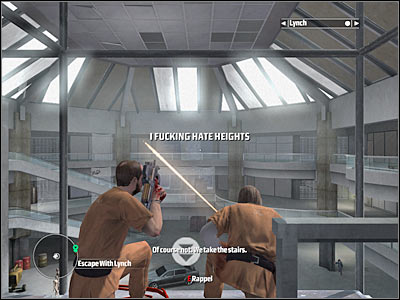 Make sure to instruct Lynch to take out some of the nearby enemy units. They will be standing mostly next to the car. You should also consider killing them on your own. This warehouse is very big, so you'll have a lot of possibilities to get to them. Be careful near the stairs, because some of your enemies may try to use them or may hide somewhere nearby. Kill them as soon as possible. 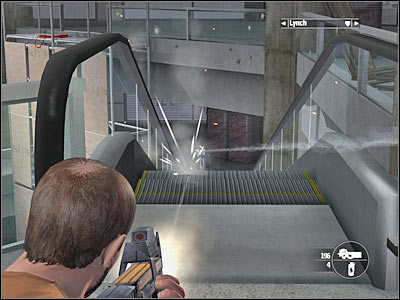 Thankfully, most of the enemy units will remain on the ground floor of the building, near your car (screen). It would be a good idea to kill them with a machine gun, so you won't have to waste a lot of time here. Order Lynch to follow your lead and keep moving towards the ground level. Just as before, be careful near the stairs, so you won't get surprised by anyone. 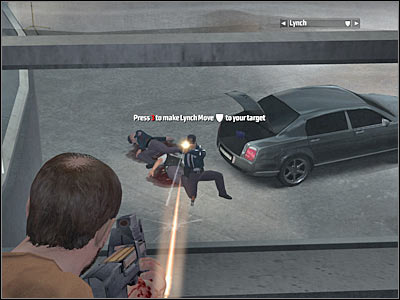 Make sure that all enemy units have been killed. Once again, you must order Lynch to follow your footsteps. You won't have to go to the car, because you'll leave it here. Instead, head on to the large exit from the underground structure. This is where the mission will end. 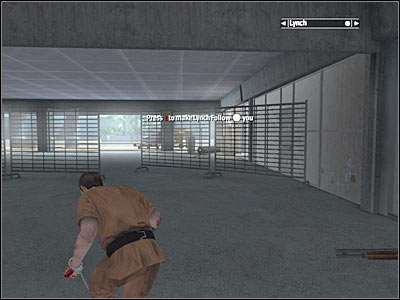