The Jurassic World Evolution Game Guide contains information that will help you to navigate the game and make it easier to find yourself in the presented world.

In this game, you have to create your own dinosaur park and make profits from visiting the park by people. In this guide, we'll show you how to begin playing. You will find basic tips and description of the mechanics. This will allow you to develop quickly in the game. You'll find out what you need to earn money. You will learn how to properly match dinosaurs to the catwalk so that they don't get bitten, and also learn to take care of their comfort. Thanks to this guide, you will be able to deal with the management of the Jurassic Park. Game Jurassic Park Evolution is economic game, in which you have to take care of your interests and dinosaurs. You must create a park that will bring income.

Jurassic World: Evolution takes place in the universe of Jurassic Park and Jurassic World films. Production takes players into the near future, when humanity managed to develop a technology that allows reproducing dinosaurs' DNA from preserved samples and thus bring them back to life. As a result, this led to the creation of the titular Jurassic Park - a kind of a zoo, where people can see prehistoric reptiles with their own eyes. 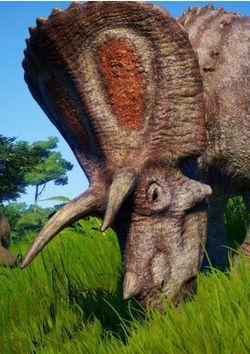 The game described herein is set in the universe created for the movie series titles Jurassic Park and Jurassic World. The action of the game takes players to a near future, in which human scientists managed to develop a technology allowing them to recreate the DNA of prehistoric reptiles from the preserved samples and bring them back to life. This has resulted in the creation of the titular Jurassic World  a peculiar zoo, in which the visitors can see the prehistoric reptiles with their own eyes.

In the PC, PS4 and XONE release of Jurassic World: Evolution, a player assumes the role of a manager of an amusement park and is tasked with creating and exhibiting new species of the reptiles as well as taking care of the entire parks infrastructure and a number of additional attractions  like a gift shop. Also important is the aspect of visitors security  during the game, one has to pay attention to the reptiles within the park, as they can escape their enclosures and pose a serious threat to all the humans in the vicinity. As all of the mentioned above activities generate costs, the actions a player takes have to be aimed at increasing the ventures profitability.

All the acquired financial resources can be invested in the development of the park  in order to keep the visitors interested, it is necessary to create new species of the prehistoric reptiles and erect suitable enclosures for them.

Jurassic World: Evolution delivers high-quality 3D visuals. The developers have put a lot of their effort into polishing the dinosaurs models. Also, a player is bound to appreciate the detailed surroundings.