Ken Morgan, a.k.a. "The Brick", is a corrupt lawyer. He's job is to pull his clients out of really big mess. Hired by Thomas Cross, he cleared Jordan of the accusation of killing Hannah Highmoore. He arrives at the Himmapan hotel in order to get the material evidence that could be used against the young musician. It's much easier to kill Morgan if you lure him into the actual hotel.

From one of the Himmapan hotel's manager's note Agent 47 can learn that The Class crew trashed the room that was prepared for Ken Morgan. The note (M6,8) states that one of the hotel staff members is to apologize to Mr. Morgan and take him to his room when it is clean again. This is a perfect opportunity to get close to the target. 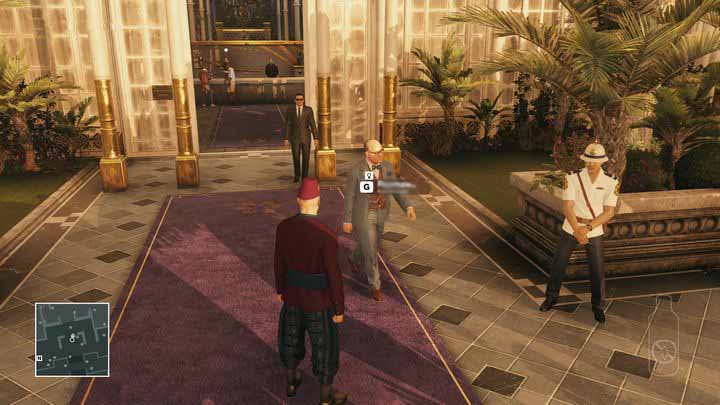 Disguised as hotel staff you must apologize to Ken Morgan for the inconvenience he experienced (and is going to experience).

After reading "On the Queen's Suite" note you have to get a hotel staff disguise. This can be obtained almost everywhere - although the game seems to suggest one specific employee in the changing room, it is easier to get the clothes by quietly eliminating the ones in the laundry. As soon as you get the outfit, go to Ken Morgan, who is walking around on level 1. 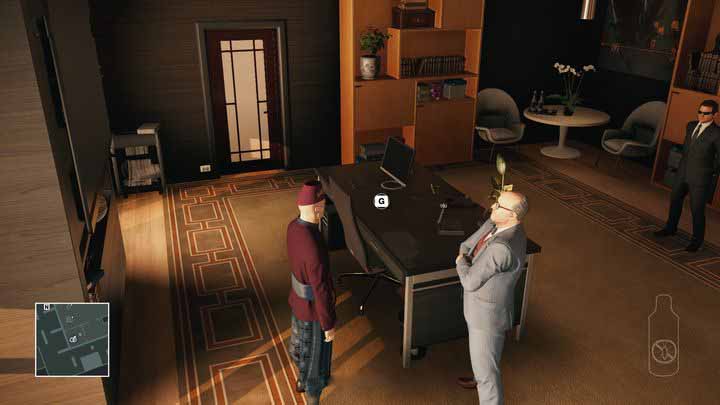 Don't try to go ahead of Morgan's orders - otherwise, he will send you away.

When you interact with Morgan, the man will ask Agent 47 to take him to his apartment (M6,8). If you hesitate or take a wrong direction, Morgan will quit following you and loudly express his disapproval. You should also limit running and crouching to an absolute minimum (only resort to it when you are being watched by characters who can expose you). It's best to lead Morgan through the restaurant, bar and then up the main staircase - all the way to the Queen's Suite only the waiter can expose you, but you can avoid him very easily by crouching along the counter. 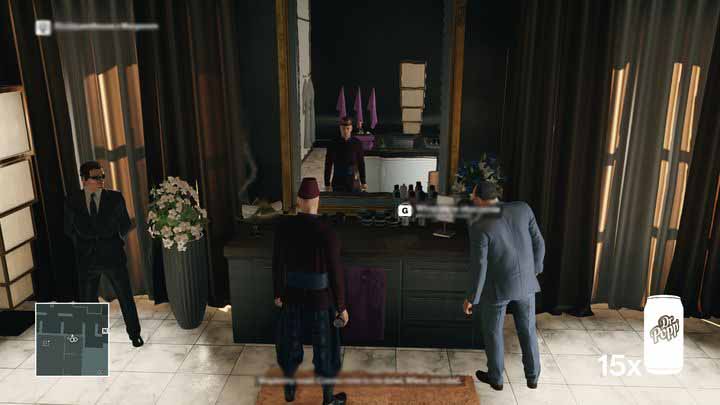 Let Morgan complain a little bit - first he must feel at home, before he lets his guard down.

When Morgan enters his penthouse you will get the "On The House" challenge. However, Morgan would like you to stay there as he inspects the room. Follow him and do what he tells you until you see a good opportunity to kill him. After taking a square bunch of insults, Agent 47 will follow the man into the restroom. Otis will soon go out of there, thus creating a perfect opportunity to drown Ken Morgan in the toilet (M6,10) - this kill will earn you the "Hold My Hair" and "Don't Forget to Flush" challenge. 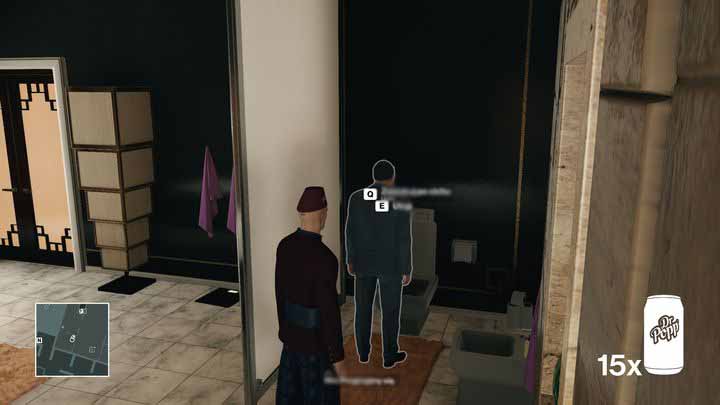 Wait for Otis to leave the restroom, and drown Ken then.

In room 202 (M6,19) Agent 47 can find some jaded members of The Class crew and eavesdrop their conversation about a mysterious message that Dexy Barat - Jordan Cross's manager - told one of the sound technicians to carry to the reception. The letter is addressed to Ken Morgan. This may be a perfect opportunity to kill one of the two mission targets. 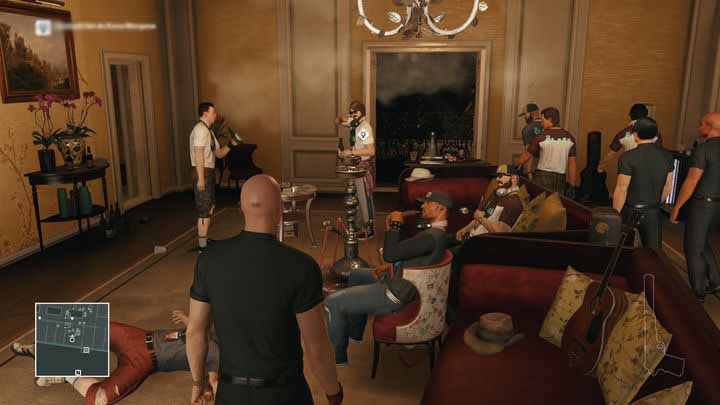 Wait until the man with the letter goes to the restroom - everyone else will leave the room then.

Agent 47 must wait for the sound technician who carries the letter to leave - this guy drinks constantly, so eventually he will go to the restroom. Once there (M6,11), close the door behind you two and knock the man out (or drown him in the toilet). Then pick up the letter from the floor and carry it to the reception (M6,5), thus unlocking the "Return To Sender" challenge. Now, just wait for Morgan to come asking about the message he is expecting to get. 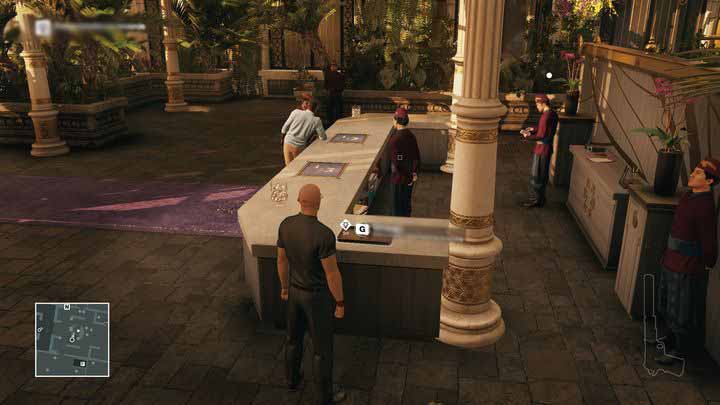 Put the letter down and wait for Morgan - but be careful of the reception manager.

Upon reading the note, Morgan will reveal that the meeting with Dexy Barat is set to occur in the linen room (M6,9). It's good to get there ahead of your target and pick up a fire axe (M6,1) - killing Morgan with that will unlock the secret challenge "Burying the Hatchet". 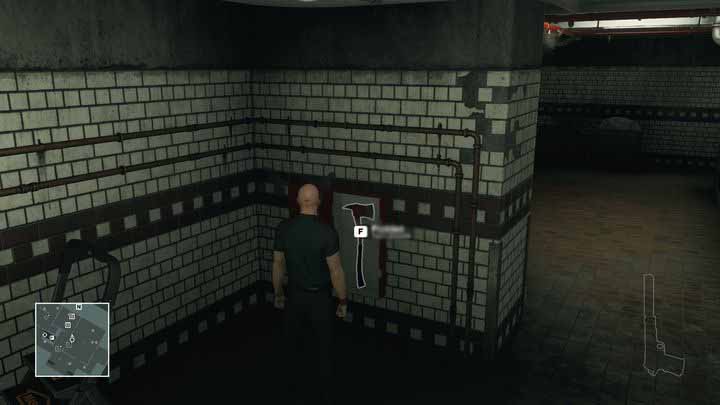 There is a fire axe on the wall - you can prepare it beforehand.

Upon walking into the linen room, Morgan will send his bodyguard Otis away. A moment later all other hotel staff will leave, and Ken Morgan will remain there alone, waiting for Barat. Soon, it turns out that the meeting is off - and this is a perfect moment to kill the lawyer. After making the kill you have to run away fast - since Otis is eavesdropping by the door, he will step in right after Morgan stops talking. 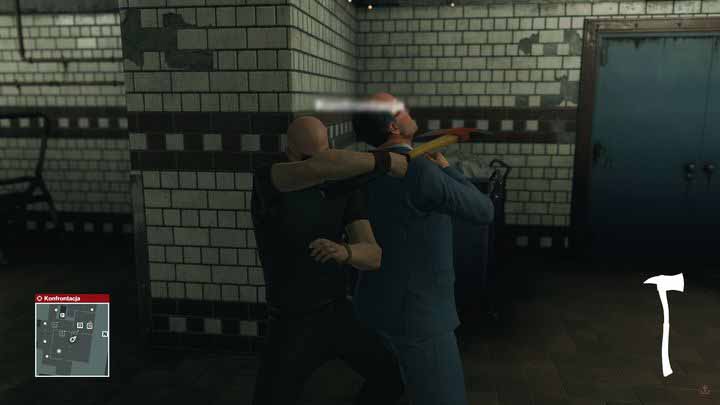 Run out of the room right after making the kill - Otis is going to come in ready to shoot you.

If you walk around the hotel, you will get to the backyard where various things are stored. Apart from a gatehouse and the exterminator's van, there is a broken tuk tuk car there (M6,3). By eavesdropping Agent 47 can learn that Ken Morgan is interested in purchasing the car - that's why its current owner is desperately trying to fix it. Tuk tuk can be an effective lure for Morgan, hence, it is a good idea to get it fixed. 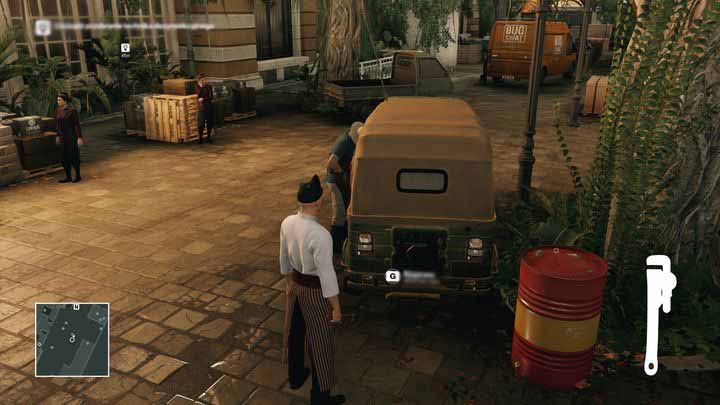 In order to fix the tuk tuk you will need a wrench.

In order to fix the tuk tuk you will need a wrench (M6,15), which can be found in several places. The easiest one to get is in the laundry on level 0 - it is lying next to the groundskeeper who is fixing a sink. After getting the wrench, return to the vehicle and interact with the engine on the back of the car. Doing this will unlock "Tik Tak" challenge. 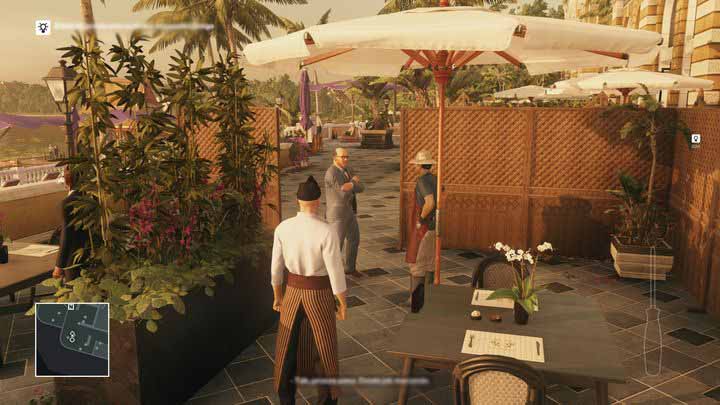 You can follow the groundskeeper if you want to make sure the deal is through.

After fixing the tuk tuk, the delighted groundskeeper will head toward the terrace, where Morgan's bodyguard's bottle is lying - this is where he is going to inform Ken that the car is fixed. You may follow the groundskeeper and watch his brief conversation with the lawyer, but it isn't necessary to do that - in just a moment the groundskeeper will take Morgan back to the tuk tuk. You better use this time to poke holes in the barrel with a screwdriver (M6,16), which you can find in the undergrounds. 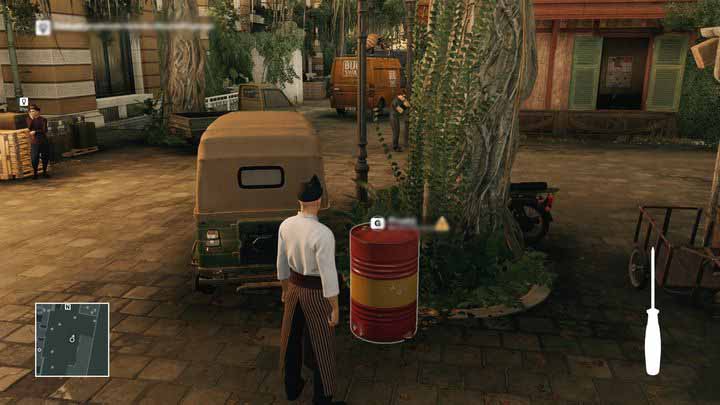 Poke the barrel with a screwdriver when the groundskeeper goes away to get Morgan.

As soon as Morgan tries to start the car, the engine will create a spark, which will instantly ignite the spilled fuel. The tuk tuk will blow up, thus earning you the "Tuk Tuk And Away" challenge, and making Ken Morgan's death look like an accident. 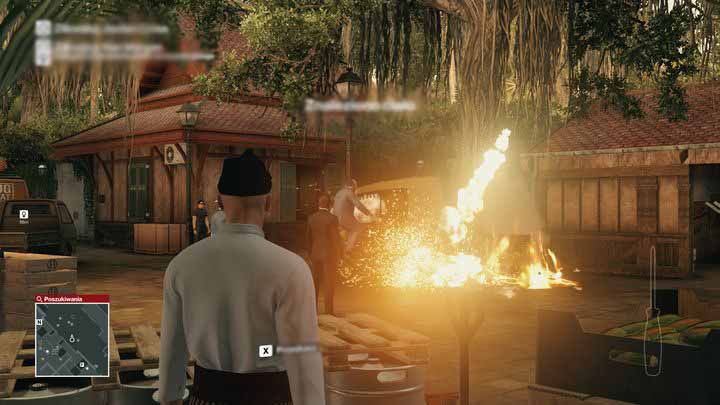 Sparks caused by the old engine will ignite the pool of fuel and result in a spectacular explosion.
See/Add Comments
JOIN FOR UPDATES