Unofficial guide to Hitman most of all contains a very detailed walkthrough for all available missions (contracts). Each mission was very thoroughly described. The descriptions always start with a high quality map on which all most important areas, location of valuable items and good places to kill the objective are marked. On further pages you will find list of clothes and valuable items (for example disguises and items useful for the assassination attempts). Further pages describe infiltration of the mission area and all most important ways of completing the objective. The guide is supplemented with pages containing useful advices and list of available achievements / trophies. Hitman is another installment of the series in which the player becomes the famous killer Agent 47 and he tries to eliminate important targets without informing any bystanders of his actions. During his missions, the main protagonist uses his innate instinct, professional equipment and the ability to interact with the world. The latter allows the player to use surrounding for eliminating the mission targets and to use disguises that allow getting into heavily secured areas.

Following color markings were used in this guide: 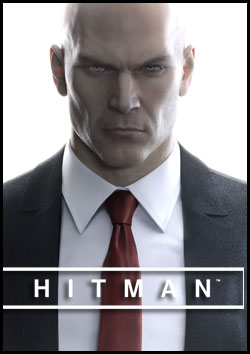 Hitman is the sixth installment in the cult TPP action-game series, where the player could resort to a full-blown shoot-out, stealth infiltration, and anything in between in order to complete the mission - locate and eliminate his living target in a more or less sandbox location. The thing that stands out, in contrast to the previous chapters, is the lack of any number or a subtitle in the sixth installment's title. That's because the new Hitman is not a direct sequel to any of the previous chapters.

As usual, the game offers several methods to complete the mission objective – you can either sneak past the guards, or just shoot them, albeit provoking a shoot-out can easily come bite you in the back (after all, Agent 47 is not Rambo). The game itself encourages more subtle (or at least less suspicious) methods, e.g. infiltration in disguise, long-range sniping, usage of silenced weapons, poisoning, or staging various kinds of accidents, among others.

The most important feature of the new Hitman is its abandoning of linear gameplay structure. Now, instead of a string of missions, you will be given a number of locations scattered across the globe - much larger in scale than before. You return to a location from time to time in order to complete main missions as well as additional contracts. The missions are longer and more complex, sometimes they offer optional targets to eliminate, and completing them may take several hours of gameplay.

The game employs the Glacier 2 engine, the same one that was used in the previous installment, although it was properly improved since then. Now Hitman can boast excellent visuals, befitting a game intended for eight generation platforms.

Hitman vs. Reality  is Agent 47 Better than Real Assassins?

Hitman, or Agent 47, is incredibly inventive in fulfilling his contracts. Does history have equally unusual cases of real assassinations? Let's check it out.

Is dividing games into episodes really that bad?

The new feature in Hitman season 2 that caused perhaps the most joy among the fans was giving up on the experiment of episodic releases. But did the developers really made a good call when caving in to the pressure from the complaining bunch?