In this section you can find a description of methods allowing you to assassinate both targets at the same time.

With the exploding barrel

This method of completing the mission is tied directly to Opportunities "Honeycomb" and "Cherry Blossom" - they are very similar but you need to trigger both of them if you want to achieve the double elimination. Conspirators - both Claus Hugo Strandberg and Reza Zaydan - are supposed to meet face to face in case of a danger. They will inform each other about it with their phones. 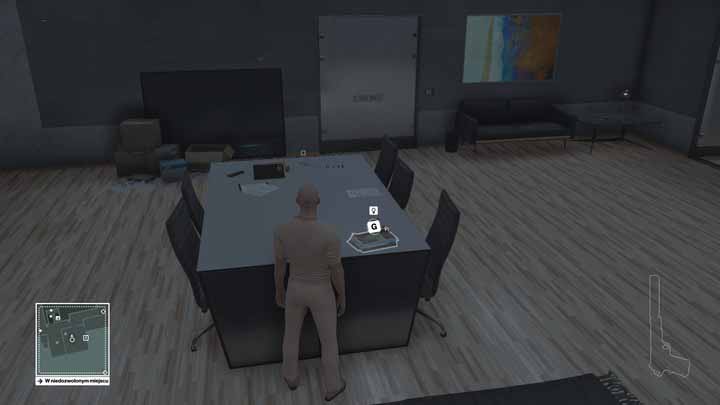 You can read the meeting protocol in the room next to the Strandberg's office.

"Cherry Blossom" consists in attracting general Zaydan to the underground tunnel - entirely by using trick, of course. You can obtain information about this Opportunity on the consulate's first floor - you only need to sneak into the room adjacent to the Strandberg's office. After reading the meeting protocol you (M5,15) will find out about the emergency meeting of Zaydan and Strandberg - if any unexpected, life-threatening situation occurs. 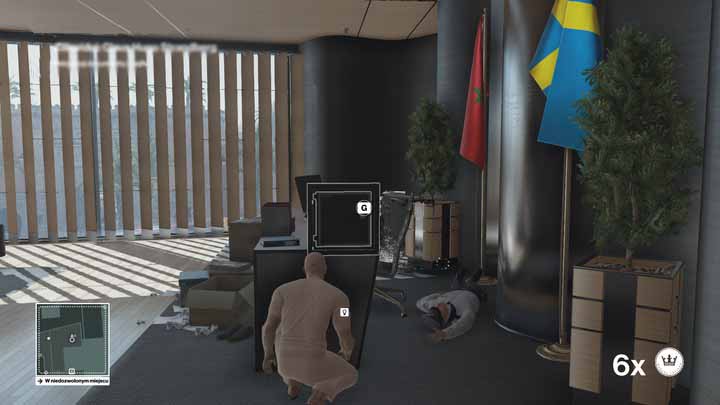 You can find password to the safe in the bathroom on consulate's ground floor.

The first step to complete this task is to acquire a combination of numbers opening the Strandberg's safe (M5,13) - you can find it in the bathroom on consulate's first floor, in the middle cabin. After picking the note you should head back to Strandberg's office where is the safe (M5,16). Inside is Strandberg's key-word - speak it on the phone (M5,22) to make Zaydan head to the tunnel (unwillingly but still). 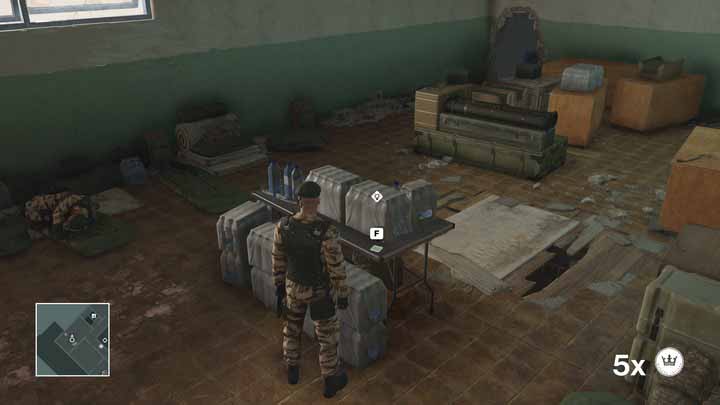 Password to Zaydan's safe is in the room used by soldiers as barracks.

From the meeting protocol found in Zaydan's office you will find out that the general and Claus Hugo Strandberg are supposed to meet in the underground tunnel in case of a direct danger. The Opportunity "Honeycomb" consists in opening a safe in Zaydan's office. 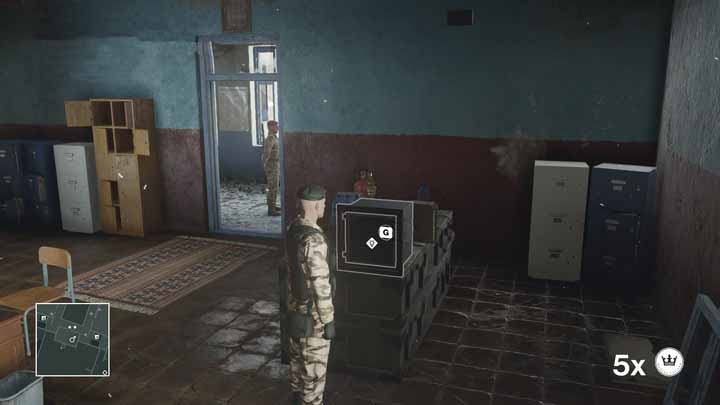 While opening the safe watch if the officer on the corridor doesn't see you.

Yet in order to achieve that you need first to obtain a code to Zaydan's safe (M5,14) - it can be found in a room where soldiers are sleeping. When you get it go quickly to Zaydan's office where you can find the safe (M5,17) - and there is Zaydan's key-word inside. After acquiring the secret password use the phone to inform Strandberg about a necessity of meeting. 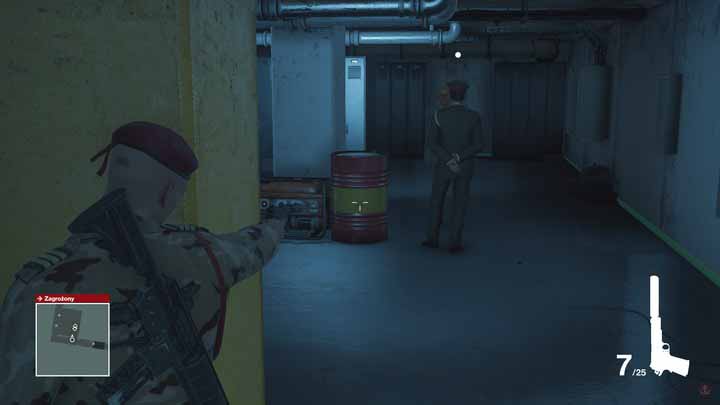 Don't hesitate - you need to shoot the barrel a couple of times until it kills the conspirators.

When both men will finally meet in the tunnel shoot the red barrel (M5,23) a couple of times (remember to aim at yellow part of it - it's thinner so it makes causing the explosion easier). When the barrel blows up, Reza and Claus will be set on fire - it unlocks the Achievements "Don't Blow It" and "Tunnel Vision". After the double assassination you should escape from the area quickly - guards will be determined to find the cause of two VIP's death.

Do him in with a turret 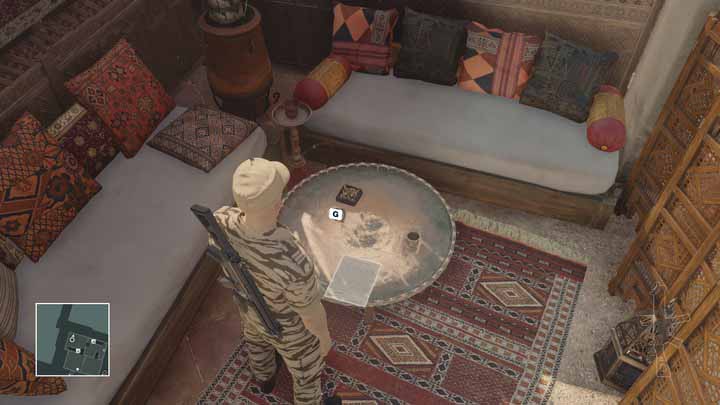 On a rooftop of one of the buildings in Marrakech you will meet the former chief of the consulate security (M5,8) which is talking on the phone about the underground tunnel serving as the escape route for Strandberg. After overhearing the conversation you need to wait until the woman passes to an adjacent building - then you will be able to look at the evacuation plan (M5,15) which triggers the Opportunity "Down the Rabbit Hole". It's also worth incapacitating the former chief of security by the chance in order to take her magnetic card which unlocks doors in the consulate. 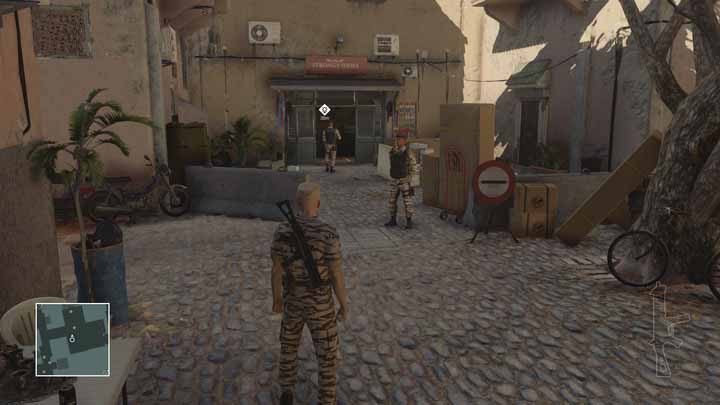 Elite soldiers won't even let a soldier in - bypass them behind the truck.

Now you should to go to the shoe store (M5,25) - the tunnel you need to infiltrate is under it. Guards won't let you anywhere close (unless you are disguised as the elite solder or the officer) but you only need to jump over the concrete barrier behind the green van to get to the restricted area. Now you have to wait for the right moment to sneak into the shop behind the guards. 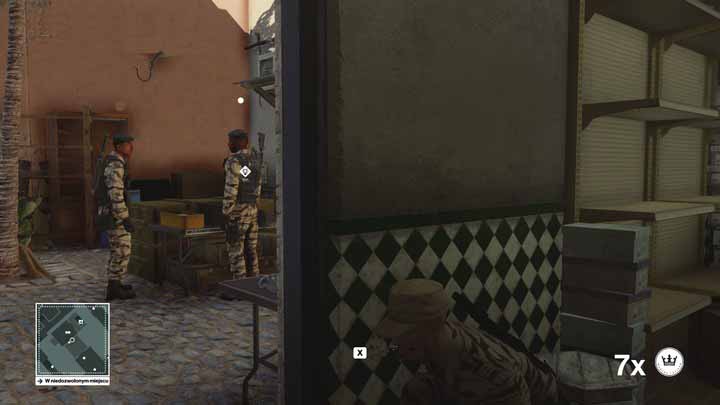 Soldier on the right will keep going - so eliminate the one on the left when he turns.

By the back entrance to the store you will meet two talking soldiers - after ending conversation one of them will head towards the corridor and your task will be to follow him. But you should focus for a moment on the second soldier, staying in the yard - you can stun him quickly and hide the body, acquiring the elite soldier's disguise first. It will make easier exploring the underground facility without raising an alarm. Remember to look at the blueprint of armored carrier's turret (M5,11) while running down the corridor - it will be necessary for the dual kill of Reza and Claus. 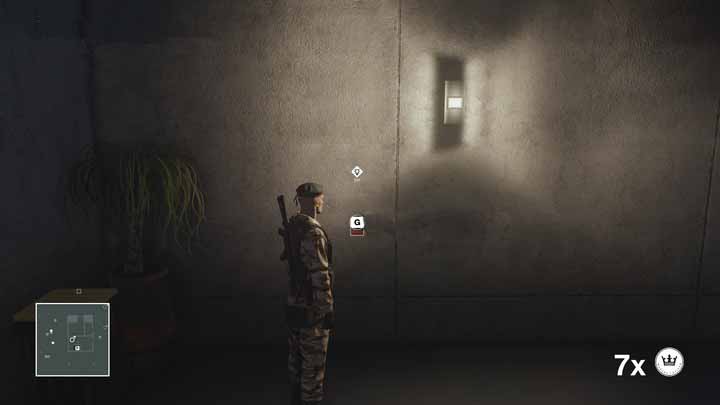 Before triggering the fire alarm make yourself acquainted with the blueprint of armoured carrier's turret.

When you reach the basement under the consulate, all you will have to do will be luring Strandberg outside the building - in order to accomplish that you need to trigger a fire alarm (M5,18). This action unlocks the Achievement "Down the Rabbit Hole". It will alert all guards and make Strandberg himself run to the underground. Escort him quickly to the school with other guards - the path leads through the shoe store, of course. 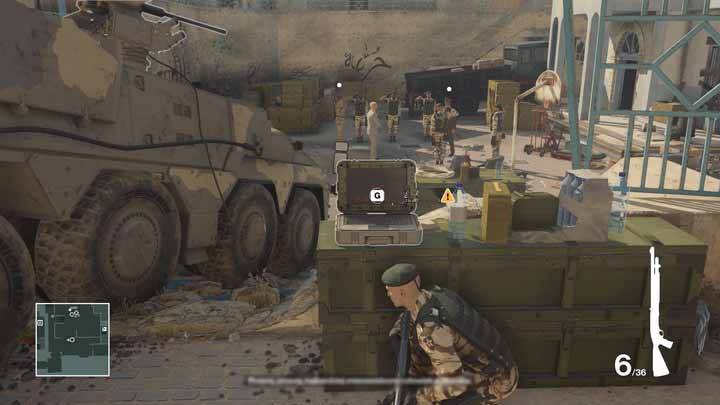 The turret will also kill civilians - consider if you really want to do that and lose points in the overall mission score.

When escorted Strandberg will be near the school, you should walk towards the control panel of the APC's turret. The device should be triggered when both targets start talking - after a while they will be shot by the turret (M5,24). A disadvantage of this option are innocent casualties which will affect the mission score.