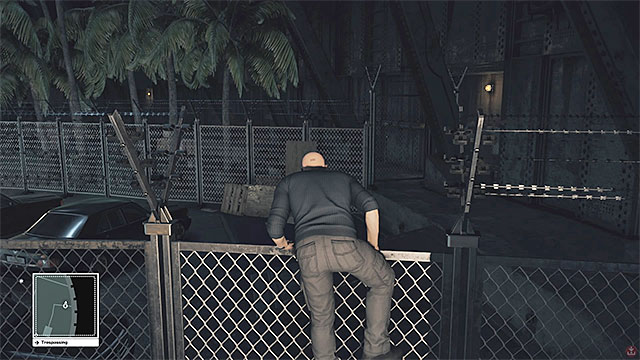 Climb on the fence

You start the mission on a small parking in the southern part of the map (M2,1). Don't try getting to the airport by walking next to the gatehouse as you would be stopped. Instead, look for one of the places where there are no entanglements and where it is possible to climb on the fence (M2,2). After jumping over the fence start sneaking up so that the airport security guards and Soviet soldiers won't see you. 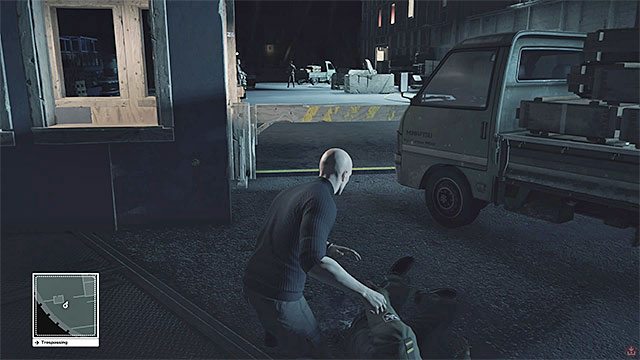 Before you enter the main airport building you should obtain a disguise that will make it easier to travel through enemy territory. You can for example go to the western gatehouse (M2,3) and attack the airfield security guard stationed there. However, you must do it when none of the Soviet soldiers is looking or walking towards him. In addition to that, you must hide his body in a chest after successful action. 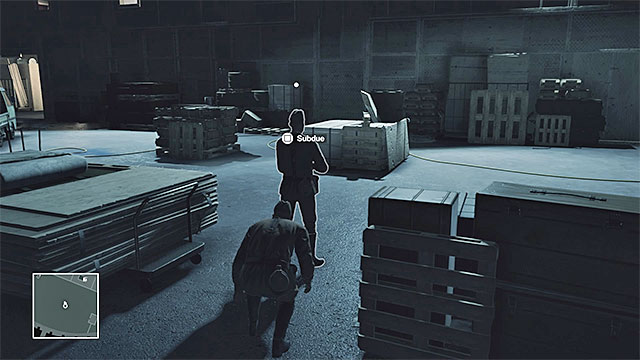 Stun one of the Soviet soldiers

An even better idea is to obtain the Soviet soldier disguise that will allow you to enter the first level of the main airport building. You can attack one of the soldiers at the western gatehouse or early in the mission reach the generator in the narrow passage east from building (M2,6). If you sabotage this generator, nearby reflectors will be turned off and one of the soldiers will come to see what happened. You can ambush him and obtain his clothes. 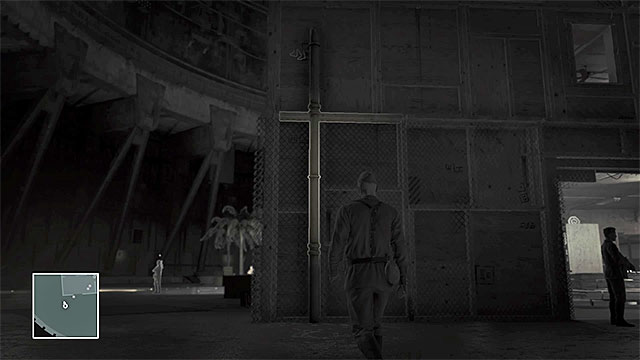 The central building has few entrances (M2,4)(M2,5). If you are using the security guard disguise, then avoid the southern main entrance. If you are wearing the soldier disguise, then keep away from the northern hangar entrance - in these locations there are people who can recognize Agent 47 (depending on what clothes he is wearing). 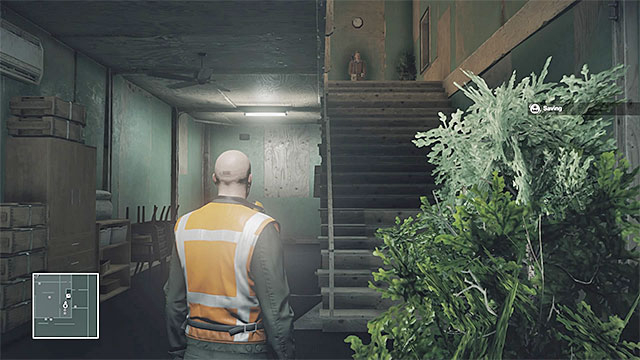 Soldiers and mechanics can enter level 1

Once you get inside the main building you should take some time on learning the layout of rooms. While on floor 0 you should visit the eastern locker-room in which you can easily obtain the Hangar Mechanic Disguise (M2,3).

Only Soviet soldiers and mechanics can enter the first floor. The latter cannot enter the KGB officer office (M2,3) and the radio room (M2,7). If you are using soldier disguise then you should avoid the guard patrolling the eastern balconies on floor 1. You don't need to take any interest in floors 2 and 3.