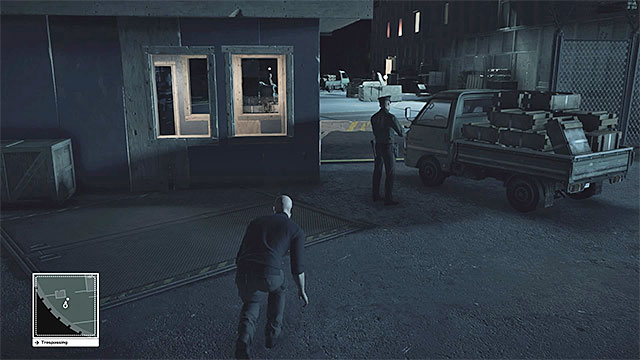 It is best to stun the guard from the western outpost

The Airfield Security Disguise can be obtained by knocking down one of the people guarding the military base. It is best to choose the worker from the western gatehouse (M2,3). You must make sure that you won't be noticed by nearby soldiers while attacking the guard (you can use the coin to lure the guard to a more remote location). The airfield security disguise isn't very useful. It won't provide you with access to floor 1 and higher and you can be recognized by the guards that are near the main entrance to the military base. 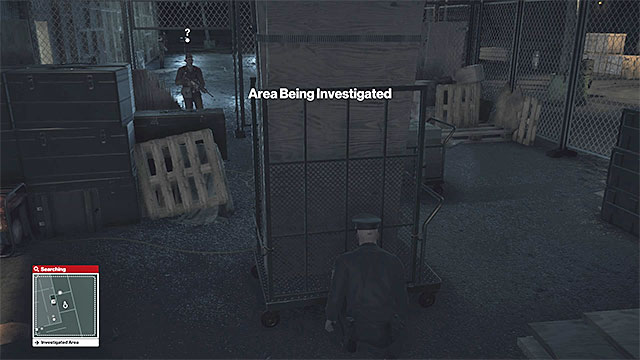 You can stun the soldier that is examining the sabotaged generator

The Soviet Soldier Disguise can be also obtained near the western gatehouse (M2,3) - first stun the security guard and hide his body in the chest. There is also a slightly safer way to obtain these clothes. Go towards the generator in the eastern part of the airport (M2,6). Then sabotage it and attack the soldier that will come to check why the reflectors are off. The soldier disguise will allow Agent 47 to freely move through the base. However, he can be detected by the people near the northern exit from the hangar and by the soldier that is patrolling the balconies near the radar room on floor 1. 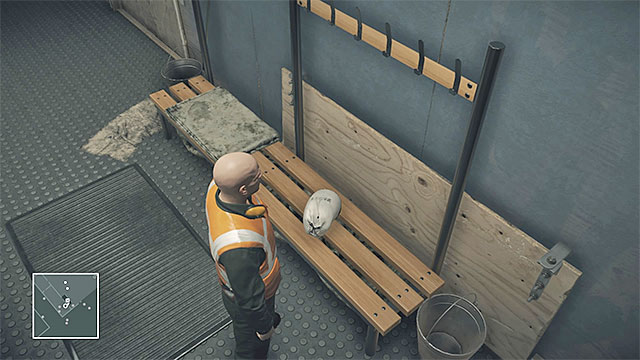 The Hangar Mechanic Disguise can be found in the locker-room on floor 0 (M2,3). Since there are security guards there, you would need to get there with the soldier disguise on. Another way of obtaining this disguise is by attacking the single guard in the western part of floor 0 (M2,10). The mechanic disguise is very useful since the only people you must avoid while having it on are other mechanics from the main hangar. Sadly, it doesn't guarantee access to the most heavily guarded rooms on level 1. 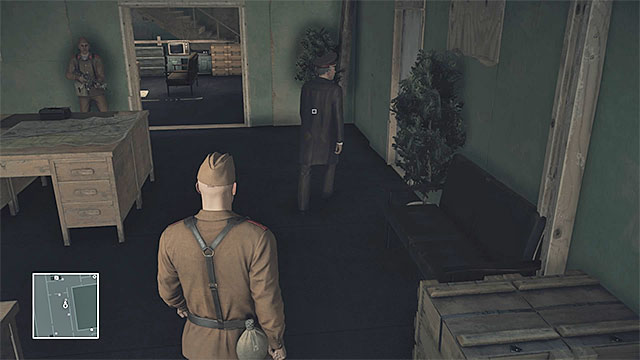 You must stun the KGB officer when he is alone

The KGB Officer Disguise is a unique one - there is only one person with it on the map. If you want to obtain these clothes, it is best to attack and stun the officer after he arrives in his quarter (M2,3). In that case you must quickly hide the body of the officer in the bathroom before Jasper Knight reaches the quarter. After putting the officer disguise you can freely travel through the whole military base. The disguise also unlocks the possibility to murder Knight in the radio room (M2,7) - details about that can be found on one of the further pages of this guide. 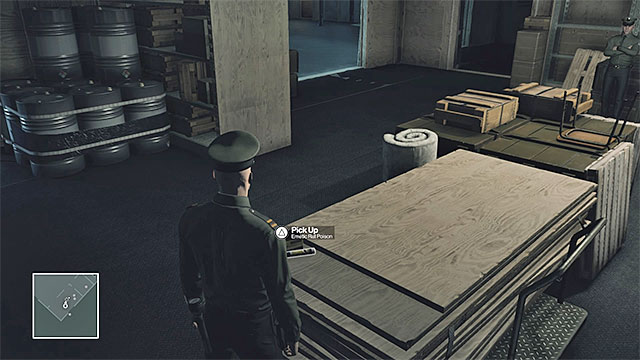 You can find three Emetic Rat Poisons (M2,2) on the airport territory. Two of them are on the floor 0 of the main building and the third one is in the bathroom of the officer quarter on floor 1. You can use the poison in two places. The first option is to add the poison to the bottle in the hangar - this will allow you to poison one of the mechanics. The second is to add the poison to the bottle of vodka delivered to the KGB officer office - this will allow Agent 47 to poison Jasper Knight. 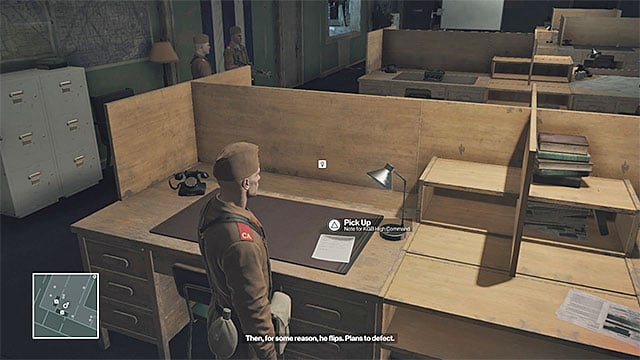 On one of the desks on level 1 of the (M2,4) building there is a note for KGB high command to be found. Reading it will inform you that Knight is blackmailing the KGB. Then you will be able to use this knowledge to murder him in the radio room.