During the Freeform Training in Hitman Agent 47 can use five disguises - mechanic, yacht security, crew member, bodyguard and Mister Norfolk. The last one is most valuable as it guarantees full access to the whole yacht and while wearing it Agent 47 won't be detected by anyone.

Mechanic disguise can be found in the cargo loading zone

The mechanic disguise can be found in the cargo loading zone on floor 0 (M1,1). It is lying unused on the chest, in mechanic's sight. You can distract him for example by throwing a coin or, similarly as in previous mission, stun him and hide his body. The disguise allows you to freely travel through floor 0 and 1 of the yacht. However, you must watch out for other mechanics in the northern part of floor 0 of the yacht - one of them can recognize you. 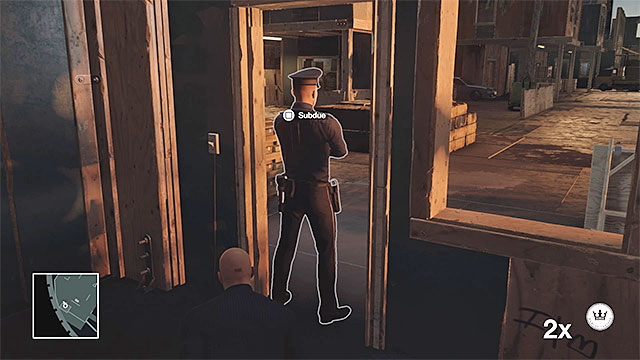 Yacht security disguise can be obtained only by stunning one of the security guards. It is best to stun the guard in the southern gatehouse on floor 0 (M1,2) - throw a coin to distract him, sneak up to the gatehouse, wait for him to return to his post and then attack him from behind. You can also attack one of the guards after you get on the yacht deck, for example the guard from floor 0 that is near the scaffolding and the generator (M1,6). This disguise allows you to travel freely through levels 0 and 1 of the yacht and to use the main bridge (M1,3). 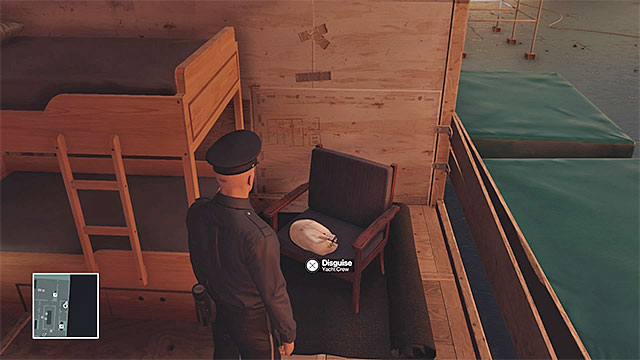 Yacht crew disguise can be found on a chair in one of the rooms on floor 0 of the yacht (M1,2). You can also attack and stun the crew member in the kitchen on floor 1 (M1,9). This disguise will allow you to freely travel through the map, including through level 2 and 3 of the yacht. You must only avoid Ritter's sight as he can recognize Agent 47 (avoid him or merge into the crowd at the bar on floor 2). 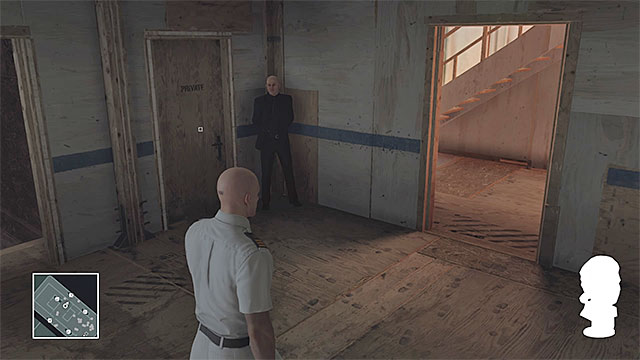 Bodyguard disguise is hard to obtain since the bodyguards can be found only on floor 2 (one of them is constantly following Ritter) and they are positioned in public places. In order to gain one of these disguises you must lure the bodyguard to a remote place - for example by using thrown objects. 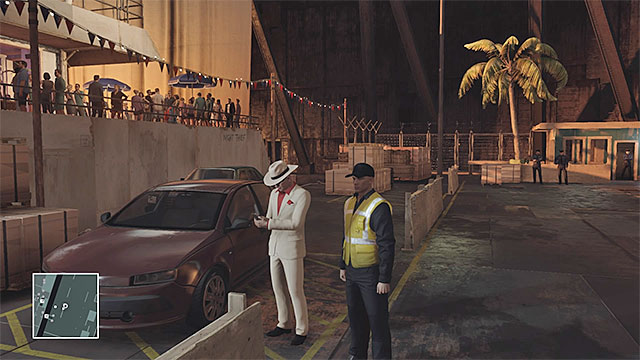 Mister Norfolk can be found near the starting area

Terry Norfolk disguise is the best disguise available in this mission. It allows you to freely travel through the whole yacht and to meet with Ritter privately without making any suspicious. Mister Norfolk is standing near a car close to the starting location (M1,14). Since he is in guards' sight, you must use coins or other throwing objects to lure him into some remote location and then stun him in order to get his clothes. 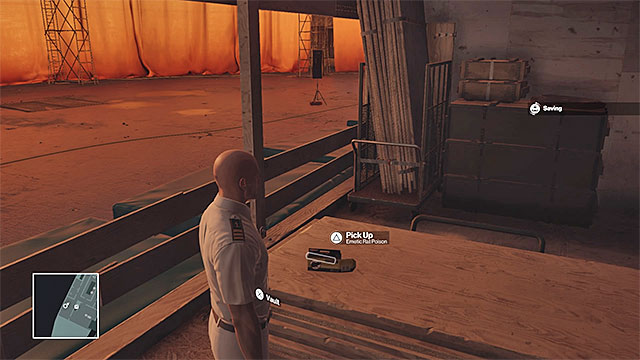 The poison is on the lowest deck of the yacht

In the northern part of the map, on the lowest floor 0 of the yacht (close to the working mechanics) (M1,3) you can find the Emetic Rat Poison. You can then use it on floor 2 in order to poison Ritter and make quietly eliminating him easier once he walks to the toilet. 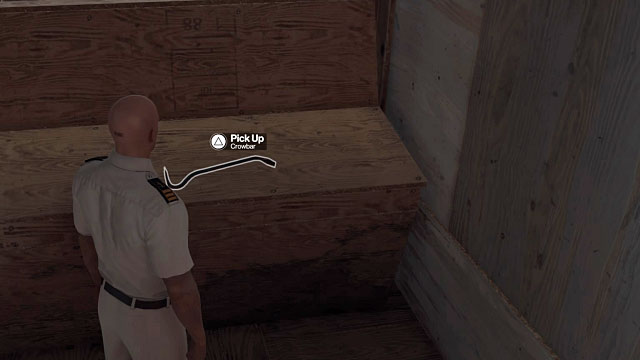 Crowbar can be found near the raft used for killing Ritter

You can find crowbar (M1,4) on the highest, third floor of the yacht. The item can be useful for dropping the life raft on Ritter and thus murdering him in an arranged accident.