Although the Dwarves have reached the tomb of heroes, they failed to stop Lixius. A race against time is about to start. 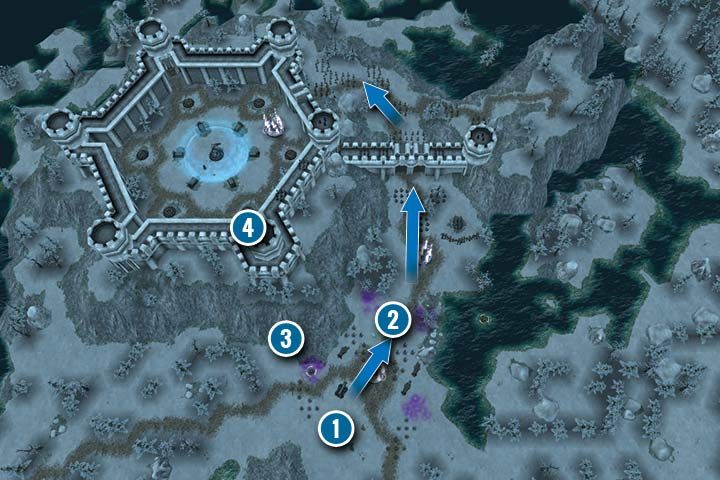 Defeat Lixius' defenders placed around the tomb. You command a large Dwarven army (1) and all heroes you have recruited up to this point. Percival, Arcaena, and Vulpis (2) are all powerful and have high health regeneration. Use their strength to defeat the nearest defenders. Even if you lose them, they will go back in the next turn.

Lixius will keep summoning reinforcements for a few turns. The purple smoke (3) informs you where new enemies will appear. You can prepare to face them, or you can simply occupy these tiles with your units - this will prevent them from getting summoned. 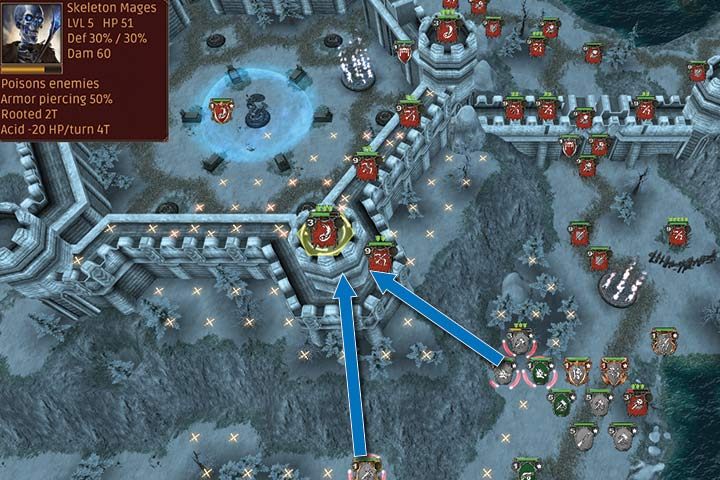 Karric is an exceptionally useful hero. His second attack is perfect for eliminating enemies in fortifications.

Your units are south of the gate. Use Karric to weaken and inflict acid on the enemies on the walls and inside the towers (4). On normal, one acid attack is enough to eliminate any Undead unit located on the walls. In the meantime, keep moving your units forward. Arcaena and Vulpis deal a lot of damage and they ignore armor and defense bonus granted by fortifications. If you have problems with an enemy, use Lightning scrolls from the map to eliminate problematic units.