The Dwarves are heading to another tomb. This time, they want to reach Vulpis' burrow. 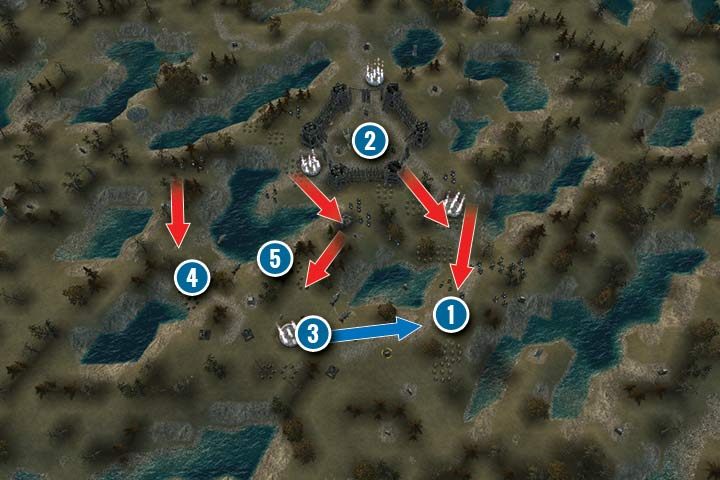 This mission is surprisingly easy. Defeating Orcs and Goblins will require a little bit of cleverness. The enemy will attack mainly from the east (1). The hostile units will soon leave the well-fortified fort in the north(2).

Despite fewer units, you still have a huge advantage (3). Use your heroes to slow down Warlords and Pikemen. Order Axe Throwers and Mortars to deal with the Archers. Boars are great for attacking Warlords and Archers. Vahan is crucial here - he will focus the Pikemen's attention.

In the east, hold your position right near the southern part of the small lake (4), the one near the fortress. Wait for enemies approaching you from the north. Use Boars' charge to defeat the Warlords. Move ranged units closer to the water (5) so they will be able to shoot enemies on the opposite side of the lake. Keep Karric around to block enemy units in the forest.