Your army has set up a camp and started preparing for the siege. You are being surprise attacked by enemy forces. 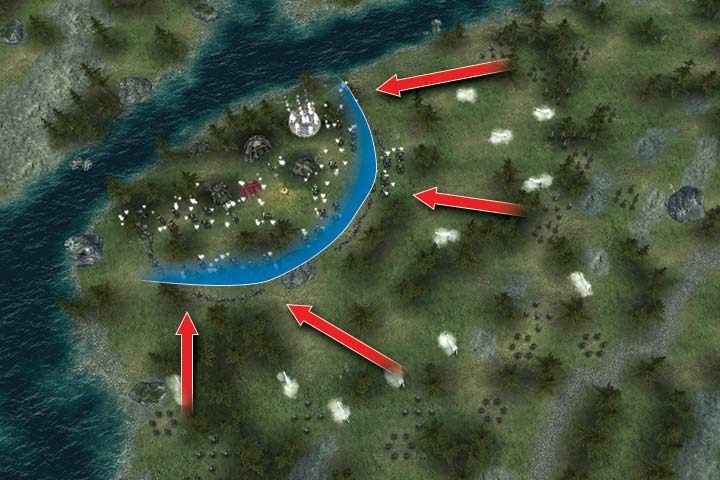 This is a typical defense focused mission, in which you have to repel Elven forces attacking your positions. At first glance, this is not going to be an easy task. This mission features a new unit available in your army: the shamans. Those Orcish casters are going to play a crucial role in this mission.

The Shaman can both attack enemy units as well as cast a special shield (lasting for a few turns and absorbing damage) on allied units. Only after the shield is destroyed, your units are able to receive damage. The first wave of enemy units consists of Unicorns, which are cavalry units. Your pikemen should be a perfect match for them as they deal significant damage and can withstand the charge ability. Every path to the camp is narrow and fortified, which makes it easier to defend your position.

Place your pikemen on the first line and secure all the entrances. Use Shamans to shield your units. The Elves will send their archers right behind their cavalry. To counter the attack use your archers and Vulpis (the dragon). The latter is especially useful as he can leave the camp, perform an attack and get back inside all in the same turn. He will also come in handy while dealing with heavily armored enemies. You can also summon Mages and Wyverns, which will significantly increase your military strength during the mission. It will also help you to deal with heavily armored units.