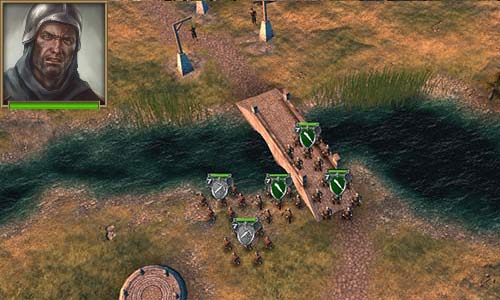 The Militia has its uses, such as blocking narrow passages or guarding other, vulnerable units.

It is the first unit available for your army. It has practically no armor (damage reduction) on the first level. It is only after the first improvement that it gains defense in close combat and more health points. However, it does a lot of damage and is the cheapest unit to recruit and summon during the battle. For this reason it will serve as your cannon fodder, especially if you're low on budget. If you want to use them more often, it is necessary to upgrade Militia to level 3, and then at your own discretion (two first improvements cost only one crystal, then each next - two crystals). You must have a minimum of 3 people in a unit to deal maximum damage. With two soldiers, the damage decreases by 33%, and with only one soldier the damage is 66% lower.