The castle is the place to which you go after each mission. There, you can restore the health of your hero and units, which can also be replenished there. This is the only place where you can spend gems and gold (although the latter is also needed for conjuring units to battlefield). There are three categories of buildings in the city. 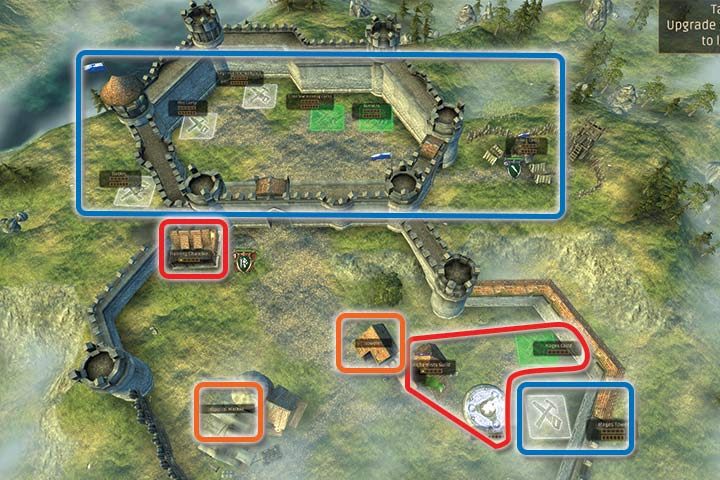 Recruitment buildings - After buying a given building, you will be able to recruit new units. Each building grants access to one type of units. Some buildings also require another structure to be erected first - for example, in order to build the Mages Tower, you first need to build the Mages' Guild. The level of each building is represented by stars underneath its name (it can be increased with gems) and the number of units recruited (the blue effigy). Consider unlocking all buildings during the initial hours.

Commercial buildings - The Jeweler can help you trade gems for gold and vice versa; the Imperial Market allows you to buy gems for real money. These buildings are erected from the very beginning and don't have to be upgraded.

What should I upgrade first?

Here's the order of importance of the upgrades we recommend: