On this page of our guide to Halo Infinite we've described the boss fight against Jega 'Rdomnai, which takes place in the late-game during the House of Reckoning main mission. You'll learn about Jega 'Rdomnai's attacks and unique abilities, how to expose him, weaken him and ultimately defeat him.

Jega 'Rdomnai - location of the fight 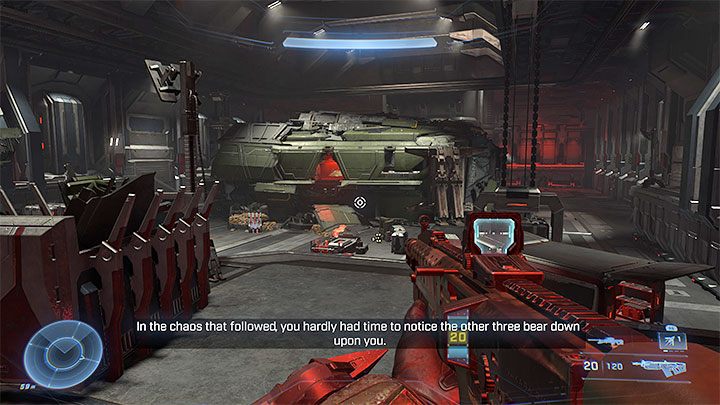 Jega ' Rdomnai is Escharum's closest subordinate. You'll see him several times in various cutscenes throughout the campaign and confront him in mission 15 - House of Reckoning.

The boss fight starts soon after two major battles against regular enemies which are supposed to test your skills. You'll reach the hangar with a ship in it, as pictured above. 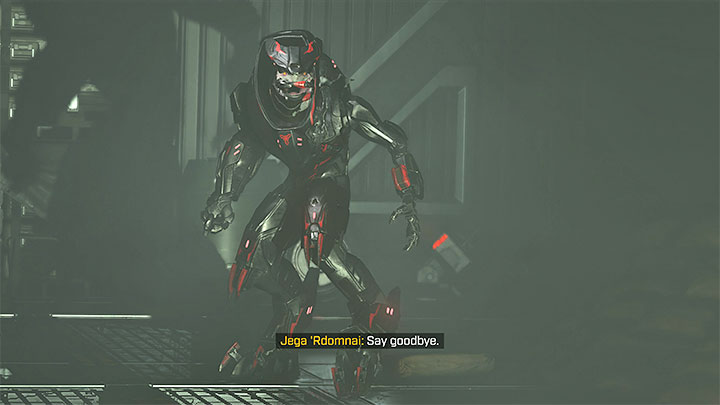 Once inside start picking up the weapons and other supplies found in the area.

To trigger the boss fight you must view a small portable hologram found on the floor. 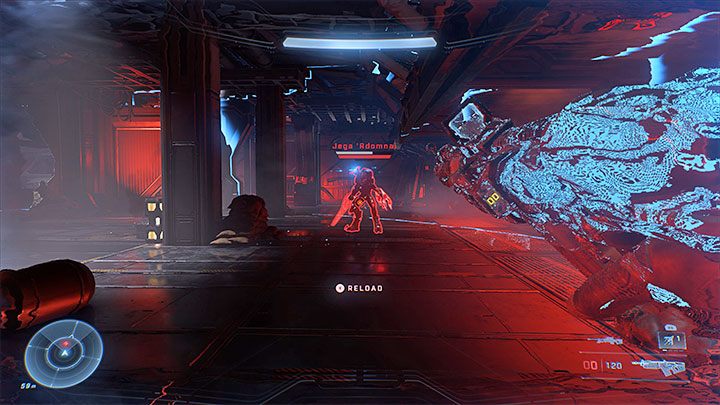 Jega 'Rdomnai is one of the Banished using optical camouflage, which allows him to hide from Master Chief. As a result he fights similarly to Chak 'Loka, the boss encountered in one of the first missions of the game.

Just like against other camouflaged Banished you should rely on your Threat Sensor - scatter one or two of them on the ground. This will uncover the camouflaged boss, giving him a red outline. 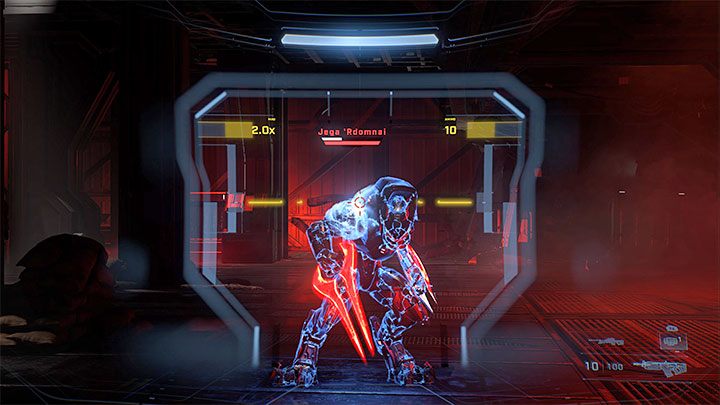 Jega 'Rdomnai uses Elite Bloodblades and thus fights in melee. Try to keep your distance and attack at range.

Jega has a white shield bar which, just like against previous bosses, you must empty first. Only after destroying the shield can you deal damage to the boss' red health bar. Keep attacking, if you cease fire the boss' shield may regenerate. 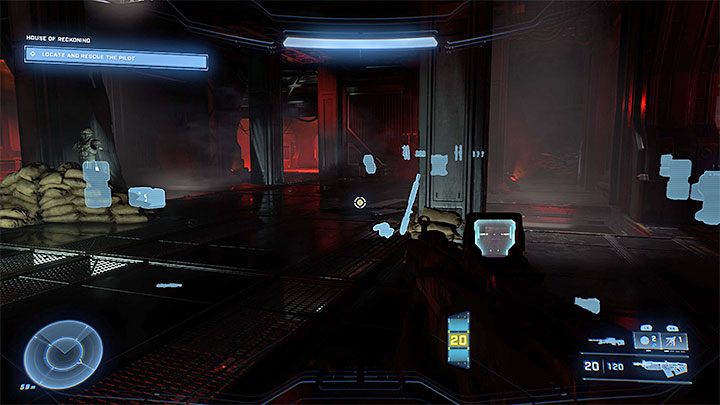 If Jega 'Rdomnai gets dangerously close to you, use the grappleshot to quickly move away.

During the fight use the most powerful weapons you have, as there are many other weapons and ammo crates available on the arena. Use them when you run out of ammo.