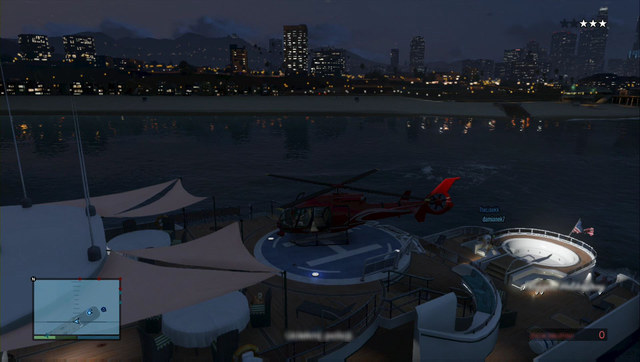 Landing the chopper on the yacht requires lots of precision

In this mission, you need to steal coke from a yacht. You split into two teams - one of the teams takes the dinghy, whereas the other one takes the chopper. It would be good if the pilot could handle choppers well, because landing on the yacht requires lots of precision. The team from the pontoon should deal with the opponents on the lower deck, whereas the ones from the chopper deals with ones on the upper one. 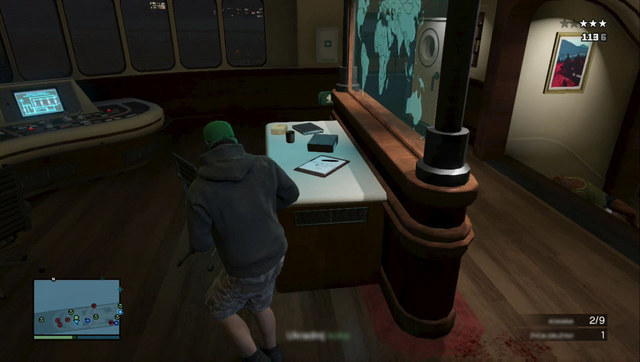 Coke is next to the captain's seat

Collect the package marked on the radar and escape. It would be best if everyone escaped on the chopper, because you need to lose the police pursuit and reach the delivery point - it is the fastest and the surest of solutions. 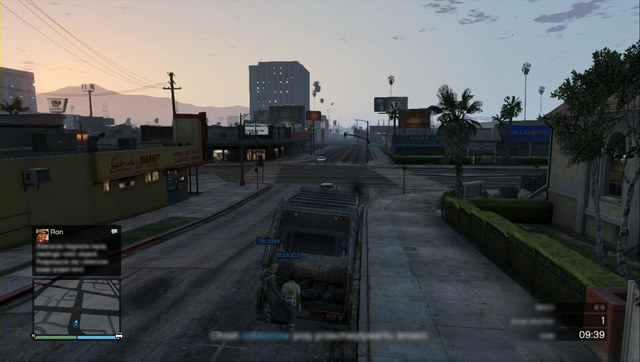 The trash truck is not too fast, use side alleys to lose the gangsters

It would be good if everyone had armors and could fire well, for this mission. Also, it would do good to have several grenades or, even better, a rocket launcher. First, get to the location, where there are garbage trucks and steal one, after you deal with several guards. Two players get on the truck and other two take their positions at the back of the truck - their task is to collect the stuff. You need to drive to four locations and collect the stuff hidden in trash bags. Only the players at the back of the truck can collect them. 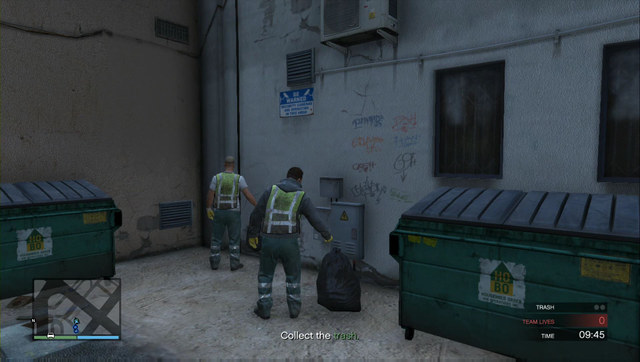 Collect the black bags lying next to the containers

In the first pint, you attract nobody's attention, but in each following one, you will be surrounded by enemy gangsters. The players inside the truck should cover the ones that pick the bags, after which you get back inside, as quickly as possible, and move on. Many of the gangsters arrive on cars so, explosives will come in handy here. Also, you will get a tail on your way towards the delivery point - it is best to turn into narrow alleyways between buildings, to reduce the threat that the players at the back of the truck die under enemy fire.

Hint: each time, you need to stop the truck in the marked area. However, after that, it is better to drive up to the stuff to be collected to make things faster.

In the next mission, you need to remain completely silent and unspotted. First, collect the suppressed weapons from the container and get into the pontoon. After you get to the destination, enter the sneak mode - no one on the crew should be spotted, which would start the alarm. Eliminate each opponent that you meet with the suppressed weapons, or in melee - the bottom line is synchronization of actions and picking those of the targets that ensure remaining in hiding. You do not need to kill all of them - just enough to ensure that you get to the vans, at the back, safely. Of course, after you try to leave the location and go towards the destination, you will start being chased - simply, do not let the enemies destroy the vehicles and make sure nobody dies.

The next objective is similar to the previous one. You reach the spot - the sawmill - and steal two trucks loaded with the goods. The crew is divided into two teams now - the watchers and drivers. First of all, eliminate the opponents from afar, until it gets safe to steal the trucks. Get to the delivery point along the forest road, where there are several ambushes arranged. This is why you should watch out, especially that it is not easy to cross this area in these cars. 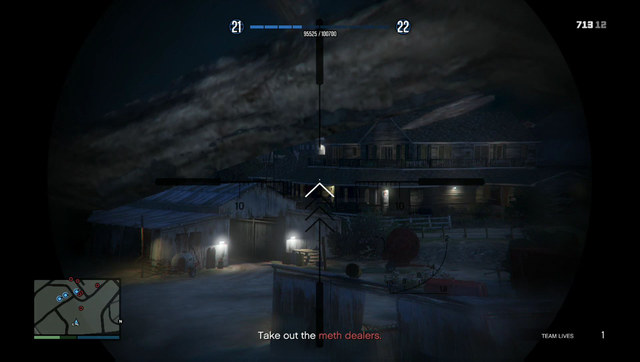 The last preparatory mission should not be difficult to complete. Get to the O'Neil brothers' farm. First, eliminate, at a long range, as many opponents as possible and then, clear the building interior. Do not roam about too much, because there are many opponents lurking in windows. Before you continue, make sure that the area is clear, because you need to steal the tanker, which is vulnerable to gunfire. 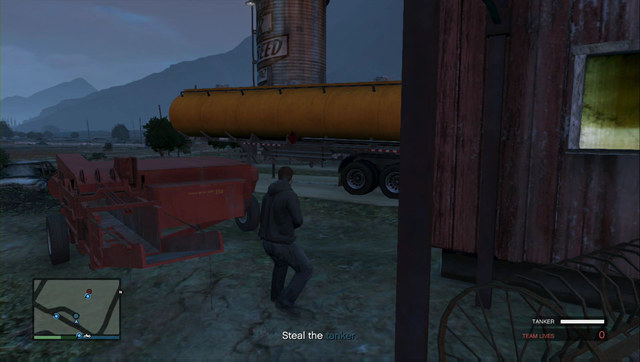 You need to attach it to a truck and there are quite a few of them around. The ones that have been prepared especially for that, are In the Northern part of the farm. You have a limited amount of time to deliver the tanker. Along your path, the rest of the crew protect the cargo from the pursuers.

This time, instead of a regular heist, you get a transport mission, which resembles the "Weed" mission, in its premise. Divided into two teams, get to the storage - the ground team (drivers) and watchers in side positions. First of all, fight back the heavy attack on your place. You do not need to hurry in this part, it is best to save up on your armor, as much as possible. As soon as it gets quiet, the rivers take the trucks (Bensons), the same ones as in the preparatory mission and the watchers enter the armored car with the turret. Now, take the trucks to the marked area. The key to success here is to eliminate targets in your path, quickly and efficiently, also the ones up in the air - have the gunman deal with the choppers. As soon as you reach the delivery point, the mission ends in a success.