This unofficial guide to Grand Theft Auto V is a complete guide to Los Santos and its vicinities, to help you experience all of the attractions that the game has to offer in the least painful way possible and to help you achieve 100% completion of the game. In this guide, you will, first of all, find a very detailed description of completion all of the main missions for the single player mode, and also of all of the optional tasks and challenges that you receive from people that you meet in the street or unlock yourself.

A large part of this guide is devoted to whereabouts of all collectibles. Apart from that, chapters devoted to the activities and mini-games available in the game (buying an estate, playing tennis, performance of stunts, diving and many more), describing all of the three playable characters and earning of achievements/ trophies will also be published. 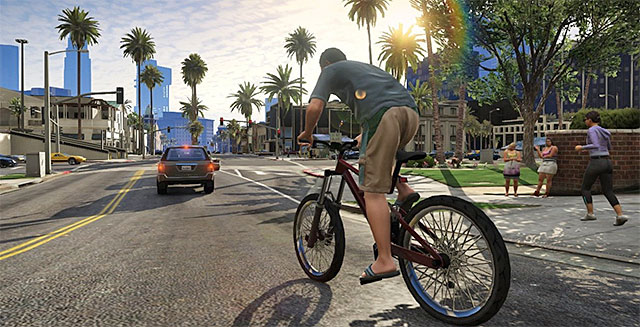 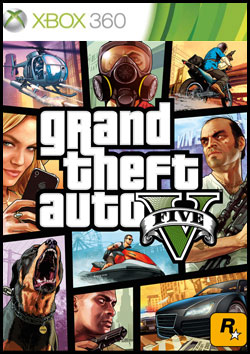 Los Santos: a sprawling sun-soaked metropolis full of self-help gurus, starlets and fading celebrities, once the envy of the Western world, now struggling to stay afloat in an era of economic uncertainty and cheap reality TV.
Amidst the turmoil, three very different criminals plot their own chances of survival and success: Franklin, a street hustler looking for real opportunities and serious money; Michael, a professional ex-con whose retirement is a lot less rosy than he hoped it would be; and Trevor, a violent maniac driven by the chance of a cheap high and the next big score. Running out of options, the crew risks everything in a series of daring and dangerous heists that could set them up for life.
The biggest, most dynamic and most diverse open world ever created, Grand Theft Auto V blends storytelling and gameplay in new ways as players repeatedly jump in and out of the lives of the game’s three lead characters, playing all sides of the game’s interwoven story.
All the classic hallmarks of the groundbreaking series return, including incredible attention to detail and Grand Theft Auto’s darkly humorous take on modern culture, alongside a brand new and ambitious approach to open world multiplayer.

The creators of the Grand Theft Auto are famous for their attention to details, and their ingenious, sometimes surprising associations with the real world. It's no different with the gloomy gang world in the fictional Los Santos from GTA:SA.

What will GTA 6 Look Like? We Review All Leaks

Various rumors and leaks about GTA 6 have appeared on the Internet in the last few years. So, let's check all the gossip and pieces of information we have received so far about the long-awaited GTA 6.

If there's one thing we can be sure of in this sad world, it's that another GTA will be released. It's as sure as the Sun. However, the exact date of the sixth coming is still unclear. In this article, we consider all the possibilities.

Why open world games suck at telling a story?

A great map, a slew of activities, and unlimited freedom usually come at the price of a forgettable, pretext storyline. Is that always the case? And does it have to be like that?

The best time to be a gamer is NOW

Lootboxes, microtransactions, cutting content, extremely formulaic games its hard to be a gamer nowadays, isn't it? Except its not!