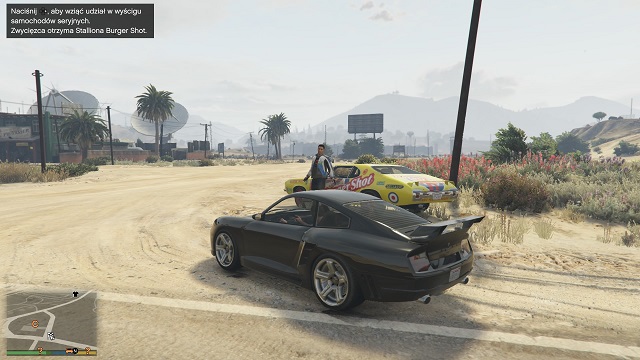 Stock Car Racing is a special series of races dedicated for Trevor which can be undertaken after completing Mr. Philips mission and having arrived to the place appointed by a race car. It consists of 5 races which take place always on the same track, with the same number of participants (9) and with the same number of laps (5). The only thing that changes is the prize for the first place which is a race car (each time different). 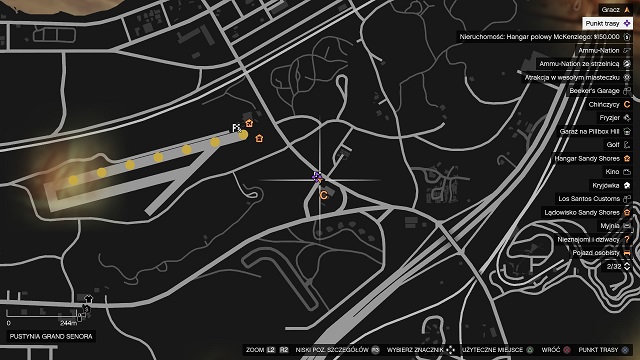 There we will find a driver standing close to his vehicle.

The place where we can start a race is close to Yellow Jack Inn bar on Grand Senora Desert. 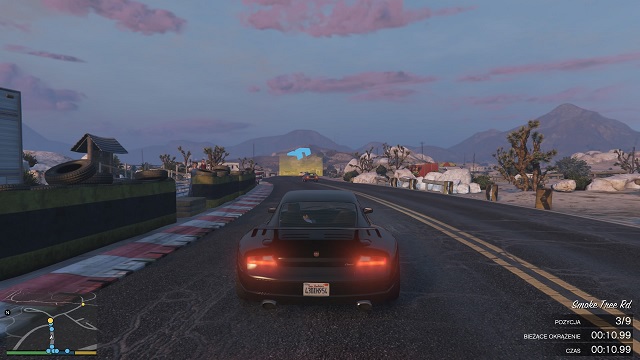 The sooner you take the lead, the better.

Route designed for these races is relatively short, it consists as well of straight sections and very sharp turns where you can easily hit the pole or barrier and thus lose the lead. Of course, in case of a collision, hold triangle to safely return to the road. After the end of each race, we have to move away a little so the principal could refresh. 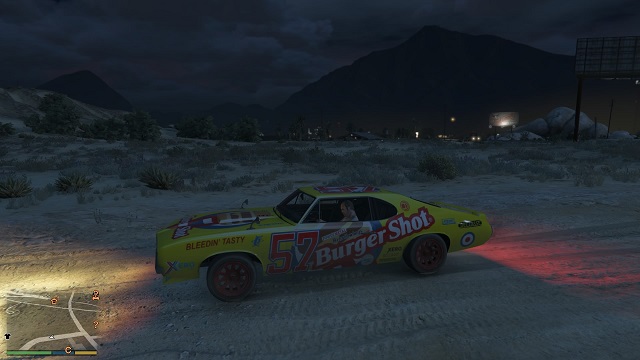 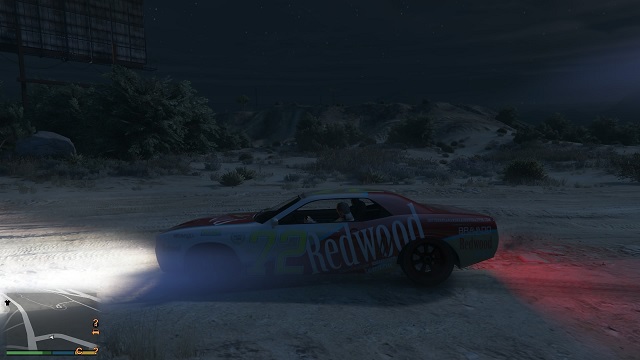 Prize for the second race is Redwood Gauntlet. 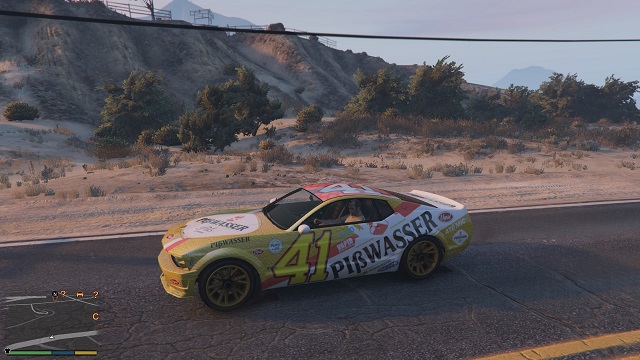 Prize for the third race is Piswasser Dominator. 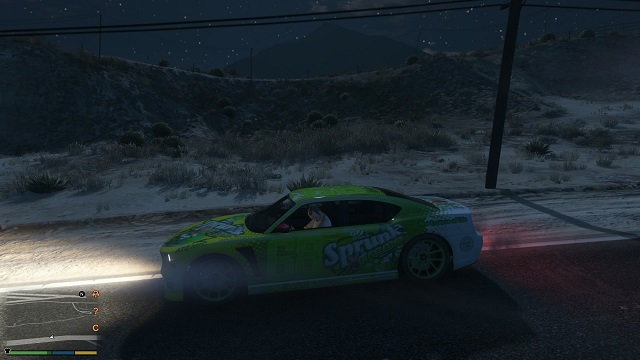 Prize for the fourth race is Sprunk Buffalo. 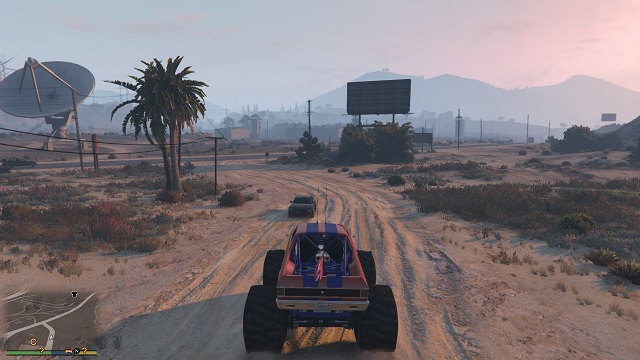 Prize for the final race is Cheval Marshall which will later be stationed in Trevor's aviation hangar (possibility to choose out of 25 graphic patterns which symbolize national flags). The other four cars will be available in individual garages of all characters.