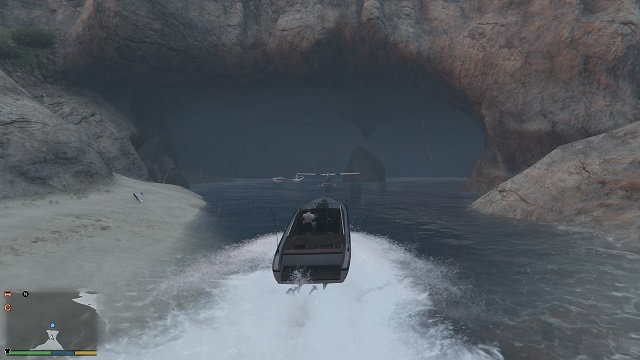 Another random mission is this time associated with getting a hydroplane (light aircraft that can land on water) and may be realized by any of the available character under two conditions. Firstly, Nervous Ron has to be completed and secondly, you have to get to that location using an aqueous vehicle - for example a boat. 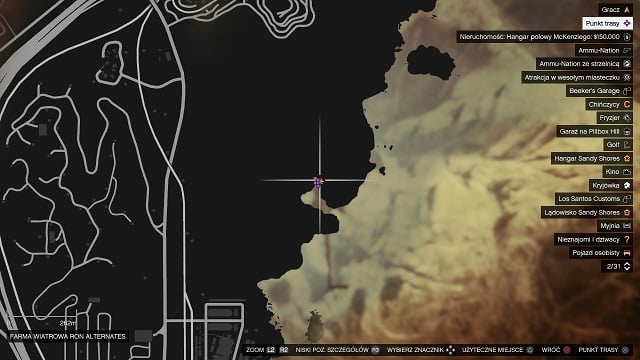 The place we are looking for is a water cave located on the east coast of the isle, on the east from RON Alternates Wind Farm. 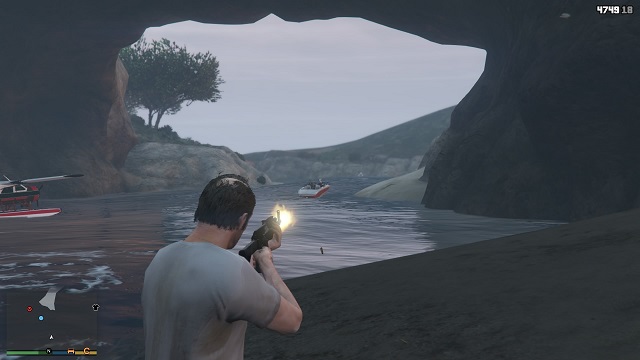 Schematically: we murder everyone and get the prize.

After reaching the cave we kill the crew of motorboats and small ships inside and we get the plane with which we have to fly off to complete the task (as we start, other two boats show up on the horizon but we can leave them and fly away). 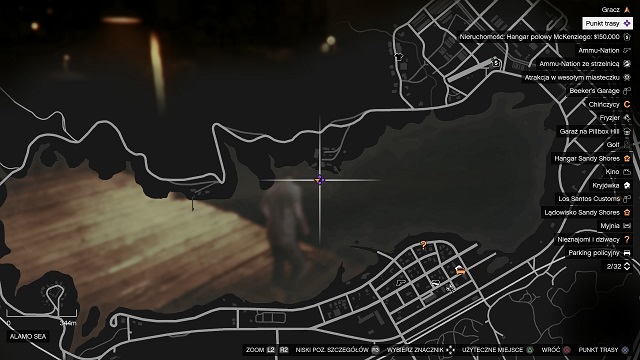 If we managed to fly away, we will now be able to get our hydroplane in two places. The first of them is a gang-board on the north coast of the Alamo Sea. 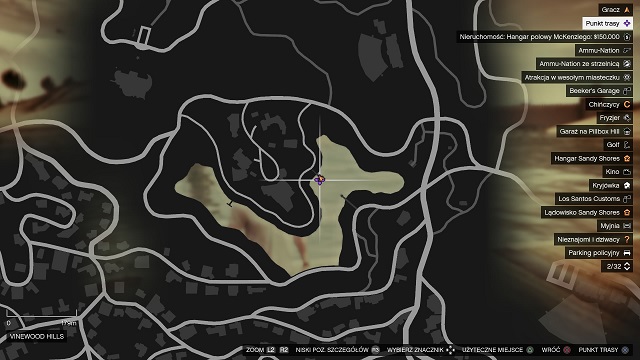 The other place is also a gang-board but this time on a lake in Vinewood Hills. Optionally, you can also buy the plane on Elitas Travel's website for $500,000.