First, we need to find in the area of Los Santos - of course using Michael - four secret signs, which are directly related to that crime. A distinctive sound informs us about finding these secrets. 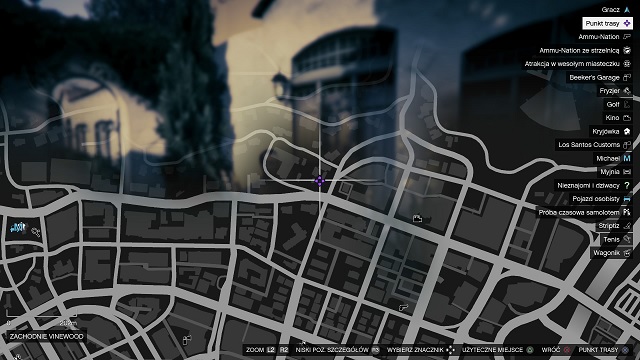 The one saying "Old Fred acts nice, but it ain't so!" can be found in west part of Vinewood, in Gentry Manor Hotel. 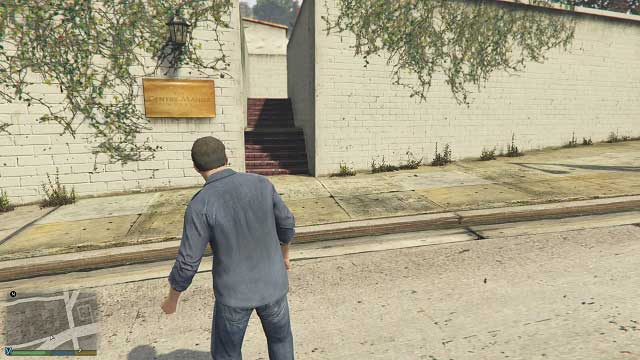 Entrance to this part of the hotel.

Passage with stairs leading to hotel complex where we will find the inscription is located in the longer part of the wall on the street side. 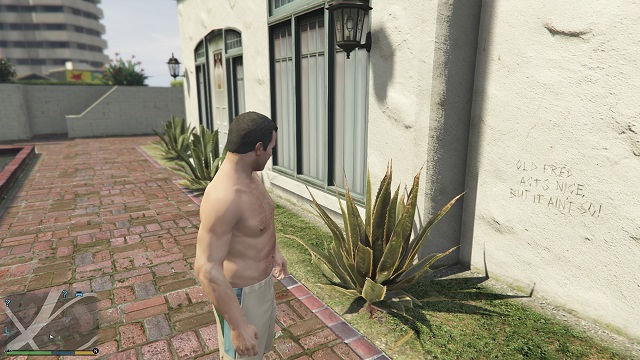 And here is our first inscription.

The inscription can be easily seen on the wall of a building which we pass by as first right after entering the inside of hotel complex. 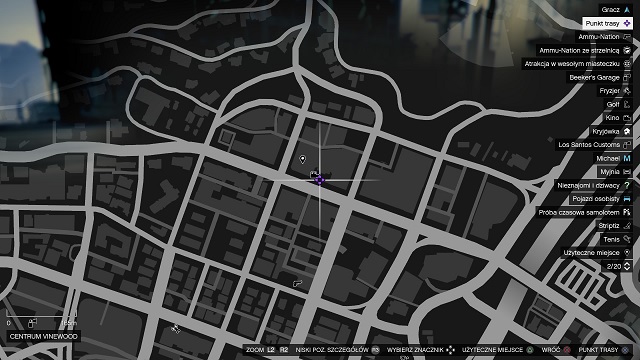 The second one saying "Ain't no mystery. They drowned her because of what she knew!" can be found in Downtown Vinewood, at the entrance to the cinema called Oriental Theater. 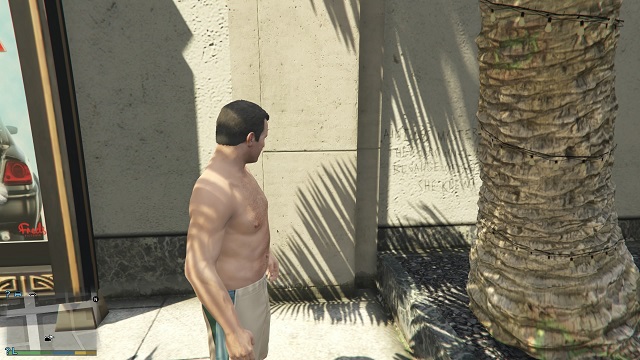 Hidden a little bit, but still can be found.

We will find the inscription hidden on a wall behind one of the palms growing in front of the entrance to the cinema. 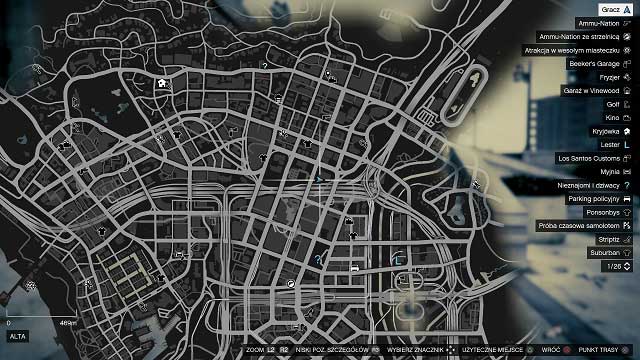 The third saying "Fred makes cartoons for kids, funny thing considering what he hid" can be found in the housing estate called Alta, on the City Hall building. 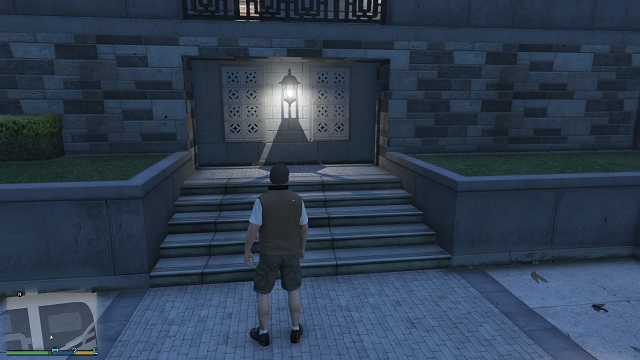 The lamp is clearly showing us that the inscription is close.

Having arrived at the place, you have to go round the building and find a hollow in the wall. Stairs with provisional lawn on both sides lead there. In case of any problems, just look at the minimap visible on the picture above, which will give you the sense of direction. 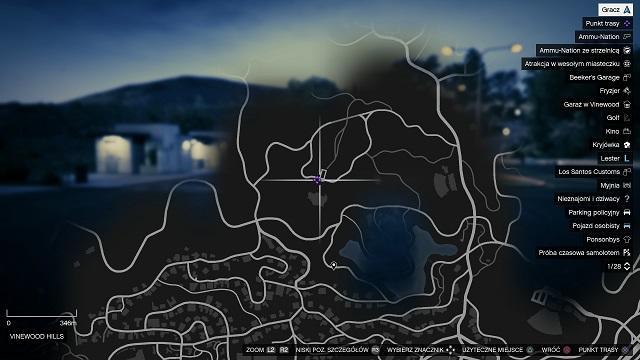 The fourth one saying "David Richards knows" can be found in Vinewood Hills, in the building of Galileo Observatory. 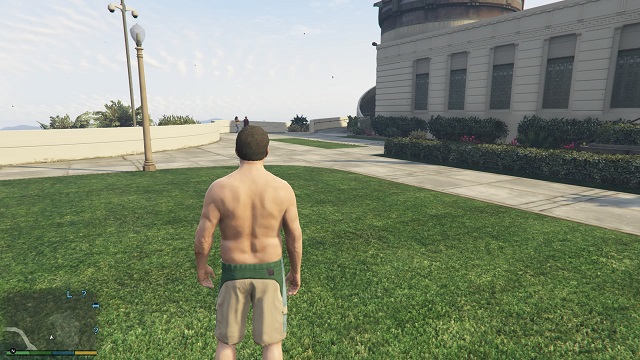 Path leading to the inscription.

Reaching the place we choose passage leading to the rear of the building (as viewed from the front, it will be the left one) and we pass along to get to the wall on which we will see the information sought by us. 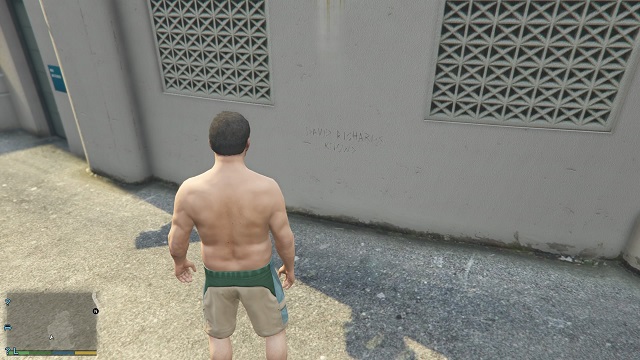 The last inscription has been found!

And here is our last inscription - as mentioned before, it is on an outside wall of the building, between two vents.