This section of the Grand Theft Auto V game guide includes the list of government facilities located across the in-game world map. You can additionally learn what is the danger of entering such location in GTA 5. 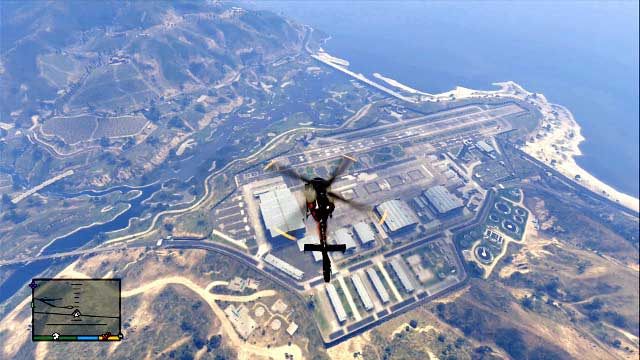 Fort Zancudo is a heavy equipment mine

The mysterious military base is hidden behind a west side of San Andreas. You will be nearby it several times during your missions, but probably you won't get inside - which is worth a trip. You can find there, among others, Rhino tank, Lazer P-996 jet, Buzzard helicopter and even a powerful Titan. But, unfortunately, entering the base is equal to four Wanted Stars. And, additionally, you can simply sneak in and penetrate freely so you have to rush things inside, because the longer you're inside, the harder is to get out due to the growing number of guards and machines. But you can get a bit crazy inside. Besides interesting training center in there, you can also find a lot of weapons spread here and there like a minigun. 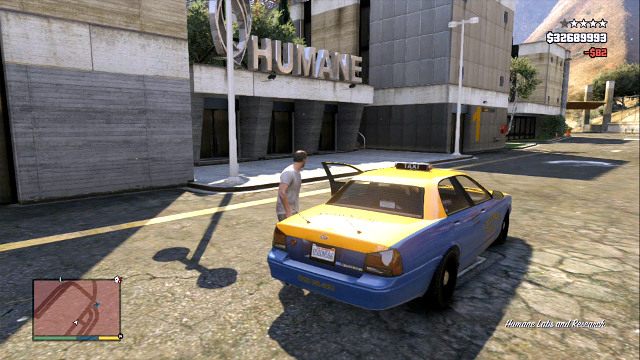 Another secret place with not clear features is a Humane Labs and Research Company. Located on the eastern coast, almost opposite to the Fort Zancudo. Like in the case of the Fort, you get four Stars for only getting in there. You visit it in one mission, but directly from the inside. o see it from the outside, you have to get there alone. What's interesting, you can take a cab which will take you to the very entrance. But you always get a four stars. 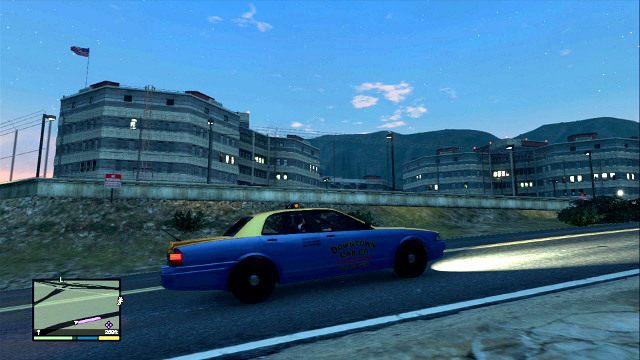 On the roof of NOOSE you find a Buzzard

On the eastern cost you can also find a headquarter of NOOSE. It's another governmental facility. But on the contrary to Fort Zancudo and HLRC entering it won't cause any stars. You can find there, for instance, a Buzzard helicopter on the roof. To get there, you have to climb up on the ladder on backs on right from the main entrance and then get on the left side of the building. 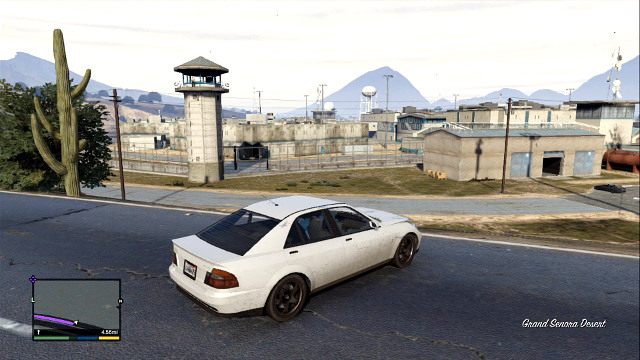 Bolingbroke Penitentiary located on south from the Trevor's hangar in Sandy Shores is another place you can visit looking for an adventure. An attempt of breaking in gives you Wanted level but riding around it is completely safe. Next to the prison you can find runaways. They'll pretend to be hitchhikers, but don't get fooled - they are armed. You can recognize them for their orange uniforms.