Location: The Altruist cult hangout at the foot of Mount Chiliad in the North-Western part of the map. 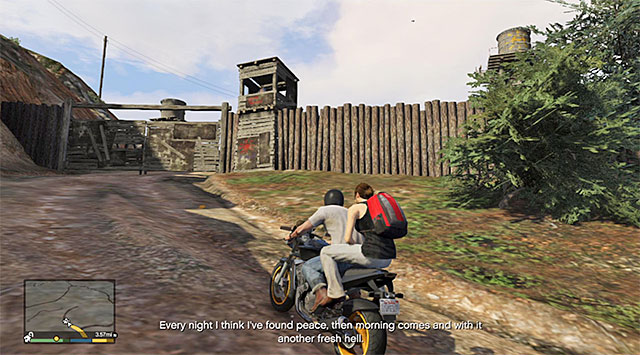 The altruist hangout, where Trevor can bring various people on regular basis

This event directly connects to many other events, which consist in giving a lift to randomly met people. As you probably realize, while playing as Trevor, you can go to an alternative destination and take the people he picks up, to a point different than the one defined by them, i.e. to the Altruist hangout (each such action is rewarded with 1000 dollars). After you deliver the fourth person to the cult hangout, the game will start a cutscene, of Trevor being captured by the cannibals. Wait for the protagonist to gain access to automatic weapon and start the bloodshed in the cult's headquarters, while using covers and Trevor's special skill to your advantage. After the fights finish, it will be necessary to explore this area because, apart from cash and ammo, you can also find a rocket launcher, among others.

Rewards for the completion of the event: none