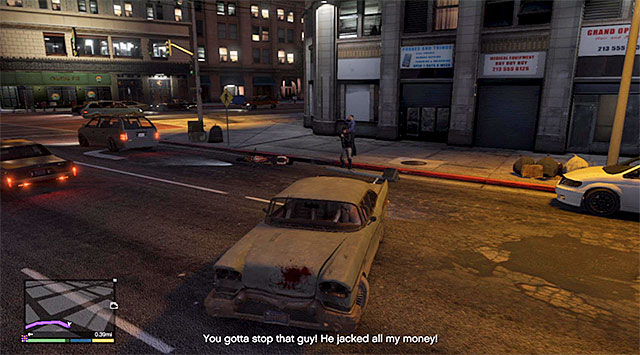 This event activates in two different locations in the game world and it is similar in its course in both cases. You should hear a cry for help from a person who has been robbed. Follow the thieves using a vehicle (a bike or a van) stop them, best by laying fire down on the vehicle, and deal with them (note - they can respond with heavy fire!). After the successful action, collect the stolen money. Depending on your preferences, you can either keep the whole sum for yourself or give the money back to the victim.

Location: Hawick Avenue in the Hawick district in the North-Eastern part of Los Santos

Location: San Andreas Avenue in the Textile City district in the central part of Los Santos.