Location: The East Joshua Road near the highway in the Eastern part of the map, to the North-east of Sandy Shores. 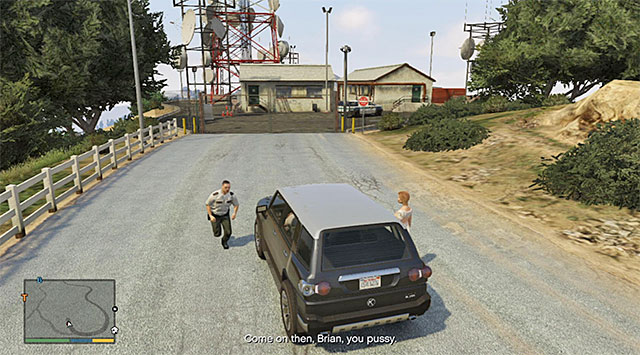 You can kill the boyfriend of the girl that you gave a lift to, or ignore him and drive away

Stop next to the hitchhiker standing at the road, who will ask you to take her to her boyfriend's working place at the Vinewood sign in the central part of the map. After you get there, the jealous man will attack your character. You can shoot/kill him (watch out for another guard who may join the fight), or ignore him and drive away.

Note - if you are playing as Trevor, there is an alternative way to complete this mission. You can take the woman to the Altruist cult's headquarters, located at the foot of Mount Chiliad in the North-Western part of the map (letter A on the world map). For delivering the man to the Altruist cult, you will be rewarded with 1000 dollars.