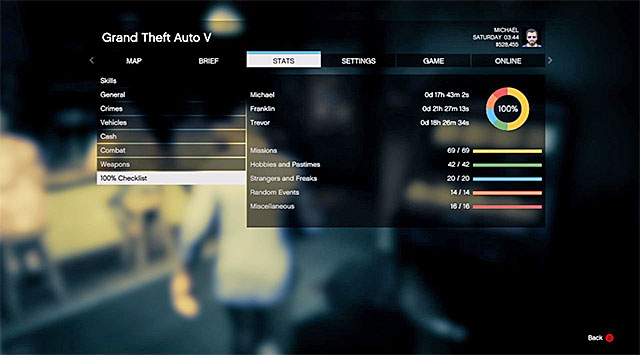 Location: You get the opportunity to start this mission after you complete the game in 100%. You can check on your current progress from the level of the stats window. Furthermore, the detailed information concerning all of the activities for the 100% completion of the game can be found in "GTA V - Game Guide". 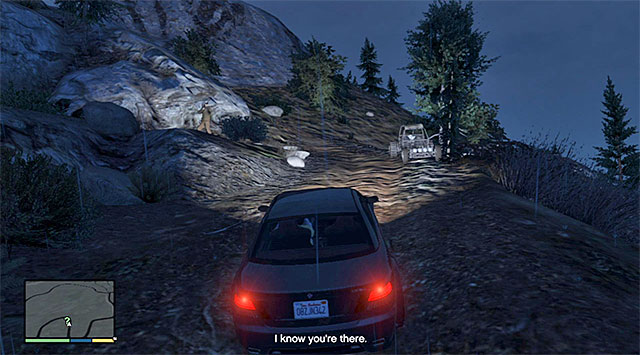 This mission does not become available right after you attain the 100% game completion status. You need to be patient and spend a lot of time doing some other activities, and wait for the moment when there will appear a question mark in the North-Western part of the map (close to Mount Chiliad). Go there as Franklin to meet a hunter there (the above screenshot). From him you will learn about a beast in this region. 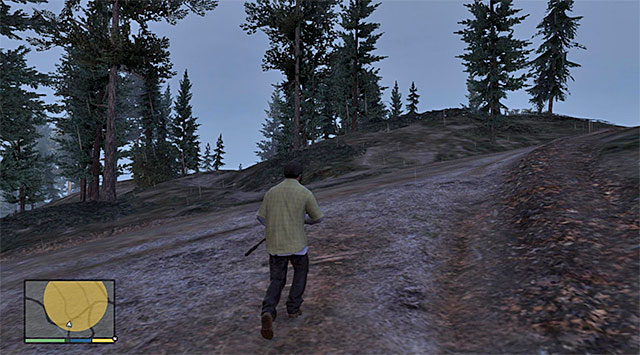 The region where you need to look for the beast

After you have listened to the conversation, go to the place with footprints to the North-West of the mission's starting point. Walk on foot because using a means of transport will render you unable to complete this mission in 100%. 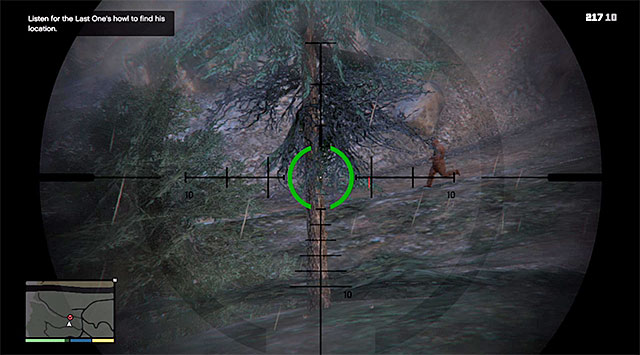 Try to shoot the beast with the scoped sniper rifle

After you get there, explore the entire marked area and you should be able to notice the running beast, which you of course need to follow. During the chase, try using the sniper rifle to cripple the beast but, do not target the head, and different body parts. At the same time, try to hit the beast, at least, three times. For tracking the beast, listen out for the sounds it makes and use the red dots appearing on your radar. 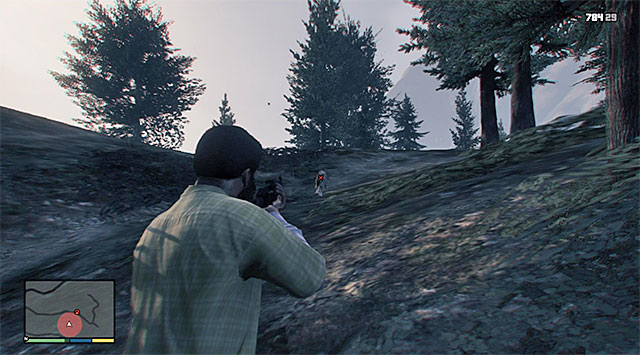 Do not allow wild animals kill you

An additional disadvantage is the fact that, along his way, Franklin will bump into several wild animals. It is a good thing to deal with them quickly by using a good assault rifle, for a change. 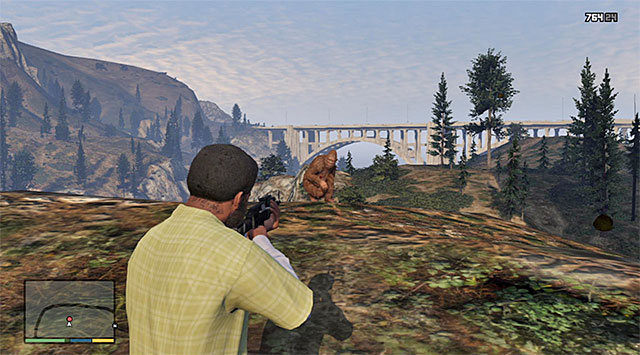 The chase ends either after you shoot the best on the head (which is not an easy task) or at the cliff shown in the above screenshot. Using any weapon, shoot at the beast, thanks to which you will determine that this was only a man in disguise. This is the end of the hunt.