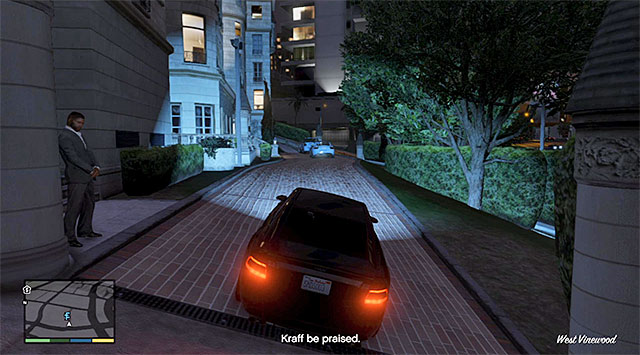 Location: This mission becomes available after you complete the Exercising the Truth side mission. Wait for a new marker to appear, which will let you know about the availability of the availability of the last Epsilon cultists' mission (letter E on the world map). It will appear close to Michael's villa in the West Vinewood and it is the cult's local headquarters shown in the above screenshot. Note - Michael is going to need to have 50 thousand dollars on him at the moment of starting this mission (another "donation") so, if you do not have that much money on you, you should make suitable preparations. 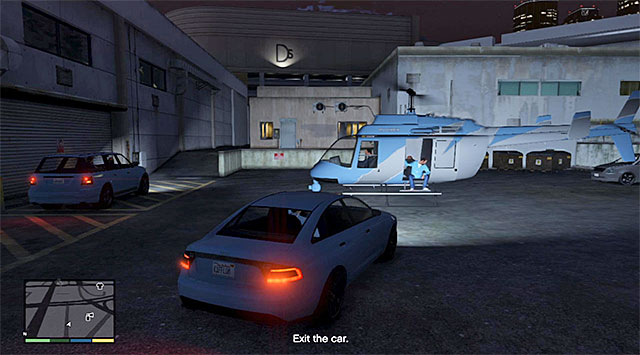 The place where the convoy stops

Listen to a short conversation with Cris, to learn that Michael is supposed to join a convoy escorting the cash, amassed by the cult, to the place where it will be loaded onto a chopper and taken away from the country. Get into the vehicle and follow the vehicle to reach, after several moments, one of the side alleys in the Northern part of the city. 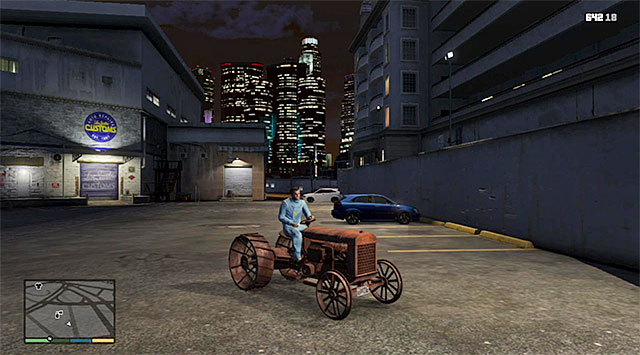 The present from the cultists :-)

There are two variants of behavior here. Variant one assumes that you leave the car, with the cash onboard, alone. Go to the nearby parking lot where you will claim your reward, i.e.... a dilapidated tractor. 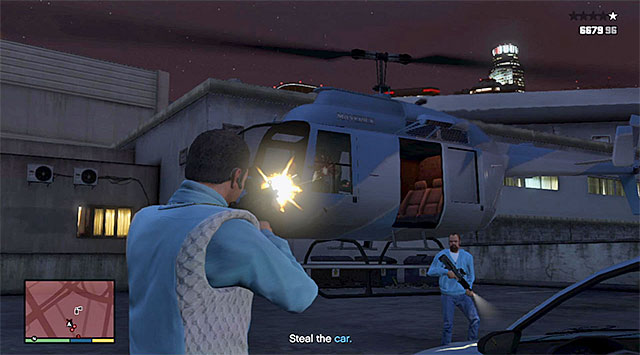 It is a WAY BETTER idea, required at the same time to complete this mission in 100%, is to attack the cultists in order to steal the transported cash. I recommend that, in such a situation, you start shooting from a larger distance, at the helicopter crew. Do not worry if you miss the pilot, because you will get another opportunity a bit later. 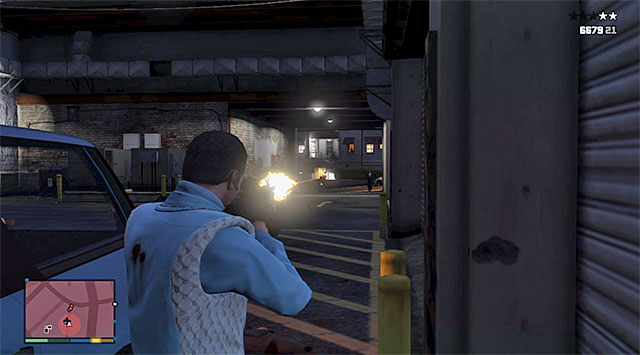 You need to eliminate all of the guards

Now, you should take to the armed guards standing around. Of course, I recommend that you use the skill of slowing down time to your advantage, and hide behind vehicles and big objects. Watch out for new cultists approaching from the side of the alley that you earlier got through after the convoy. Be ready to deal with them (leave no one alive). 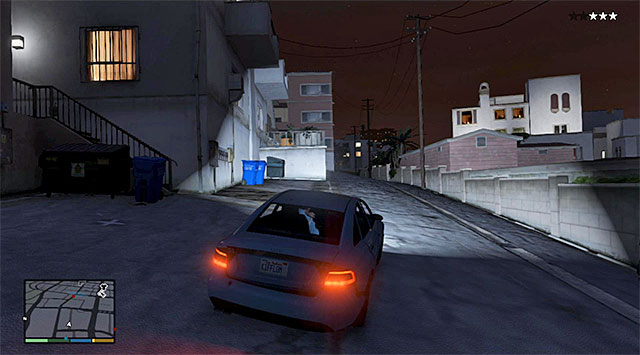 Lose all of the pursuits

After you have cleared the area, get into the car with the money on you and start escaping. If the cultist helicopter is still operating, it would be a good idea to find a safe spot and shoot it down from there (target the pilot or use the rocket launcher). Otherwise, focus only on losing the police pursuit. The reward for this mission is the whole cash stolen from the cultists.