Way to unlock: After the meeting with Devin Weston (Finale - introduction) you need to select variant A.

Additional information: Murdering Trevor is going to be less problematic than it may seem at first. There is one car chase to play but do not worry because you will not have to get involved in a direct fire exchange with Trevor. Note - it is a good idea to take a fast maneuverable car for this mission. 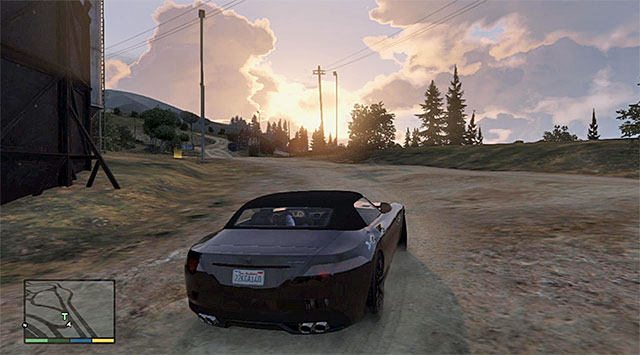 The place where you meet Trevor

Wait for Franklin to set up a meeting with Trevor in a secluded area and to inform Michael of his plans. You can now drive towards the meeting place, i.e. to the El Burro Heights district, in the South-Eastern part of the city. After you get there, watch a short cutscene. 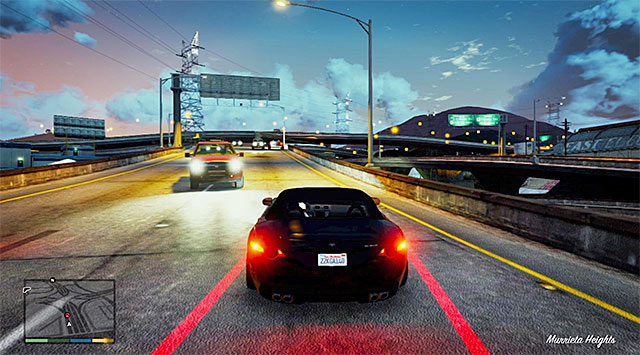 Use time-slowing to your advantage

Get into the car quickly and follow Trevor. While chasing him, do not try to stop the car driven by Trevor prematurely, because the chase will stop at a predefined moment. Instead, focus on flawless driving and make use of Franklin's special skill, as often as necessary, to enter sharp turns and avoid obstacles. 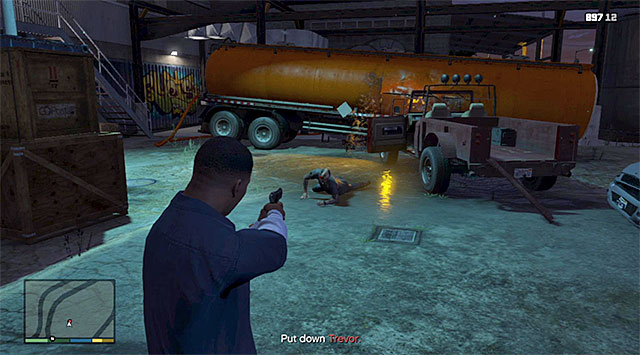 You need to take a shot at Trevor

You especially need to watch out where it will be necessary to go against the traffic. While driving along the highway, later into the chase, consider going along the hard shoulder of the street, which will help you get around the traffic itself. The chase draws to an end near the oil field. Take a single shot towards Trevor or the puddle of fuel around him, which will start the last series of cutscenes.