This page of the guide to Grand Theft Auto V has a walkthrough for mission 82 - Sidetracked. Our GTA 5 guide explains what you have to do to stop the train and how to steal the locomotive using the helicopter.

Way to unlock: You need to complete main mission 74 (The Big Score) and select the Obvious variant towards the end of that mission. After you receive a message from Lester, there will appear the Hs icon on the world map which marks the railway station.

Additional information: One of the assumptions of this mission is stealing a railway engine and an empty cargo car, thanks to which they can be used for the heist itself. If you perform all the steps correctly, you will not need to fight anyone, nor will you alarm the police. 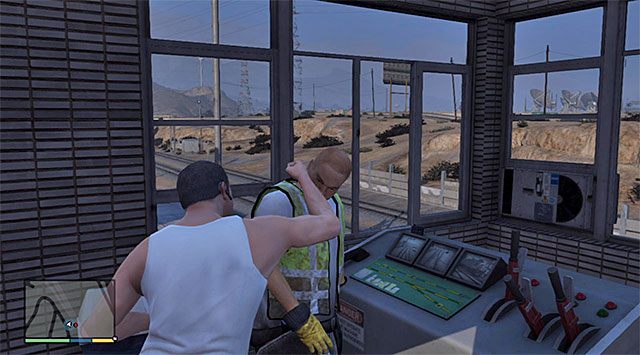 The starting point for this mission is the railway station located on the east of the map, right next to the highway and the quarry. After you get there, listen to the conversation with Trevor and get into action. Start sneaking towards the two railway workers that you can see in the distance. First, surprise-attack the one in the control tower (the above screenshot). 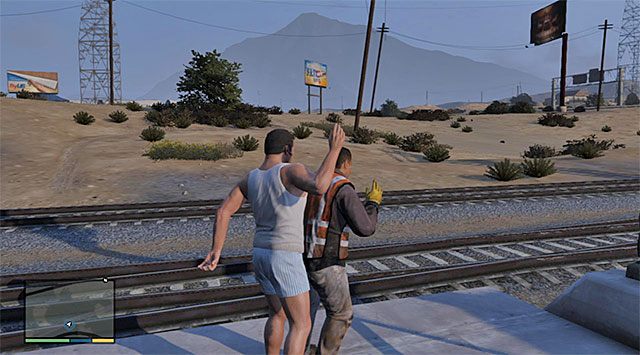 The other one of the railway workers

Exit the control tower and eliminate the worker at the tracks. You can now return to the room where you have neutralized the first one of the workers, and interact with the control panel. Wait for the train which, as a result of your actions, will roll into the side-tracks. 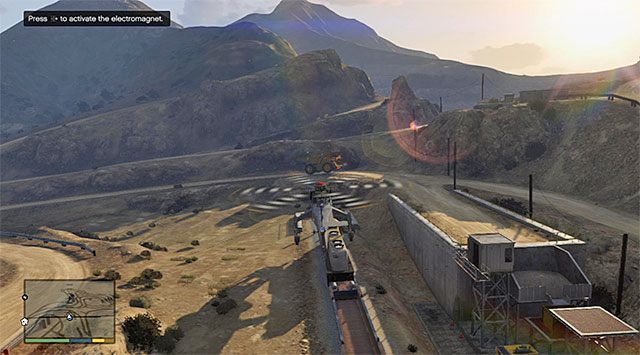 Cut to Trevor now, who has in the meantime gotten into a cargo chopper (Skylift). Fly up to the train that Michael has diverted and hover over the railway engine (the above screenshot). After you receive a suitable piece of information, activate the electromagnet by pressing the appropriate button on the D-pad. You now need to deliver the railway engine to the airfield (do not fly too low or you will bump into a pole!) and put it onto the truck. 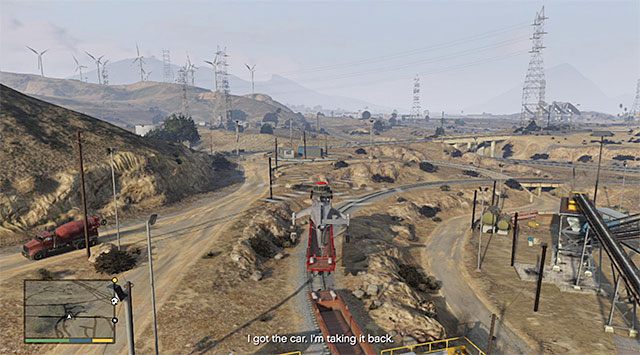 One of the empty railway cars

Fly towards the railway station again and attach one of the empty cargo cars to the electromagnet. After that, return to the airfield again and put the car onto the truck. This is the end of this undemanding mission.

Rewards and challenges in mission 82 - Sidetracked