Way to unlock: You need to complete main mission 71 (Legal Trouble). Some time after the completion of that mission, there will appear a marker near one of the luxury Ponsonboys store, which will let you know that you can start a new mission (letter M on the world map).

Additional information: The leitmotif for this mission is the premiere of a movie that was made with Michael's collaboration. As much as the first part of the mission is entertaining in its character, in the other one you will need to take more definitive and aggressive action, whose aim is to save the protagonist's family. 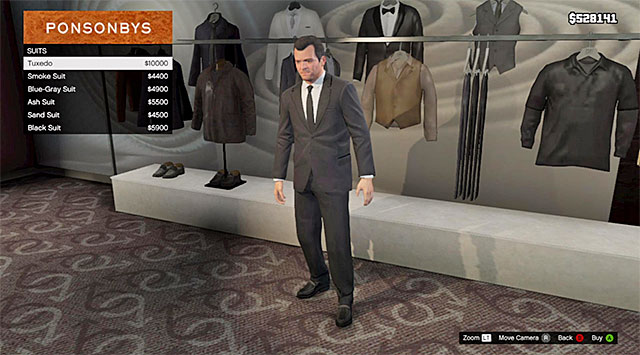 This mission's starting point is the Ponsonboys luxury clothes store located in the Rockford Hills district. After you get there, enter the store and walk towards the exposition on the right. You need to buy the tuxedo shown in the above screenshot, which involves the expenditure of 10 thousand dollars. If you do not have that much money on you, you should perform some additional actions before making the purchase e.g. rob a security van , or wait for your income from the owned estates. 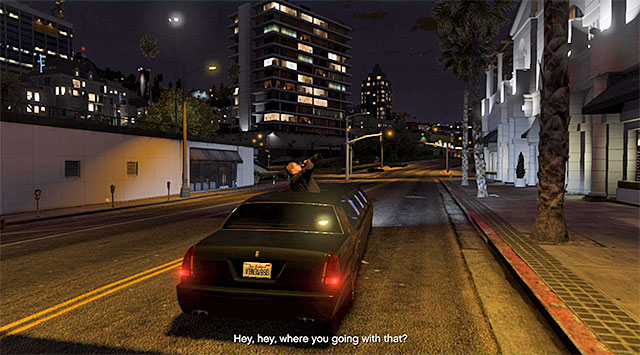 At the moment of purchasing the tux, Michael will automatically put it on. Exit the store and take your seat at the back of the limo that Jimmy got for the movie premiere. During your ride to the movies, where the premiere is scheduled, you can turn on the optional cinematic camera. It is also a good idea to receive the phone call from Devin Weston. With Devin himself, you will meet on the red carpet in front of the movie theater's entrance, and he will suggest you that Michael's wife's life is in peril. 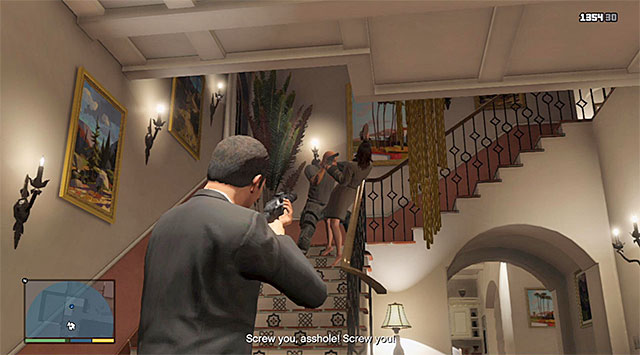 The enemy struggling with Amanda

Your new task is to reach Michael's house within two minutes. You can use the limo (Dundreary Stretch), on which you came to the theater with Jimmy, although it is going to be a better idea if you steal some faster car. Regardless of the means of transport that you pick, after you get to your destination, get out of the car and eliminate the mercenary who is attacking Amanda (it is best to kill him with a well-aimed shot to the head). 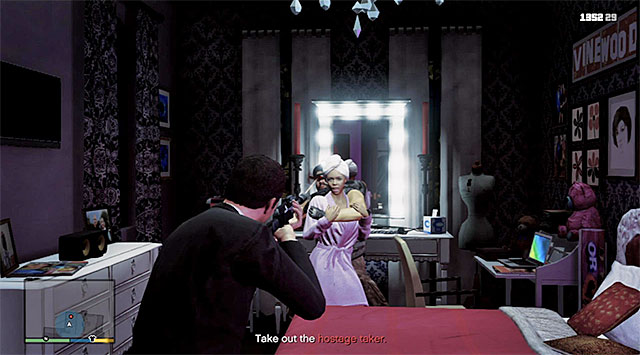 Go to the upper floor and enter Tracey's bedroom located opposite the stairs. Michael's daughter is being held by another enemy. Wait for the character to stick his head from behind Tracey (the above screenshot), initiate the time-slowing skill, just in case, and eliminate the bandit with a well-aimed shot to the head (for obvious reasons, Tracey cannot get hurt). 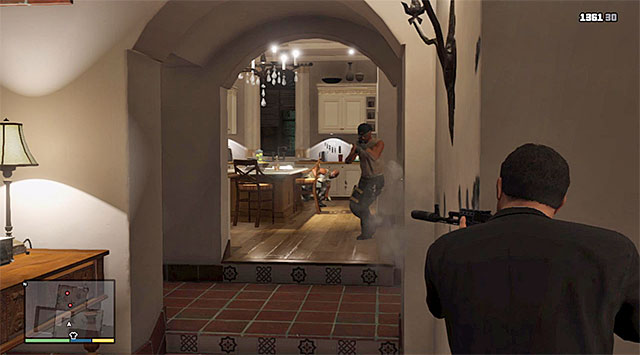 Eliminate the remaining opponents in the villa

Retreat towards he stairs and start by eliminating the enemies who will be trying to make it upstairs. Climb down to the ground floor and start eliminating the enemies, who are staying in the estate, one after another. You do not need to hurry here too much so, do not take too much risk. Keep using the time-slowing skill to your advantage and hide behind covers. Do not forget, also, that you can collect the first-aid-kit from the kitchen. 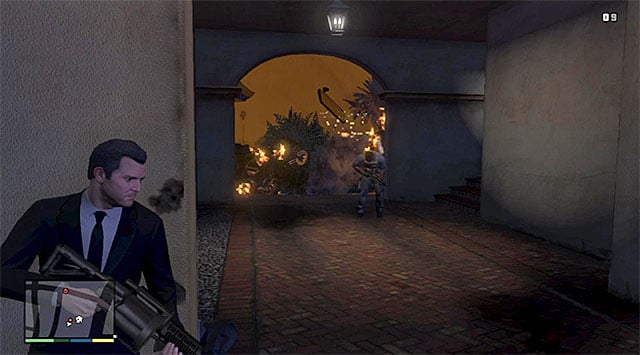 There are further Merryweather mercenaries waiting outside. Select the back exit and start killing them off. Eventually, return to the vehicle in front of the estate. The last wave of bandits will arrive in cars and, as a result, it would be a good idea to blow them up quickly, using, e.g. the grenade launcher or explosives. After you have cleared this area, return to the estate's upper floor, which will result in a funny cutscene, of the enemy elimination, being played.