Way to unlock: You need to complete main mission 62 (The Ballad of Rocco). Some time after you complete that mission, there will appear a marker in the movie studio (North-Western Los Santos), to let you know that you can start another mission. (letter S on the world map).

Additional information: This mission, almost entirely, consists of the car chase after Molly, which is filled to the brim with situations taken straight out of action movies. Towards the end of the mission, you will have to lose a three-start police pursuit and this may turn out to be more difficult that you might, at first, suspect. 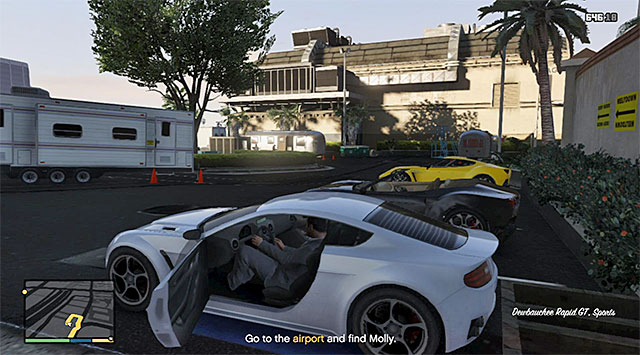 Choose a good car for the chase

After you reach the movie studio, drive into it and go to Solomon's office to watch a cutscene, featuring also Molly and Devin. Wait until you get outside and get into some fast car to reach the place marked on the map, where Molly is currently staying (she is, of course, moving all the time). Do not attempt to get the woman at all costs, because the game will prevent you from finishing the chase too early. Instead, focus on flawless driving, while listening to the phone conversation with Devin. 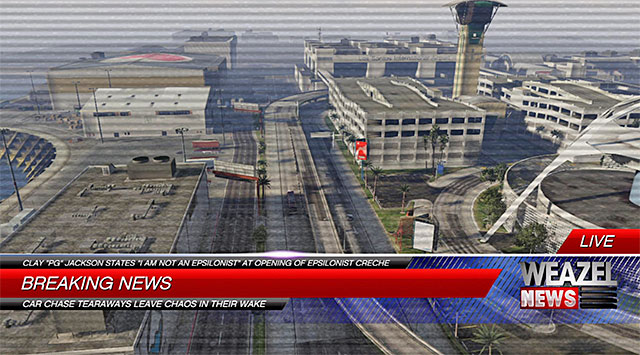 The view from the Weazel News chopper

Soon after you get Molly's car, also police will join in the whole "fun". Keep a safe distance from the woman's car and do not bump into the police cars to prevent drawing their attention. I recommend that you switch to the cinematic camera on a regular basis, which will be showing the view from the Weazel News chopper that is observing the entire chase from the sky. 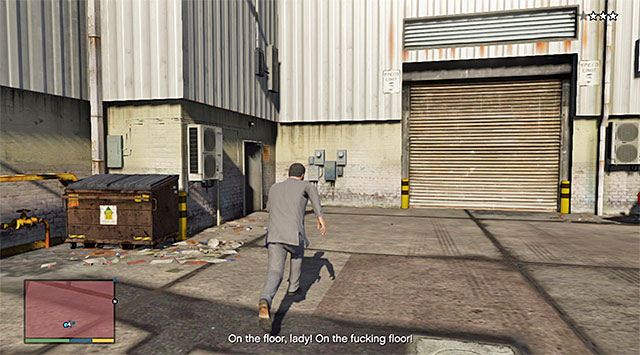 You need to enter the building

Drive into the airport area and, while playing this mission, avoid contact with planes and the other obstacles, because a serious crash may cause you to lose Molly's car, or even destroy the vehicle that you are driving. After Molly's car slams into a building wall, get out of the car and follow her, while coming through successive airport buildings. The chase will soon draw to an end and Molly herself will die a tragic death. Approach the film that she drops and collect it. 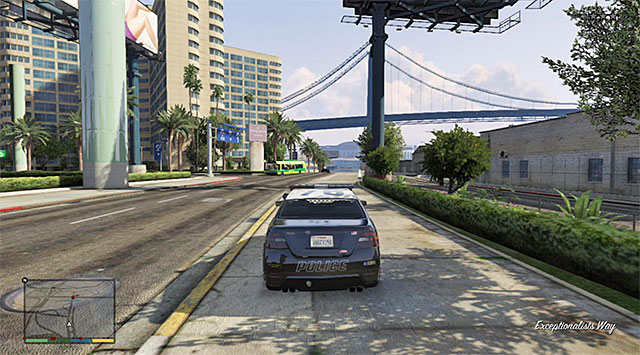 You can use one of the police cars to escape

There is the last part of this mission ahead of you, i.e. losing a three-star police pursuit. Start by eliminating the policeman who was chasing after Molly. You should also keep in mind that there will be further police cars to appear near the hangar. Therefore, it is a good idea to eliminate the policemen that will get out of them. For the escape itself, you can use one of the police cars - you could leave the premises of the airport and, after you leave the police cars behind, find some side alley or an underground parking lot. 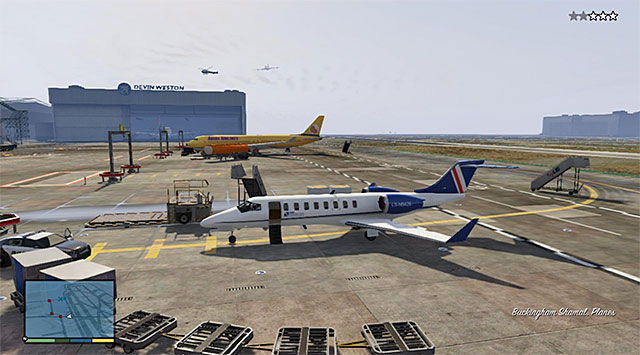 It is a away better decision, in my opinion, to lose the three-star pursuit is to use one of the planes that you find at the airport, e.g. the jet shown in the screenshot. You would have to drive onto the driveway really quickly, bounce off the ground and reach the altitude high enough to be unreachable for the police chopper. Regardless of what you do, listen to the phone talk with Solomon at the end of the mission.