This section of the Grand Theft Auto V game guide describes fighting using vehicles. We advise how to use vehicles during fights in GTA 5 and describe if it's possible to shoot without leaving a car. 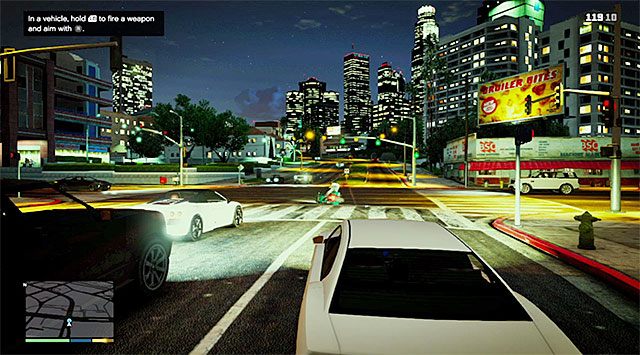 Franklin can shoot from a vehicle more effectively than his colleagues

There are two courses in which fighting from vehicles can be conducted.

The most obvious variant is to conduct fire from behind the wheel (or from the co-driver's seat in the case of some missions) of a moving vehicle. The main advantage of this is that, due to the fact that you are driving, you are a harder target to hit so, as a result, you do not need to worry about taking damage too much. The basic shortcoming is that very often it is more difficult to hit your target.

In the best situation here is Franklin, because activating his special skill makes time slow down while he is driving, thanks to which you can allow yourself increased precision while firing. I recommend that you use this skill as often as possible, especially if a given mission requires you to murder the character that you are chasing. 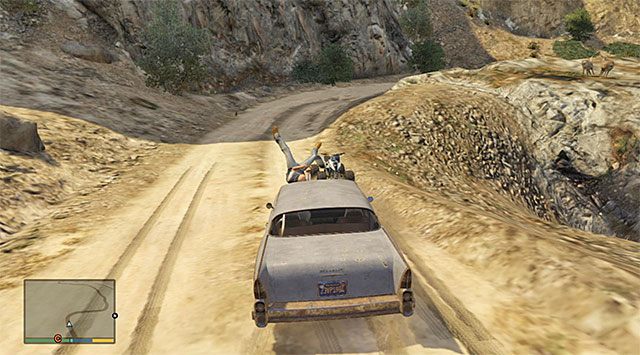 The other variant assumes eliminating enemies by using the vehicles themselves, but I recommend against too risky actions. It is almost certain that, e.g. if you try to slam into successive enemies, you will be shot down sooner than you do your job. It is much better to slam into single characters with greater speed and drive away right after the successful action. It is necessary that you use the vehicle's mass to your advantage and ram into bikers and ATV riders in a situation when you are driving a bigger vehicle. Knocking the character that you attack, off the vehicle, does not necessarily need to kill them but, at least will slow them down, which will make it easier to attack that person.

Still, I recommend against using vehicles as covers because, as it has been suggested earlier, they can be easily destroyed and, as a result, you can bring about instantaneous death of your character. You can allow yourself an exception only in a situation when your vehicle is in a perfect condition and your enemies use weak weapons (e.g. pistols only).