This section of the Grand Theft Auto V game guide describes ranged weapons combat. We advise how to use firearms in GTA 5 and how to develop characters' skills in that particular field. 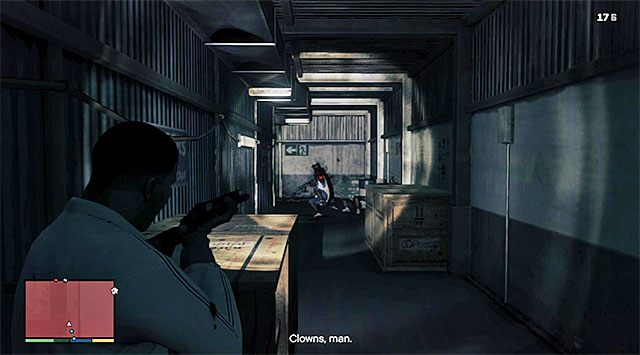 One of the most important things that you should learn perfectly, while in a shootout, is hiding behind covers. they will shield you from damaging your armor and losing your health. It is the more important since the protagonists' health can replenish itself only to the half of its full value and it only does so if you let your character stop to catch some breath. While selecting the covers, try to pick the ones that cannot be destroyed (avoid hiding e.g. behind vehicles or wooden fences) and, if necessary, use the option to conduct blind fire, i.e. firing without sticking your head out from behind the cover.

While starting the game, each one of your characters will, most probably, have a pistol at his disposal. In theory, more weapons can be bought at each Ammu-Nation store, but the best idea is to collect these for free, while completing the main and side missions The game will, almost never, make you go for a mission without being prepared and, if a given mission does not require it, without bearing any cost, you will most probably receive proper armament.

Weapon selection should, of course, depend on the situation in the battlefield, where pistols and automatic rifles seem to be most versatile. Regardless of the weapon that you choose, always try shooting the enemy on the head because not only you will eliminate them faster, but also save time and ammo. Apart from that, you will meet the games requirements for the mission completion in 100%. You should be careful using all of the variations of explosives, as well as grenades and rocket launchers because, explosions within a short distance of your character can quickly kill him. 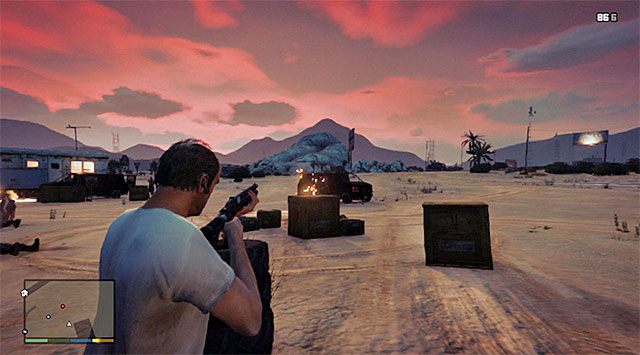 Trevor's special skill will allow you to limit time behind covers

It is best to fight the battles with firearms as either Michael or Trevor. Michael has the special skill which allows him to slow down time, while Trevor, thanks to his fury mode, inflicts more damage. This means that not only can you ignore looking for suitable covers, but also that you can allow yourself use weapons of weaker firepower, because their strength will be considerably increased.