This section of the Grand Theft Auto V guide includes several tips on how to pilot planes, choppers, and other flying machines. Our GTA 5 guide describes how to avoid crashing, how to perform aerial maneuvers, and where to store acquired aircraft.

As in the case of cars and boats, flying machines also require a special place for storing them. Airplanes have hangars and helicopters helipads. Trevor has one hangar, but remaining two will have to buy some if they want to start collecting airplanes.

But remember, that if you park plane in the hangar, you have to drive it inside. If you leave it on the landing site, it won't be saved. Airplanes may be bought or stolen.

Flying is probably the most difficult thing to master in the case of controlling machines in GTA 5 and it's easy to have an accident. So, it's a good idea to buy a parachute in Ammu-Nation before you go flying, to not become a wet stain on the ground. Remember also about the Fort Zancudo, nearby which the airspace is closed, If you have to fly next to it, keep it low to get out of the radar range.

Very good place to train is a Flight School, where you can not only get to know basic controls, but you'll have an occasion to practise more complicated acrobations and develop your character's flying skills.

What is more, remember that over some government facilities (like Fort Zancudo, prison) the air zone is closed. If you get there, you'll hear a radio message to get out of there immediately and if you don't listen, you'll start be chasing by army. If you need to fly through such zone, keep it at the minimum altitude to not get discovered by radar. 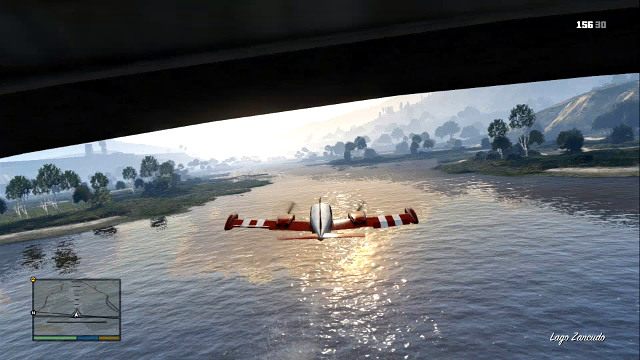 Airplanes are difficult to master

Flying with an airplane may be problematic for new players and require few crashes before you catch what it's all about.

First of all, triggers are for acceleration/slowing down, as in the case of the rest of vehicles. Left analog decides about plane's position - flying up, down or turning it. LB/RB/L1/R1 buttons set a direction in which the machine is turned. To rise, speed up the plane in the airstrip and then fly up and hide the undercarriage (L3).

While flying, keep position close to the horizontal axis. If you fly in the city center or nearby the mountains, you shouldn't fly around with max speed, because you'll never know if you don't have to avoid a tree or some skyscraper in a moment.

Flying is only a half of the success - the other half is, of course, landing. You can land, theoretically, on every long flat surface, but it's best to practice on the airstrip. Slow down steadily few hundreds meters before the landing site. Keep the plane horizontally and slide out the undercarriage (don't hook anything with wheels!). Start lowering the machine slowly and, simultaneously, brake (you can release the gas pedal at all) when you only touch the ground. If your speed is to high when you touch the ground, plane will, probably, fly up again. If it bounce too high, don't try to take it down again, because you'll probably crush. Fly up and return to perform the whole landing procedure once again, but this time slower. 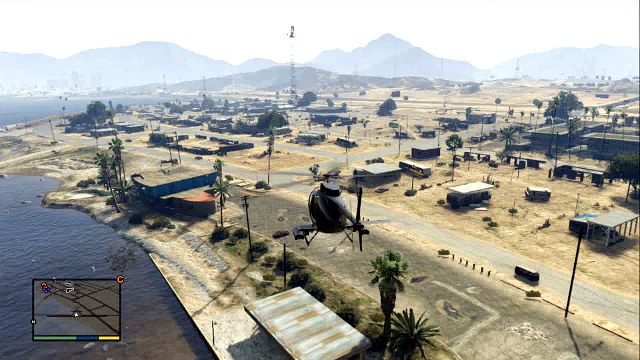 Helicopter is better for accurate landing

Using a helicopter is a way different than the plane. Here, triggers are responsible for increasing and lowering the altitude. Left analog moves helicopter into the direction you want to fly, while LB/RB/L1/R1 turn machine left/right. If you want to land, simply, steady the machine and then slowly bring him down with LT/L2. Steering helicopters is probably a bit easier than with planes, but it's, still, complicated procedure requiring a bit of experience, so you may experience difficulties at the beginning. And, if you have an armed helicopter (e.g. Buzzard), you can use its weapon with X/square.