Way to unlock: You need to complete Main mission 61 (Fresh Meat). You can now return to the movie studio that you visited earlier in the game, which is located in the North-Western part of Los Santos. (letter S on the world map).

Additional information: It is a very short mission, and pretty uncomplicated at that. Its only premise is to eliminate Rocco, as a form of revenge for assailing and mugging Solomon Richards. 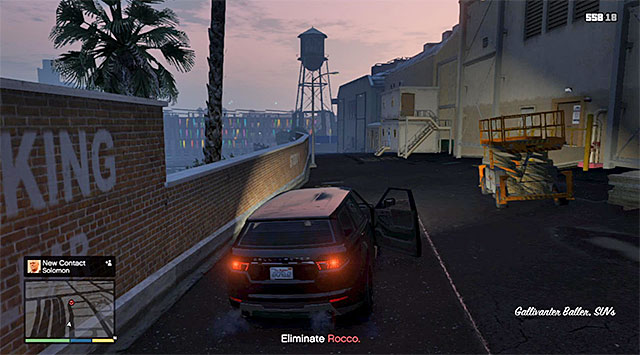 The SUV that you need to use for the pursuit

To start this mission, you need to visit the movie studio again. Just like before, you enter via the main gate but, this time, do not drive to Richards's office. Instead, approach one of the trailers here, thanks to which you will note that he was mugged by Rocco and Gianni. Right after you regain control over Michael,, get into the SUV parked nearby (Gallivanter Baller) begin the pursuit. 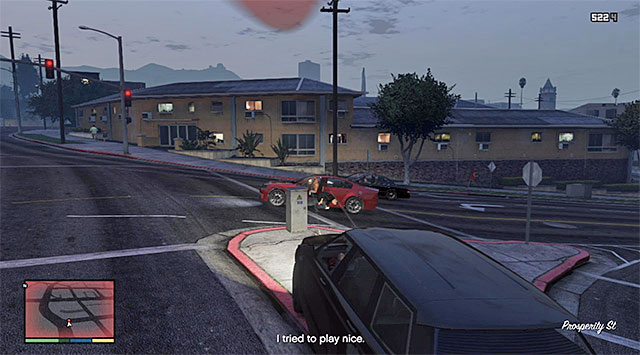 Conduct fire and look out for opportunities to murder Rocco

Leave the movie studio carefully and lay fire down on the car, which Rocco is escaping on. After Rocco's car hits something, shoot both him and the goon that is accompanying him. Wait for Michael to contact Richards and, during the conversation, tell him that you want to meet again. You can now return to Solomon's apartment, where you will be able to claim a little reward.