This page of the guide to Grand Theft Auto V has a walkthrough for mission 61 - Fresh Meat. Our GTA 5 guide informs how to locate and save Michael as well as how to escape from the butchery.

Additional information: The primary objective of this mission is to free Michael, who is being held by Wei Cheng's people. The first part of this mission assumes that you locate the place where Michael is being held, where the second one is about rescuing him and, for obvious reasons, this is going to involve elimination many of the hostile gangsters. 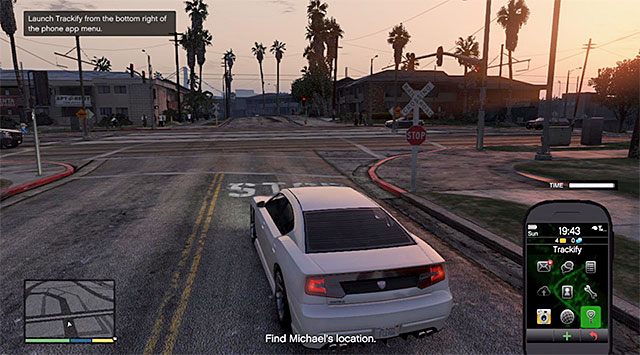 Just like in the previous main mission, you need to reach Franklin's former home, and playing either Trevor or Franklin is not going to matter here. After you watch the cutscene, cut to Franklin, get into your car and wait until you gain access to the Trackify app. In the meantime, you will cut to Michael. After you watch a short cutscene of the interrogation, return to the game as Franklin. From the inventory, select the smartphone and initiate the Trackify app that Lester sent you. 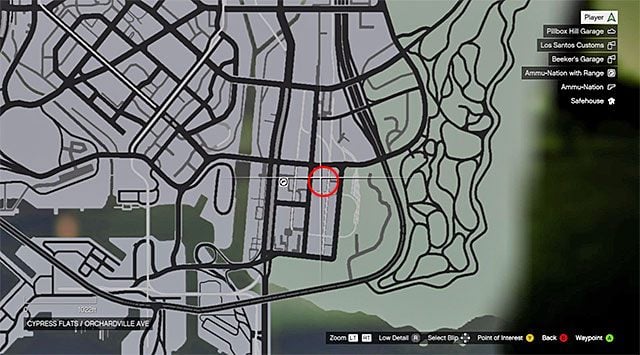 You now need to get to the red dot displayed on the smartphone's display, i.e. to the South-East. The destination is the meat factory, marked in the above screenshot. Do not create a checkpoint there, because this will render you unable to complete this mission in 100%. Instead, rely on the app's readings, especially that the health bar that you can see above the smartphone's display, will be slowly depleting. 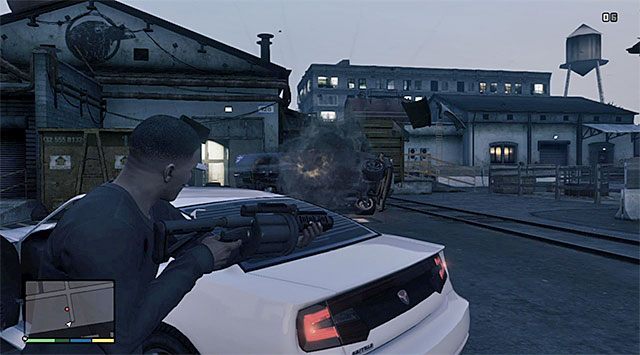 Deal with the enemies in the yard

After you reach the meat factory, get out of the car and deal first with the enemies in the yard in front of the building (it is a good idea to use a grenade launcher, or explosives here, to blow up one of the cars). After you clear the area, enter the building. 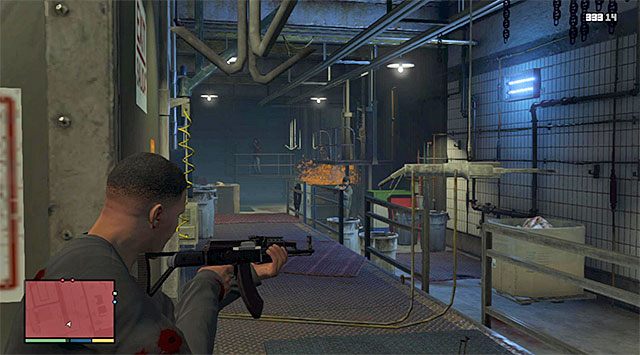 Starting with this point, you can take your time so, make use of all the covers that you encounter, and remain ready to deal with enemies, who will, unexpectedly crop up behind Franklin. On your way to the hall where Michael is being held, it is a good idea to look for opportunities to eliminate the enemies in the brutal way, e.g. as a result of contact with the operating machinery. 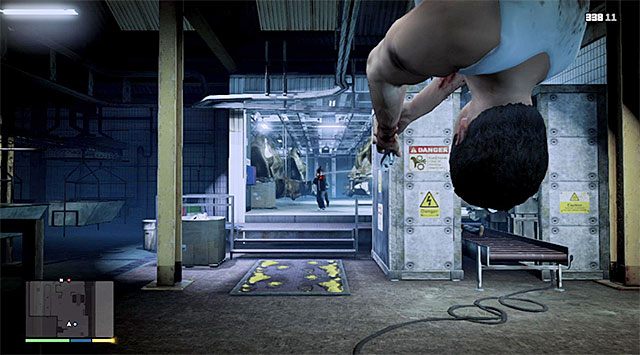 Slow down time to your advantage

After you reach Michael, press the appropriate button on the D-pad to throw him a pistol. After you have cut to Michael, start eliminating the enemies that you can see in the distance, while using the time-slowing skill. You should also watch out for the additional enemies approaching from the left. 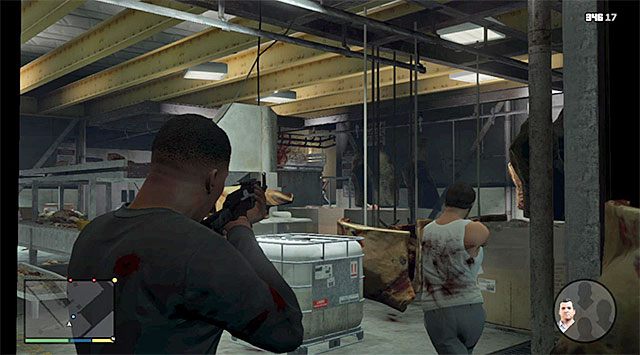 Keep pushing towards the factory's exit

Soon you will cut to Franklin. Go towards the freezer and try to clear it thoroughly. Franklin will be attacked by an assailant with a knife and, after Michael kills him, you will regain control over him. Note - along your way ahead, I would recommend that you do not cut between characters too often because, it is one of the requirements of completion of this mission that you limit such cuts to three. 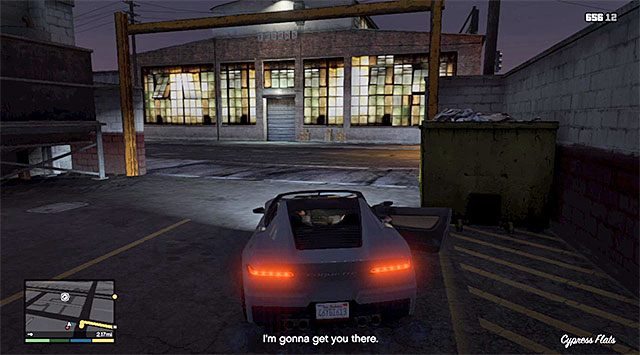 The car that you could use to escape

After you make it to the factory's exit, quickly get into the car parked in front of the building (Invetero Coquette) and drive towards Michael's estate, North-West of here. Soon, Franklin and Michael will be chased by Cheng's people. Ignore them and focus on driving, thanks to which you will lose them, sooner or later.