This page of the guide to Grand Theft Auto V has a walkthrough for mission 55 - Derailed. Our GTA 5 guide informs how to land on the train, derail it, and swim down the river.

Way to unlock: You need to complete Main mission 54 (Paleto Score). You may now visit Trevor's trailer (letter T on the world map).

Additional information: This mission is virtually overflowing with action, whose aim is to obtain cargo carried by train. First, you will have to jump onto the speeding train and make it derail. Afterwards, you will have to locate the cargo, while fighting back mercenary attacks. You do not really need to get prepared, in any particular way, for this mission, although it would be a good idea to make sure that Trevor is equipped with a sniper rifle and a good automatic weapon. 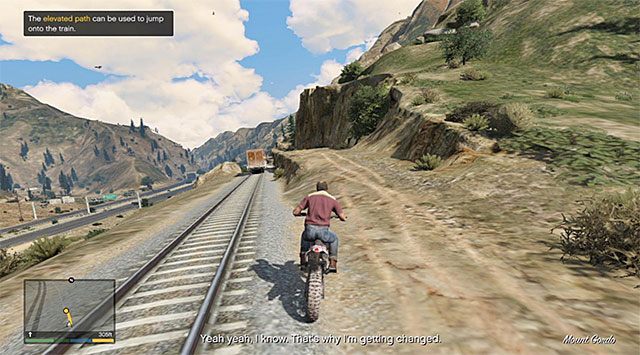 One of the few small elevations

After the cutscene in the trailer, you will cut to Trevor. Get onto the endure bike (Maibatsu Sanchez). You can now ride towards the railway located to the North-West of here. After you get there, follow the train and search for an opportunity to ride onto one of the elevations on the right that you pass by along your way. 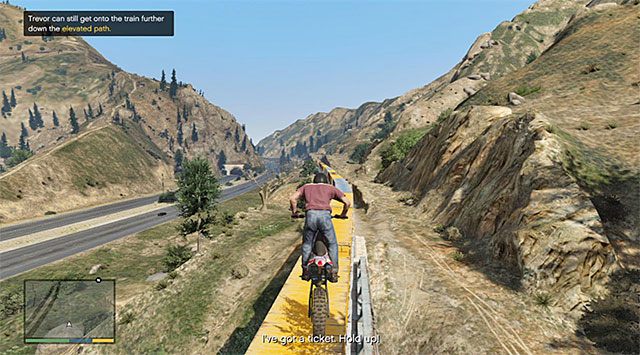 You will now need to perform a very risky maneuver, because you need to bounce off the ramp located at the very end of the elevation. You have to do it at the angle and, at such a speed, that will ensure you with landing on one of the railway cars. (the above screenshot). If you fail to perform the first jump properly, you will have the opportunity to give it one more try at one of the elevations ahead. But, you need to keep in mind that you will not be able to complete this mission in 100% then. 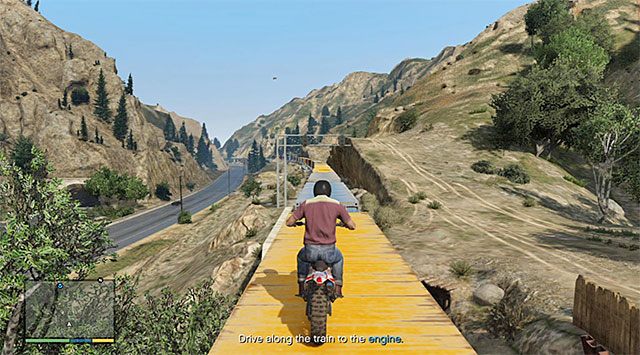 Do not fall off any of the cars

After a successful landing, star a careful ride along the cars, towards the rail engine, where the game will start a cutscene. Now, you will have to operate the train, a ride during which you do not need to perform any special actions. Do not attempt to stop the train, because the mission assumes causing the train to crash with another train. 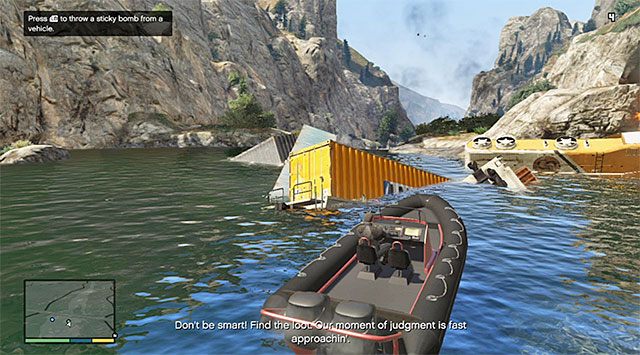 Wait until you cut to Michael and set out, on the boat (Nagasaki Dinghy), towards the more distant of the two bridges that you can see in the distance. Watch here a breathtaking cutscene of the collision of both trains. Steer the boat towards the yellow car shown in n the screenshot, select the sticky bomb from the inventory and attach it to the car. Steer away from the car and detonate the charge. 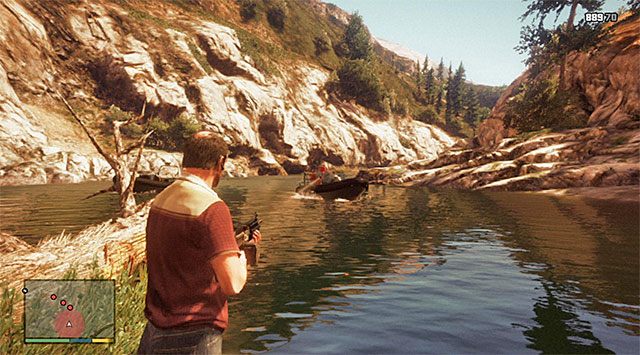 Use the fury mode to your aid

After a while, you will cut to Trevor, and your task will be to cover Michael while he is busy checking out the car. Start by firing at the boats approaching from the right, while hiding behind the fallen tree, or using the fury mode (Trevor's special skill), to eliminate the mercenaries quickly. 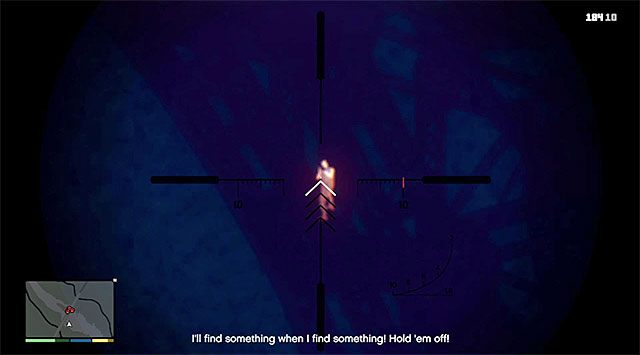 Thermovision will help you locate the enemies

Another serious threat for you, will be enemy choppers and, similarly to the previous missions, it always pays off to target the pilot, thanks to which the helicopter will crash. After you receive a warning of the enemy sharpshooters deployed on the bridge, select the sniper rifle from the inventory and enter thermovision mode to make it easier for you to search out and eliminate enemies. Take out one more chopper and try to eliminate the enemy paratroopers before they land on the nearby hill. 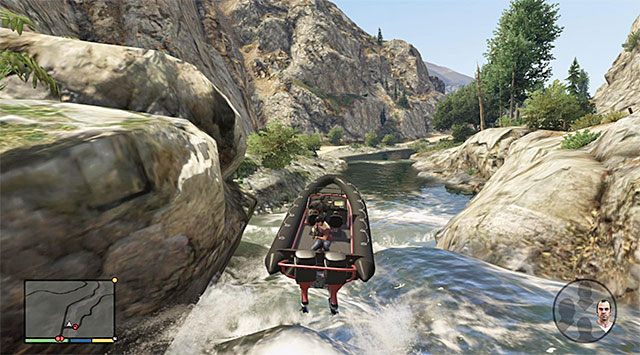 While playing as Michael you need to control the boat 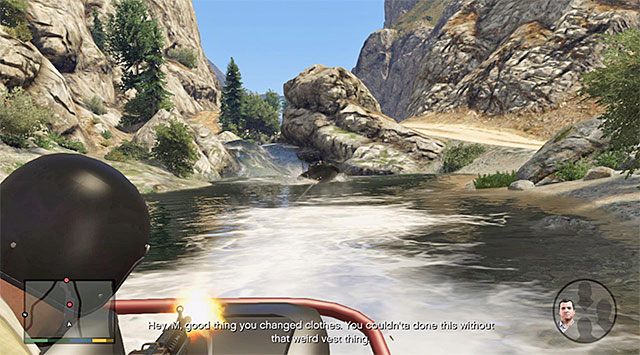 While playing as Trevor, you need to eliminate the Merryweather mercenaries

It is much better to play as Trevor, because you will be able to dispose of the mercenaries which chase you, much quicker. Apart from the enemies that use boats, you should also watch out for the enemy vehicles riding alongside the river and helicopters. Try to bring them down as quickly as possible. After the chase finishes, cut back to Michael and steer back to the river bank, where there are two vehicles parked.

Rewards and challenges in mission 55 - Derailed