Availability: any character (best if you play as Trevor)

Location: To the South of Sandy Shores (the Smoke Tree Road). You need to locate an abandoned car here. 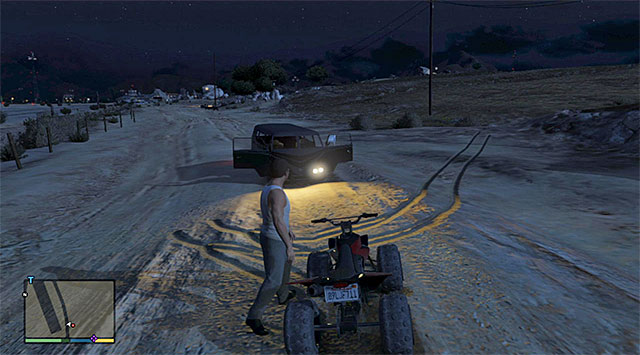 Any attempt to come close to the car, as either Michael or Franklin, will result in the blinding and electrocuting of your character. After you wake up, you will notice that you are wearing your underwear only and that you are lying on railway tracks (fortunately, you will lose neither cash nor weapons). Quickly, escape from the tracks to avoid being run over by the train.

If you are playing as Trevor, you can defend yourself against being captured by the unknown assailant. In such a situation, before you come close to the vehicle, initiate the fury mode (Trevor's special skill) and gun the assailant down early enough.

Rewards for the completion of the event: none