Way to unlock: You need to complete Main mission 49 (Minor Turbulence). You can now go to the meth lab (letter B on the world map).

Additional information: this mission fulfils a preparatory role before a bank heist, i.e. the third one of the major heists in the game. Unlike the previous ones, you do not need to save the game additionally because, the only decision that you will be allowed to make, is the choice of the accomplice towards the end of this mission. The mission itself is pretty easy and its more exciting moment is the off-road race between Michael and Trevor. 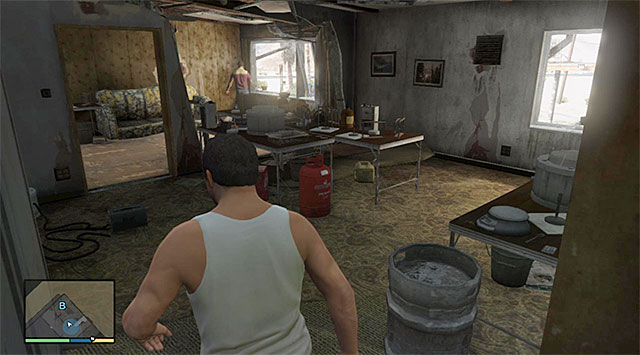 You need to reach the building's upper floor

The starting point for this mission is the meth lab located in Sandy Shores to the West of Trevor's trailer (you have already have the opportunity to visit this place in the nineteenth mission of the game). You can start this mission as either Michael or Trevor by reaching one of the rooms on the upper floor. After the cutscene, also featuring Steve and Dave, leave the lab and get into Michael's car (Declasse Premier). 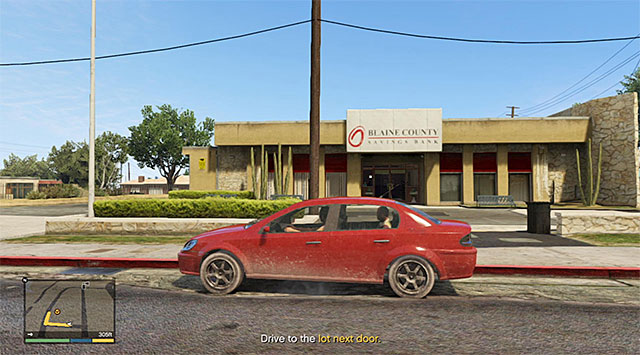 You can now go Paleto Bay - a town in the Northern part of the map. After you get there, stop near the bus stop and wait for Lester to arrive. First of all, you are up for a reconnaissance of the bank that you are supposed to hit. Park your car in front of the bank and change your camera to the cinematic view to zoom the image in a bit. Then, drive into the small field to the left of the building. 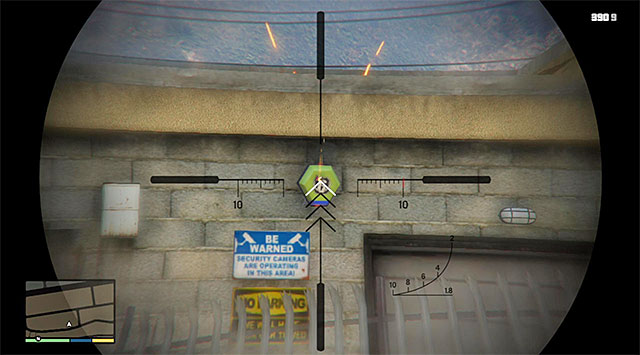 Get out of the car and use a weapon (a scoped one would be best) to destroy the alarm shown in the above screenshot, which has been mounted onto the bank's wall. After you do that, return quickly to the car, drive into the nearby gas station. Observe the police's reaction and listen to the conversations of the people in the car. 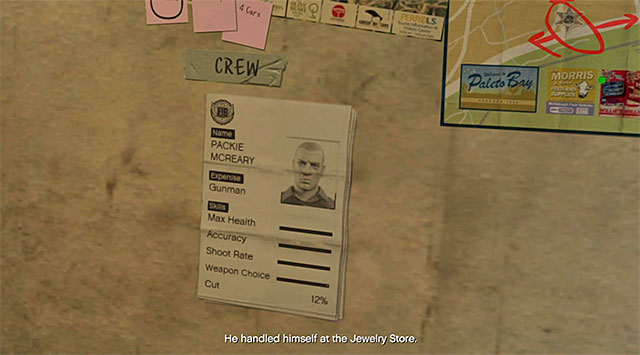 Another part of the mission is the return to the meth lab and, it is a race, of a kind. I recommend that you cut to Trevor, because he managed to steal a good bike in the meantime and, as a result, it will be easier for him to reach the destination as the first. The last part of this mission is planning on the heist itself and, as I have mentioned before, you will not have to decide on a given variant. The only decision that you need to take is the selection of the gunman as a support for the heist, and it would be good to choose the same person that accompanied you at the jewel store heist. This is so, because the skills of that person increased since the last heist.