This page of the guide to Grand Theft Auto V has a walkthrough for mission 49 - Minor Turbulence. Our GTA 5 guide has tips on how to fly the plane without crashing, how to avoid the military base, catch the large transportation aircraft and land inside it.

Way to unlock: You need to complete Main mission 47 (Caida Libre). While playing as Franklin, you can now go to Michael's estate (letter M on the world map).

Additional information: The entire mission is virtually played up in the air, and the major obstruction is the fact that it assumes using a biplane that is quite difficult to maneuver, and which you need to fly on a low altitude. The insane plan of Trevor's, which assumes making it onboard of a huge cargo plane, may also require you to give it several shots. 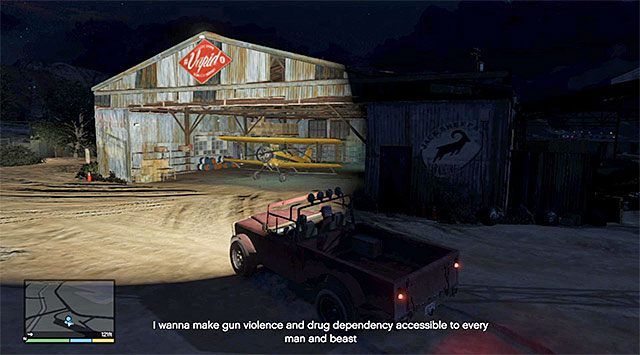 The hangar with the biplane

To start this mission, you need to visit Michael in the Rockford Hills district but, as soon as you get there as Franklin, you will cut to Trevor and this is the character that you are going to control throughout this mission. Get into Trevor's truck (Canis Bodhi) and go to the airfield located to the North of his trailer. Go into the hangar and take your seat aboard the biplane (Duster). Taxi out of the hangar and take off. 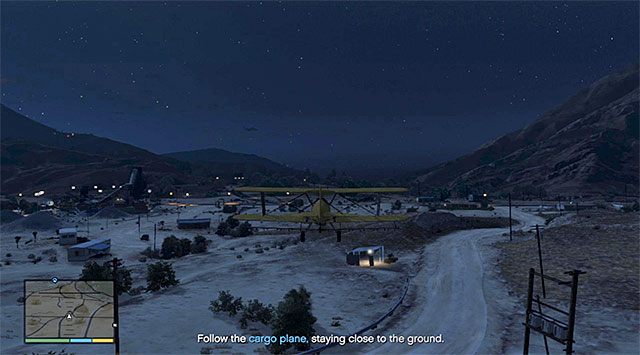 Watch out for trees, poles and other high-located elements

Ron will son inform you of the major handicap of this mission, which is the necessity to fly low to prevent being detected by the radar in the nearby military base. Each time your altitude is too high, you will be notified of that with sounds, and also by Ron and you will have several seconds to correct that. On the other hand, do not bother about flying too low because it is easy to bump into a tree or a pole then. 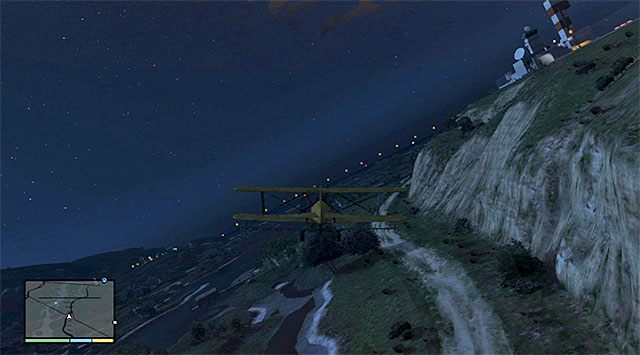 You need to fly around the military base

For the whole time, keep flying towards the cargo plane that you can see in the distance, which will be flying around the isle in the clockwise direction. You should especially pay attention after you get near the Zacundo military base. YOU CANNOT violate its air space so, fly around the base on the left. I recommend that, in the final phase of following the plane, you should fly over the highway, thanks to which you will not have to watch out for tall elements that much. 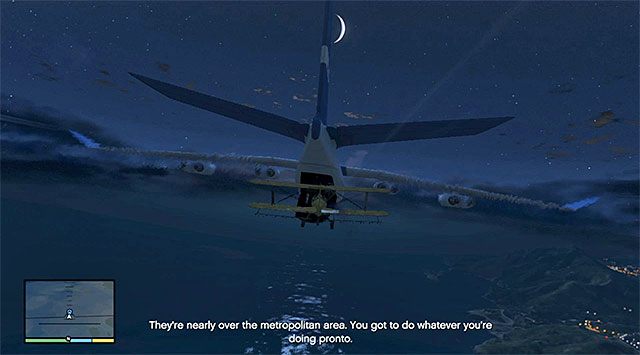 Wait until the moment when you receive a piece of information of the sufficient distance from the military base, at which point you can start going up to come near the cargo plane. You need to get prepared to pull off a dangerous maneuver, because you will need to fly inside the plane through the hatch shown in the screenshot. 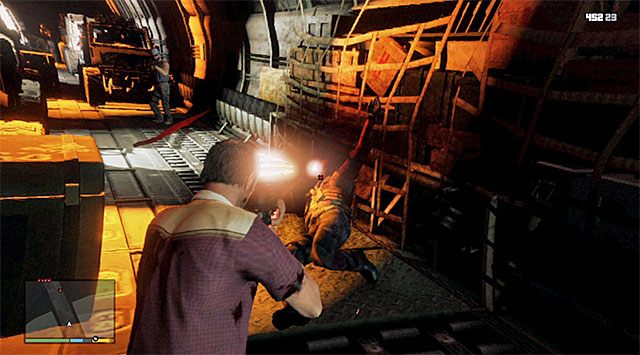 Get rid of all the mercenaries

Start exchanging fire and use Trevor's skill (fury) to your aid, combined with, e.g. a shotgun or a good automatic weapon. Additionally, avoid any contact with jeeps that will be set into motion by the plane's movement and falling out of the cargo door. Do not let them push you out or tip over. 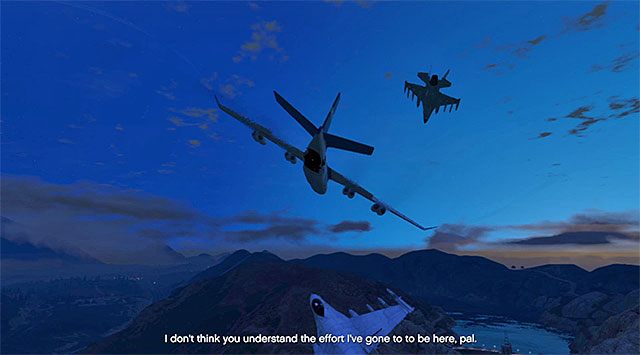 After you have eliminated all of the enemies, cut through to the cockpit, kill one of the pilots and take the cargo plane's yoke. The return flight to the airport in the Northern part of the map will, unfortunately, end up in a failure. Around, there will appear enemy fighter planes and you will neither be able to take them, nor escape them (in spite of Ron's suggestion to increase the plane's altitude). 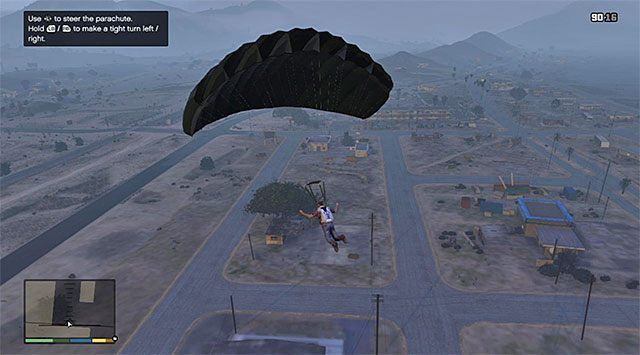 Do not forget to use the parachute!

Wait for the cargo plane to be hit with rockets and start escaping it. After you get to the plane's cargo section, get into the off-road car (Mesa) and drive it out of the plane. While airborne, get out of the car and, after you near the ground, open your parachute. The mission will soon conclude.