This page of the guide to Grand Theft Auto V has a walkthrough for mission 47 - Caida Libre. Our GTA 5 guide how to shoot the jet down and how to follow the aircraft on the bike to its crash site.

Way to unlock: You need to complete main missions 43 (Eye in the Sky) and 46 (Mr. Richards). While playing as Michael, wait for a phone call from Martin Madrazo, who will ask Michael and Trevor to meet him at his farm (letters Mz on the world map).

Additional information: What may prove most problematic, is the beginning of this mission, which will require you to discharge, precisely, several shots at the engines of the airplane that you are following, in order to damage them. After that, you are up for a nice ride on an endure motorcycle, during which you will need to be careful only while performing long jumps. 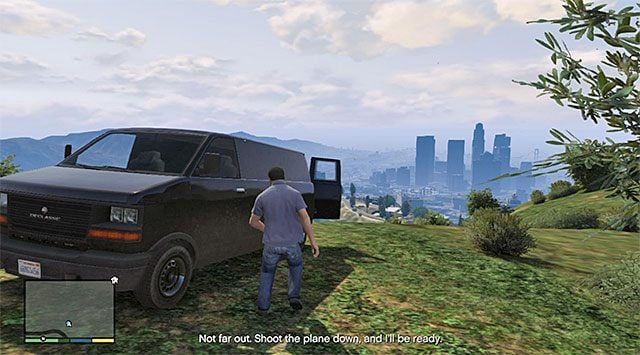 The van parked at the observatory

The starting point for this mission is Martina Madrazo's farm, located to the North of Los Santos near the Vinewood Hills. You can reach the farm as either Michael or Trevor and, this is obviously not going to have any bearing on the mission. During the conversation with Madrazo, you will learn that he plans on murdering his cousin by shooting down the plane on which he wants to leave San Andreas. Wait until you gain control over Michael and go towards the observatory located to the West of here. After you get there, get into the van marked by the game (Declasse Burrito). 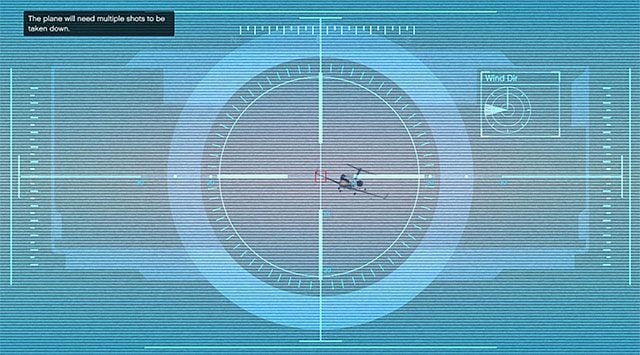 Aim at the red square instead of the plane itself

Spend several moments to learn about the basic controls of the cannon inside the van - to rotate the cannon and zoom in, use both of the analog sticks. Zoom in to the maximum, target the plane and aim at the red square to correct the bullet's flight. In total, you need to hit the plane three times and, the game does not require to be too precise so, even if, at the moment of the shot, the crosshair is slightly away from the square, the hit will be accepted anyways. 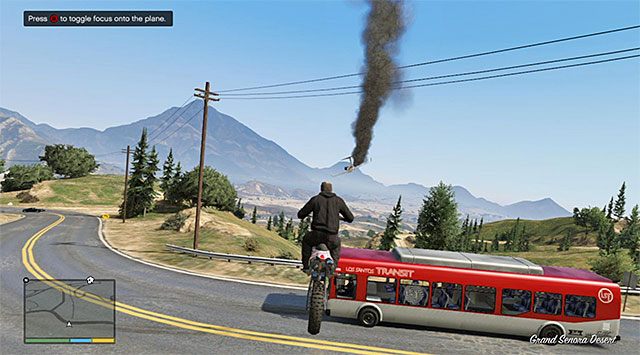 After a while, you will cut to Trevor and your task will be now to follow the jet with its engine down. The route on the endure bike (Sanchez) is, fortunately, quite obvious but, you should watch out for the moments where you need to perform a longer jump. You will have to perform the first one right after you come down a big elevation and you need to jump over the road. 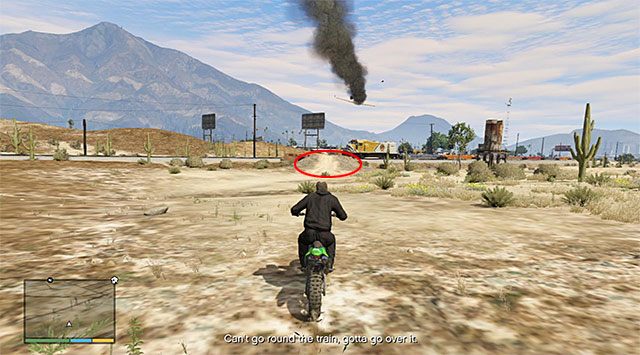 You will need to perform another longer jump near the airfield located close to Sandy Shores. Use the ramp marked in the above screenshot, thanks to which you will easily avoid the dashing pursuit. 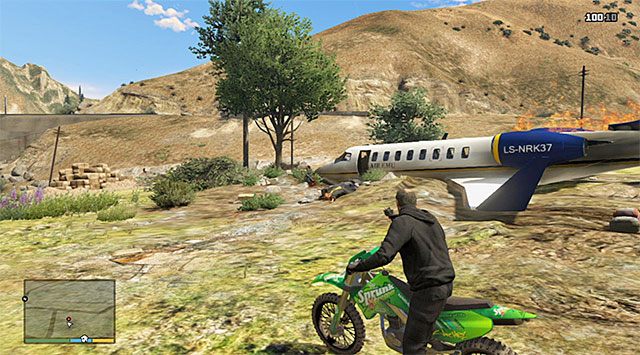 Kill Javier and enter the wreck

Continue following the jet, avoid civilian cars and elements of the environment. Wait for a moment when the plane crashes against the ground and ride up to the wreck. Kill Javier, who is standing nearby and enter the wreck to retrieve the document case. 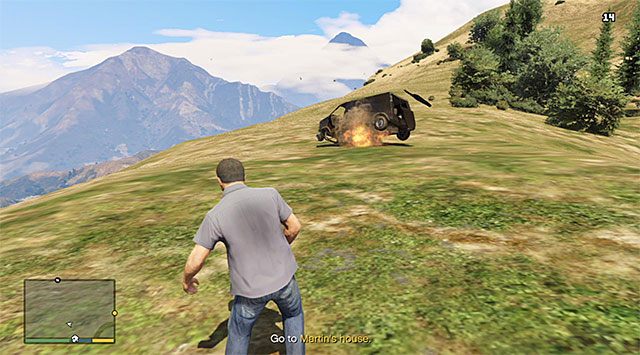 The easiest way is to blow up the van

Wait for the game to cut back to Michael and leave the vicinities of the observatory. The game will soon make you to destroy the van that you have just used to shoot the plane down. Depending on your preferences, you can either drive the van into water, push it off a high cliff, or ( which is the best idea) blow it up using explosives (any bomb or grenade). 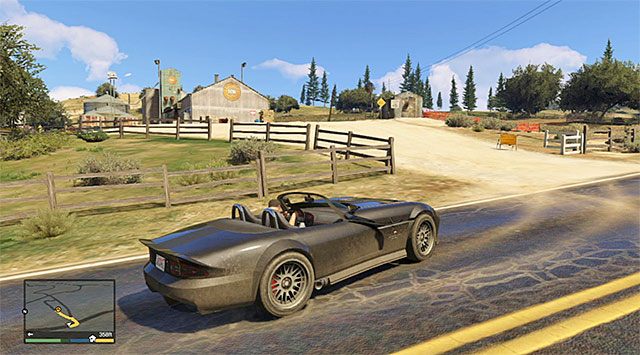 Get a new means of transport and drive towards the Madrazo farm. On your way, Michael will be contacted by Trevor, who will inform him of a change of plans. This means that you need, for a change, reach the abandoned cement works in the desert. This is where this mission will conclude.