This page of the guide to Grand Theft Auto V has a walkthrough for mission 46 - Mr. Richards. Our GTA 5 guide has tips on how to sneak inside the movie studio, how to defeat Rocco in a fight, and how to scare Milton while flying a helicopter.

Way to unlock: You need to complete Main mission 41 (Blitz Play #2). You can now go the meeting place with Solomon Richards (letter S on the world map), who is staying at the movie set in the North-Western part of Los Santos.

Additional information: There are two constituent parts to this mission. The first part is a bit easier because, although it requires you to remain in hiding, the error margin is wide. It is going to be a bit more difficult towards the end, because you will need to prove your skills at pilotaging helicopters to give a good scare the passengers of the aircraft. When it comes to the process of preparation for this mission, it is worth taking a suppressed weapon along (e.g. a regular pistol). 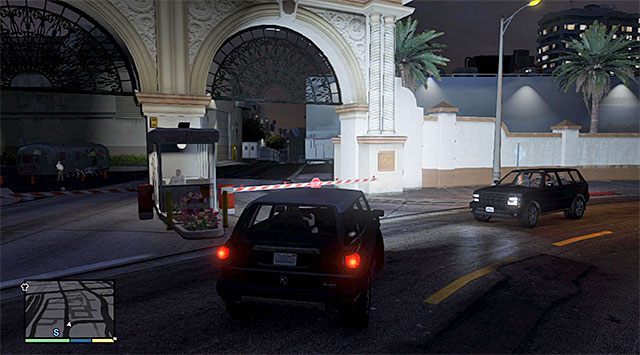 The gateway into the movie studio

The starting point for this mission is a movie set located in the North-West part of the city, In the Richards Majestic district. After you get there, drive up to the gate to the movie set and wait until you are permitted to go through. Enter the main building to start the meeting with Solomon Richards, who will ask Michael for help to convince an actor to return to job with the same contractual conditions. After the meeting ends, get into a fast car and drive Westwards. Stop the car in front of the night club that Richards mentioned. 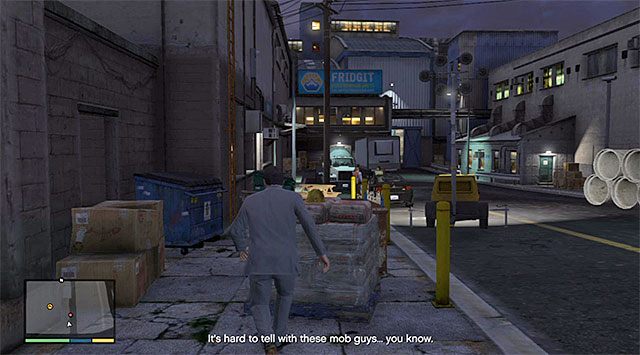 Hop over the gate and enter the sneaking mode. If you want to complete this mission in 100%, you should know that you will have to sneak-kill, at least, three enemies, on your way to the rooftop with the helicopter. Two of them are standing close to each other and it would be best if you slowed down time here, and used your suppressed weapon. Regardless of how you played that out, use the ladder on the left. 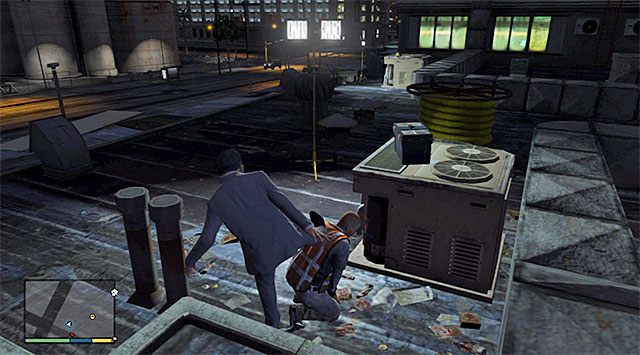 A persons staying on the rooftop

Atop the new roof part, there is a single opponent and eliminating him is the easiest thing to do, because you only need to get him from behind and eliminate him in melee. After that, go right and use the ladder on the right to reach a higher portion of the roof. 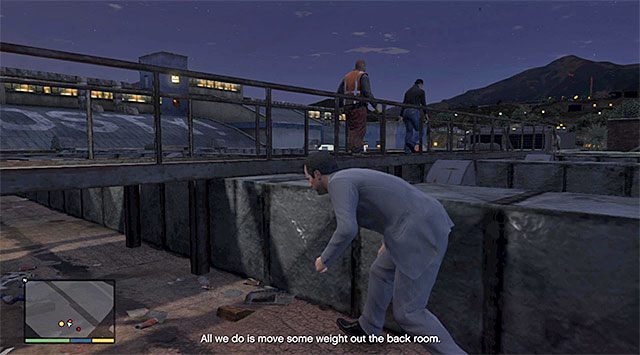 The last ones of the encountered opponents

Keep vigilant here, because, on the balcony in front of Michael, there will appear another two enemies. If you have already sneak-killed three people, you can wait for these to walk away. Otherwise, follow them carefully and make one more use of the combination suggested earlier (time slowing+ silenced firearm). In both cases, you need to reach the ladder and approach the helicopter. 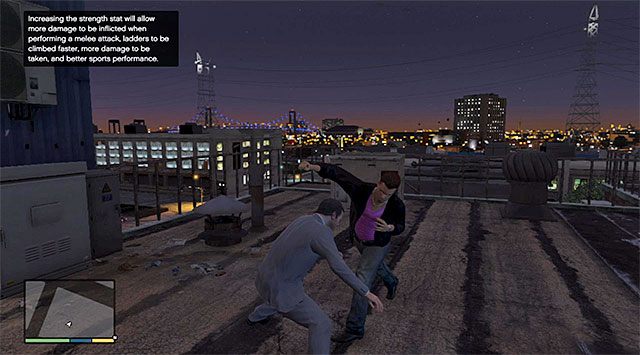 You need to win the fight against Rocco

The game will have Michael here win a fist fight with Rocco. Because your opponent is fit, try to pull off infallible dodges. Otherwise, your character will be taking considerable damage. Continue landing blows until you bring Rocco down. You can now get into the helicopter (Frogger). 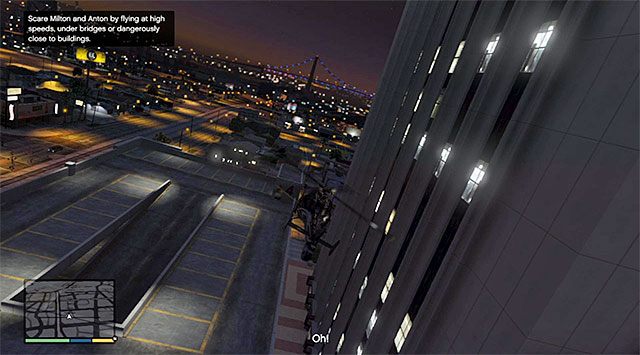 Keep flying right next to the tall buildings

Ahead of you, there is the most exciting part of the mission, because, in an attempt to convince Milton McIlroy to change his mind, you will need to scare him, and the plan assumes that you perform a number of dangerous maneuvers while airborne. You can, for example, try to fly right next to the skyscrapers. 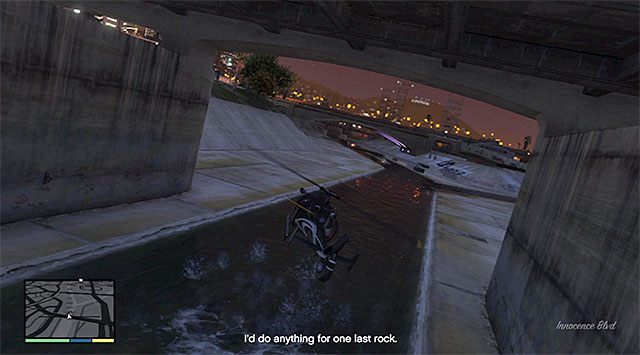 Make sure that you do not hit the bridge

The other effective methods of coercing Milton include flying under bridges and reaching the helicopter's top speed. Regardless of what you decide to do, you should make sure that you do not crash or damage the machine too much. 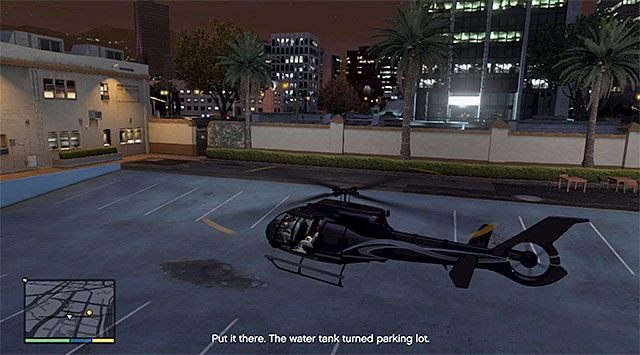 After McIlroy changes his mind, fly back to the filmmaking studio where you have started this mission. You need to land in the large, empty water reservoir (the above screenshot). You only need now to return to Solomon Richards's office and watch the final cutscene.