This page of the guide to Grand Theft Auto V has a walkthrough for mission 45 - The Bus Assassination. Our GTA 5 guide explains how to get a bus and use it to assassinate the target.

Way to unlock: You need to complete Main mission 44 (Vice Assassination). You can now go to the phone booth in the central part of Los Santos, i.e. in the Hawick district (letter L on the world map).

Additional information: This mission is one of the many contract assassinations and you receive it from Lester, of course. In this case both to get to the murder site, and to eliminate the target named by Lester, you will need to use a city bus. 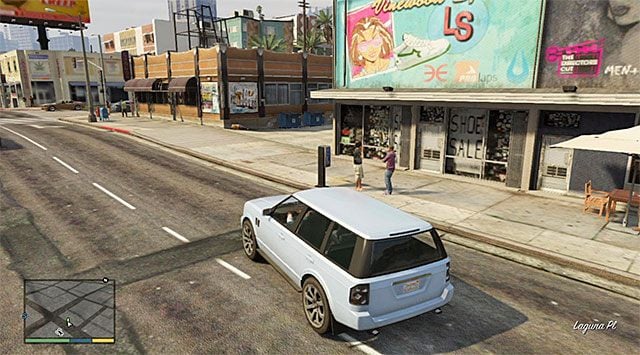 The starting point for this mission is the Hawick district located in the central part of Los Santos. After you get there, you need to approach the phone booth and answer the phone call from Lester, who will explain the details to Franklin. The plan assumes that you assassinate a ruthless murderer Isaac Penny. To your advantage, you will use the fact that he likes commuting to work on the bus. Note - if you deal in stocks and bonds, consider purchasing the bonds of the Vapid corporation, but only after you complete this mission, because only then they will rise in value. 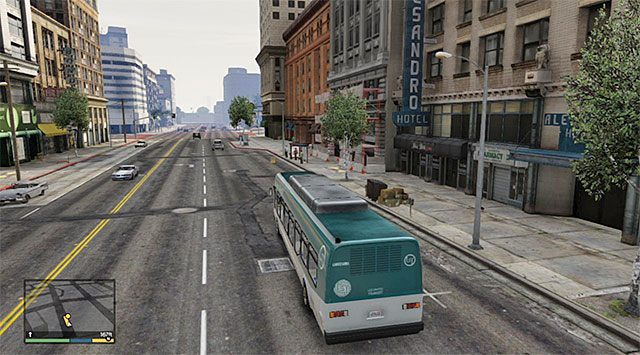 You can now go to the South-East, i.e. to the bus depot located in the Textile City district. After you get there, get into a city bus and start your run by driving up to the consecutive bus stops marked by the game, and stopping to let the passengers in. 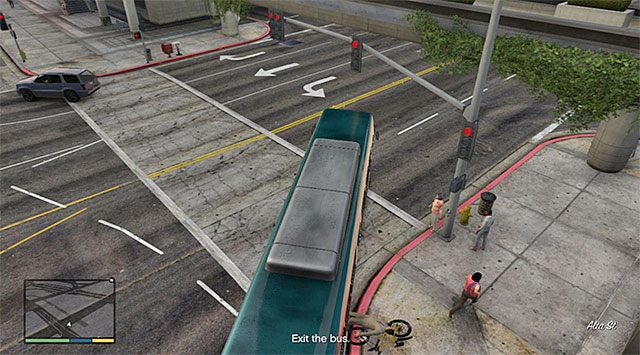 Bump into Isaac while driving the bus

Isaac Penny will appear on the fourth stop that you stop by but, after he smells the rat, he will give up his journey on the bus and decide on a bike instead. Do not get out of the bus and follow the escaping billionaire. Wait until the moment is right and slam into him with large power, which will result in his death. The only thing left for you to do is get out of the bus, walk away from here and wait for the final conversation with Lester.

Rewards and challenges in mission 45 - The Bus Assassination